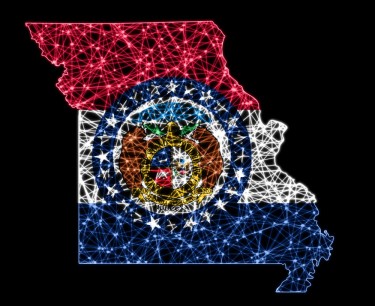 Legal marijuana benefits business. Almost one in ten new jobs in Missouri are associated with the state’s freshly operational medical marijuana business, according to a study of state labour. According to year-end state employment figures, Missouri’s medicinal cannabis business contributed to roughly one out of every ten new jobs statewide in 2021, adding close to 7,000 employees in its first complete year of operation.

From December 2020 to December 2021, the state of Missouri added 77,600 new employment, as reported by the Missouri Department of Labor.

Likewise, the Missouri Department of Health and Human Services said in January that 6,596 state agent ID cards for employees of medicinal cannabis operations had been issued. Since retail sales began in late October 2020, all but a tiny percentage of those cards have been distributed.

The significant job growth represents just the most recent indicator of success for a 21st-century business that has attracted almost 170,000 certified caregivers and patients and will surpass $200 million in retail sales in 2021.

Missouri’s medical cannabis business is delivering on its promise to not only provide safe, inexpensive, and convenient access for patients but also to help infuse the state’s economy with large investments and millions in additional tax income, stated the executive director of MoCannTrade (The Missouri Medical Cannabis Trade Association) Andrew Mullins.

322 establishments, including 185 dispensaries, 63 makers of infused products, and 46 marijuana production facilities, have received approval from the Missouri Department of Health and Senior Services to open as of this year.

To cultivate, produce, test, transport, and dispense medicinal marijuana to patients in Missouri, a total of 386 facilities have received licenses and certifications from DHSS.

Jay Patel, CEO of Green Releaf Dispensaries, faced a steep hiring curve when he opened six retail locations from the ground – up in Mexico, Nevada, Troy, Columbia, Moberly,  and Liberty. He also encountered thousands of applicants who were drawn in by the prospect of working for a start-up company with years or even decades of growth ahead.

He declared that medical cannabis is, without a doubt, the most significant communal investment the state of Missouri has seen in recent memory. The disproportionate economic impact is especially noticeable in tiny communities like Humansville, which has a population of 1,051 and is home to Flora Farms.

The Polk County hamlet now offers residents an alternative to travelling 100 miles round way to work in Springfield thanks to its growing facility and dispensary, as well as more than 200 employees spread across its activities. According to Flora Farms CEO Mark Hendren, the company received more than 1,000 applications from people interested in working at Humansville, as well as at its dispensaries in Springfield and Neosho.

Residents of Missouri with glaucoma, epilepsy, cancer and 20 other qualifying diseases may buy or grow medicinal marijuana with a doctor’s recommendation under Article IX of the state constitution. The law also gives doctors permission to accredit patients who suffer from other chronic and severe illnesses that could be helped by medicinal marijuana, and it safeguards their right to have these discussions.

The Missouri Medical Cannabis Trade Association, often known as MoCannTrade, is a group of entrepreneurs, professionals in the medical field, patients, and locals that are working to make Missouri’s medical marijuana program a success.

Nearly 7,000 employment, or 10% of all new jobs in Missouri, were created in the first full year of medical marijuana operations in 2021, according to the Missouri Medical Cannabis Trade Association (MoCannTrade).

Some of those positions have gone to Raymore. The Source, a medical marijuana dispensary, opened its doors in Raymore in December. It is housed in the former Steak’ n Shake facility off 58 Highway. The city has gained 15 jobs for people as a result.

Medical marijuana has added not only jobs but also some new inhabitants to Raymore. In response to a job opening at The Source, at least one individual relocated from outside the state to Raymore. The fact that The Source is situated in Arkansas implies that both individuals and corporations believe Raymore has a promising future.

The state’s economy may benefit from petitions to make marijuana usage legal for recreational purposes in Missouri, which are now circulating. If one of three initiative petitions is approved by a majority of voters and appears on the November ballot, Missouri might gain even more employment and tax revenue.

‘Legal Missouri’s initiative’, which is one of the three proposed petitions, will do the following:

-Make marijuana legal for adult use (21 and older).

-Allow Missouri residents who have committed nonviolent marijuana-related charges to have their records automatically sealed.

-Put a 6% state tax on cannabis purchases made at retail. Admin fees and processing costs for automatic expungements are covered. The remaining surplus will be distributed equally among Missouri’s underfunded public defence system, drug addiction treatment, and healthcare for veterans.

-Permit local governments to levy up to 3% in local sales taxes.

-New business licenses: Aims to increase industry involvement among disadvantaged groups and small business owners, such as veterans with disabilities, people from high-poverty areas, and people who have previously been charged for nonviolent cannabis offences.

-Lottery: A random lottery will be used to choose all new license holders.

-Increase the validity of ID cards for medicinal marijuana patients and caregivers to three years from one year while maintaining a reasonable price ($25). Missouri residents who opt to produce medical cannabis at home will pay a 50% reduction in the existing $100 charge, and the three-year expiration period will also be included.

-Allow local communities to choose not to participate in adult-use retail cannabis sales by popular vote.

As a result of the legalization of marijuana, the state of Missouri is experiencing a flush of new job opportunities with medical cannabis across the state, generally improving the economy by providing employment and generating income for the state.

MORE ON MISSOURI WEED, READ ON… 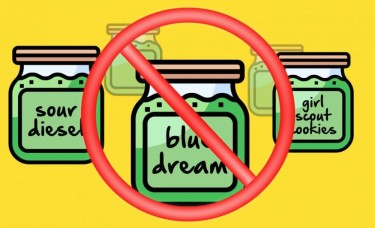 Previous Is Singapore the Next Asian Country to Legalize Marijuana?

Next Fuck You Corporate America, Cannabis Is Never Going Away, Again!

Cannabis and hospitalization go hand-in-hand, according to a new study. Cannabis consumers are 22 percent more likely to visit emergency rooms and require hospitalizations. Led by researchers at Unity Health Toronto, they surveyed 4,800 cannabis users over 12 months. They compared the data with 10,000 people who had never used cannabis. Despite the observational nature …

Is the Canadian Cannabis Experiment A Failure?  – Cannabis News, Lifestyle

What Is the Best Way to Germinate Cannabis Seeds?

The Most Effective Way To Germinate Cannabis Seeds   All cannabis plants start from seed.   Understanding how the seed works early in this stage of its life cycle is crucial to the success of any marijuana grower. Germination is when the seed comes to life: this is when the cannabis seeds begin to sprout …

DOT Reports over 70,000 Truckers Have Tested Positive for Cannabis in the Last 36 Months