Delta 8 THC Feeling – What Does Delta 8 THC’s High Feel Like? 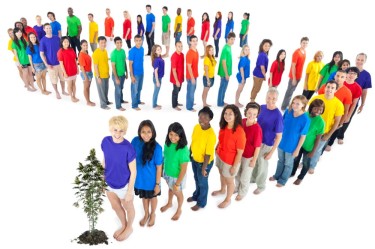 Cannabis has gone from being one of the most prohibited drugs to one of the most accepted within a couple of years. This is easy to see given the increasing rate at which legal recreational and medical marijuana markets are being opened in the country. Though cannabis is still illegal federally, different states have legalized its use within their borders. This is why the results of a poll carried out showed that 52.5 million Americans reported having used cannabis in 2021. Read on as we interpret what these statistics mean for the cannabis industry and support for cannabis legalization across the U.S.

The Federal Substance Abuse and Mental Health Services Administration (SAMHSA) in its 2021 National Survey on Drug Use and Health (NSDUH) reported that 20% of Americans aged 12 or older used cannabis in 2021. This percentage of the population is summed up to be 52.5 million Americans or one in every five people within the age bracket. This makes cannabis the most used substance that is classified as an illicit drug by the federal government. Cannabis is classified as a Schedule 1 drug which is for drugs with no medicinal use and high dependence potential.

The interpretation of the demography of the cannabis users poses some interesting facts that help us to understand the spread of cannabis use in the country. Most cannabis users in 2021 were youths as most fall within the range of 18 and 40. This is the active percentage of the population who use cannabis recreationally for creativity, stimulation, sound sleep, and energetic euphoria. It is also worthy of note that 2.7 million underage users of cannabis were also covered within the scope of this survey. This shows that cannabis usage among underage persons is still on the rise and must be attended to as a matter of urgency.

When compared to other drugs like alcohol, a clear picture is painted of how much cannabis usage grew among Americans in 2021. The result for alcohol usage among Americans in 2021 stood at 133.1 million people aged 12 and above. This is a long way away from cannabis use within the country but it is significant to note that alcohol is not illegal federally. The highest rate of alcohol use was shown between persons aged 18 and 25 (29.2% or 9.8 million people), then 26 or older (22.94% or 49.3 million people), and finally 12 to 17 years old (3.8% or 995,000 people).

This distribution across the population for alcohol use is similar to that of marijuana use among the population and shows active usage among youths. According to Xavier Becerra, Secretary of the U.S. Department of Health and Human Services (HHS), millions of young Americans faced mental health and substance use challenges during the second year of the pandemic. He then stated that the HHS is committed to ensuring that people with such challenges are connected to appropriate services.

The burgeoning sales of cannabis and the increase in the number of users across the country have increased the support for the legalization of cannabis among Americans. This was actively shown by a Gallup poll which showed that 68 percent of Americans support cannabis legalization in the country. This result was even more significant when it showed that support for cannabis reforms was well represented amongst Democrats (81%) and Republicans (51%).

The message of the usefulness of cannabis is gradually spreading across different channels in the country and it won’t be stopping anytime soon. More people are getting in on the action and using cannabis for medicinal purposes such as anxiety, depression, relief from pain, and inflammation. There is also a wide population of cannabis enthusiasts who are making the best use of cannabis for recreational culinary purposes. There are new waves of cannabis-infused goods and edibles which is a reflection of the increase in the number of people that have come to love and accept cannabis in America.

MORE AMERICANS IN WEED, READ THIS… 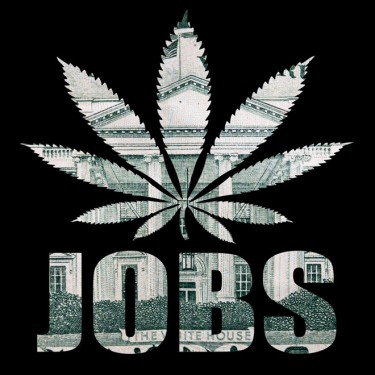 HOW MANY AMERICANS WORK IN THE CANNABIS INDUSTRY?

Previous The Latest Studies on PTSD and Cannabis

Next Mass Adoption of Artificial Intelligence Is Coming, What Can Normal People Do to Mitigate Potential Negative Effects?

On the 11th of August 2022, a 32-year-old Peruvian Harvard Kennedy School student, Rodrigo Ventocilla Ventosilla, was pronounced dead at a hospital in Denpasar, Indonesia, while in police custody. According to reports, Rodrigo was earlier arrested over cannabis possession and was allegedly discriminated against and maltreated by the police.   Ventocilla, a celebrity trans right …

What is the number one thing that pops into your head when you think of cannabis? Most people imagine a person incapacitated for hours. Surprisingly, there have been some speculations and studies that reveal that cannabis can improve people’s creative ability. It can expand the imagination, allowing new insights, theories, and ideas. Consuming cannabis allows …

DUID (Driving under the influence of drugs) appears to be a contributing factor in crashes involving impaired driving. According to the National Highway Traffic Safety Administration’s 2013–2014 National Roadside Survey, there has been a decline in drivers’ alcohol consumption from 1973 to 2013-2014.  On the other hand, there was a rise from 8.6% in 2007 …