There is growing evidence to back up the idea that medicinal cannabis can significantly reduce the need for opioids. In a recent study, 79% of patients, equivalent to four persons out of five, experienced a cessation or reduction in pain medication use following the start of a medical cannabis regimen.

The study provided an individual-level perspective of cannabis substitution for opioids and other prescription drugs. It followed an associated improvement in quality of life over six months. The high rate of cannabis use for chronic pain and the subsequent reductions in opioid use suggests that cannabis may play a harm reduction role in the opioid overdose crisis, potentially improving the quality of life of patients and overall public health.

Research to back up this claim

Medical cannabis is advised for low to moderate but not severe pain, according to Dr. Peter Grinspoon, a Massachusetts General Hospital medical cannabis expert and teacher at Harvard Medical School. Opioids and other medicines are frequently required in those situations. But still, nearly 100,000 people die from drug overdoses each year, primarily due to potent opioids like fentanyl.

A group of researchers under the direction of Carolyn E. Pritchett, Ph.D., of Emerald Coast Research in Tallahassee, Florida, set out to document changes in opioid pain medication use and judgments of how well one’s health was operating. They studied 2,183 Florida medical marijuana users who voluntarily disclosed their use of opioids and medicinal cannabis.

The majority (85%) of participants were white, more than 54% were women, and 95% of the volunteers were between the ages of 20 and 70. Most patients claimed that consuming medical marijuana had improved their quality of life. Many persons (60.98%) acknowledged using opioids before utilizing medical cannabis, and 93.36% reported their prescription was modified as a result.

According to the large sample size study released online in Substance Use & Misuse on September 27, pain and mental health together made up 47.9% of all reported ailments, followed by mental health at 28.9% and pain at 9.1%. The majority of patients stated that using medicinal cannabis improved their quality of life. About six out of ten respondents admitted to using opioids before medical cannabis, and the majority (79%) said they stopped using or cut back on painkillers after starting medical cannabis. These patients stated that they noticed improvements in their physical and social functioning and physical discomfort. Researchers did observe that limits brought on by physical and mental issues did not change.

A vital report from the study indicated that some medical cannabis patients reduced opioid usage without compromising their quality of life or health functioning shortly after medical cannabis use became authorized. Also, 11.5% of the survey participants mentioned enhanced functioning.

The researchers explained their findings, saying,” The results from our large sample size imply that medicinal cannabis on prescription might significantly improve quality of life and reduce opioid harm for individuals with pain. Given that prescription medical cannabis was available less than two years before data collection, medicinal cannabis may play a more immediate part in containing the opioid crisis locally than was previously believed. Our findings support recent claims that the availability of medicinal cannabis led to a decline in opioid usage across Canada and some US states. The team further clarified that their findings support and give further insight into recent studies of longitudinal increases in all quality-of-life domains, including social connections, physical health, and psychological health for medical cannabis users who report reductions in different prescription pharmaceutical usage (including benzodiazepines, non-opioid, and OBPM).

More results from the study

According to researchers,  these results contribute to the expanding body of evidence demonstrating that medicinal cannabis usage may be related to decreases in opioid (and other) prescription medicine used without lowering the quality of life or affecting health outcomes. A recent meta-analysis indicated that cannabis has a moderate to substantial impact on pain relief, with a significant impact of cannabinoids for a 30% pain reduction across 47 randomized controlled studies. These results suggest that using medicinal marijuana to treat chronic non-cancer pain may be a viable alternative.

Assessing The Relationship Between Cannabis and Opioids

About 120 years ago, a Revered scientist and house practitioner to Queen Victoria once described cannabis, exactly Indian hemp, as the most helpful drug in the world. Reynolds believed that marijuana could lessen the demand for opium-based medications, which have a risk of misuse and overdose. The problem with many opiates and sedatives, according to him, is that they only provide temporary comfort that must be paid for with the discomfiture of the future. He stressed that he had never seen such outcomes in case he couldn’t administer Indian hemp.

Ironically, more than a century later, Opioids are a primary healing treatment for extreme pain, while cannabis is criminalized almost everywhere in the world. Thanks to the relaxing of cannabis laws in America, researchers can now compare opioid and prescription painkiller overdoses in states that permit medical marijuana. But it isn’t easy to act on the observed results because of the plant’s classification. The plant is on Schedule I, the U.S. Drug Enforcement Administration’s (DEA) list of the most dangerous drugs, which presents additional challenges for clinical studies.

In a similar research, David Bradford, a health economist at the University of Georgia, also found suggestive evidence that medical marijuana may help people avoid starting to take an opioid medicine. If they don’t start, they aren’t on the way to abuse, misuse, and possibly death.

For better conclusions, more research is needed to clarify or back up existing results on cannabis and Opioids. A major obstacle, as mentioned earlier, is the lack of federal laws, and it Is followed closely by the many ways that cannabis is distributed. Patients in a number of early studies have smoked it, and every puff had a varied THC content. With more contemporary delivery techniques like vaporizers and edibles, the doses that patients receive are even less known.

All studies indicate that cannabis may be an effective treatment for chronic pain and a viable opioid substitute. Cannabis may have fewer hazards and adverse effects than opioids, but it still has some significant concerns. More extensive research and long-term data are required to develop better cannabis medications and foster cannabis reforms in the United States.

DROPPING OPIOIDS FOR CANNABIS, READ ON… 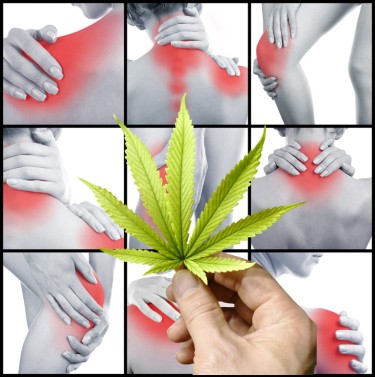 Previous What is Ego Death? - A Look into a Popular Reason Why People are Taking Psychedelics

Tripping Balls in the Metaverse

The metaverse is the in-thing at the moment and it seems like everyone is getting their bit of it. A Miami-based psychedelic startup called Ei. Ventures recently announced that it will be getting in on the act. In its announcement, it disclosed that it had acquired a virtual land estate in The Sandbox. This space …

Will Cannabis Breathalyzers Really Work? Probably Not. Here’s Why:

Cannabis breathalyzers are being made right now, but will they really work? Probably not, but let’s take a look at them. Cannabis breathalyzers work much like their alcohol counterparts. Hound Labs, one of the companies trying to commercialize this new tech, is developing a simple-to-use breathalyzer device. A person blows into a small tube, and …

What are the five best hybrid cannabis strains? Cannabis usually falls into sativa or indica categories. But some growers purposefully cross-pollinate strains to create specialized and unique genetics. They say sativas give you a “head high,” like a shot of caffeine. In contrast, indicas are supposed to make you mellow and relaxed. A hybrid strain …