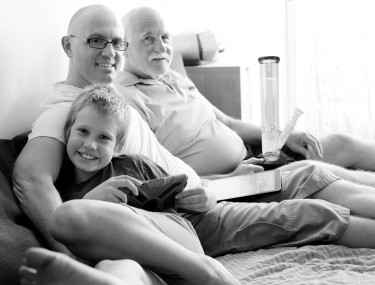 According to the World Health Organization, one in every 100 children have autism.

Autism spectrum disorders (ASD) refer to a wide array of conditions. Despite differences in symptoms, they all have one thing in common: difficulty communicating and in social interactions. Autistic people will have different needs and behavior patterns over time; some may evolve and can live on their own while others will struggle with disability, care, and support.

Anyone who has autism can struggle with quality of life. They generally report having a lower quality of life especially because the condition forces them to isolate socially and they suffer from low self-esteem. Some autistic people may be given medications to help treat aggression and irritability, though they are not always guaranteed to work and may have side effects.

Now, a new study out of the United Kingdom brings hope; it’s also the first observational study of its kind, using cannabis-based medicinal products (CBMP) on . Data from the UK Medical Cannabis Registry (UKMCR) was taken by Sapphire Medical Clinics revealed that after patients took medical marijuana, it was effective in reducing anxiety while improving sleep. Overall health and quality of life was also improved.

To come up with their findings, self-reported data from 74 individuals with autism spectrum disorder was analyzed. Their average age was 33, and they were measured using the Generalized Anxiety Disorder Scale, Quality of Life scale, and Single-Item Sleep Quality Scale. The scores were measured at 1, 3, and 6 months to compare to baseline figures. Since patients have been medicating with cannabis, they found a 33% decrease in the need to use benzodiazepines and 25% decrease in the need for antipsychotic medications. Medical cannabis was also well tolerated by a majority of patients.

“Adults with ASD face an array of challenging symptoms associated with the condition, which can have a devastating impact on their quality of life. The goal of treatment here is not to modify the core traits of autism. These can be valuable and invariably form a core part of a person’s identity,” explains Dr. James Rucker, a consulting psychiatrist for Sapphire Medical Clinics. He is also the study’s senior author.

“Rather, treatment with CBMPs helps to alleviate the burden of associated symptoms including debilitating generalized and social anxiety, severe insomnia, repetitive and distressing patterns of thought, and the emotional distress that can often occur in response to rapid change,” he adds.

Rucker also explains that his team of researchers have applied for funding to do a randomized controlled trial of cannabis medications in patients with ASD. This could help advance treatment options in the United Kingdom.

“The results of this study reflect my clinical experience prescribing CBMPs. However, there is a lack of clinical trial evidence available that informs us all objectively about the efficacy and safety of CBMPs. These findings present a significant step forward for research in this area, although they form only the first step in a longer and more rigorous process of evaluation,” adds Dr. Rucker.

“These findings, whilst promising, do highlight the fact that further evaluation is required to improve our understanding of the potential benefits of medical cannabis for adults with ASD. Essential to this is a commitment to RCTs to inform guidelines and day to day care for those with ASD,” says Sapphire Medical Clinics head of research, Dr. Simon Erridge.

Strong Evidence To Support Efficacy Of Cannabis For Autism Disorders

There are many studies backing up the efficacy and safety of cannabis and cannabis oil, including cannabidiol (CBD), for treating autism disorders in patients of all ages. It’s also safe enough to use in pediatric cases.

Early in September 2022, the results of a Canadian study was released, showing that plant-based CBD oil was safe and beneficial for treating autism. The case study, which was published in Cureus, involved analyzing the long-term use of CBD oil with a 20:1 CBD:THC ratio in a patient who previously exhibited symptoms of aggression and anger due to autism.


After the patient was given CBD twice daily, the child “experienced a reduction in negative behaviors, including violent outbursts, self-injurious behaviors, and sleep disruptions. There was an improvement in social interactions, concentration, and emotional stability,” the study reports.

“In the case study presented, the child patient has shown behavioral and cognitive improvements with no side effects reported…. With the increasing clinical studies on the use of cannabidiol in treating patients with mood disorders, anxiety, chronic pain conditions, and other behavioral problems, it should be considered as a treatment option in managing symptoms related to autism,” concluded the researchers.

In another study out of Israel, also published in September 2022, researchers found that CBD-rich marijuana was beneficial for treating adolescents with autism spectrum disorder. A sample of 82 individuals whose ages were ranging from 5 through 25, were given whole plant cannabis extracts  also with a 20:1 CBD:THC ratio over 6 months. Standard clinical assessments were used to measure the patients’ symptoms before and right after treatment.

The researchers concluded that they saw significant improvements. They added that there was progress in the “….scores of the ASD participants who completed the 6-month treatment protocol with CBD-rich cannabis. Overall changes were mostly driven by improvements in social communication skills.”

“These findings suggest that treatment with CBD-rich medicinal cannabis can lead to significant improvements in social communication skills of some ASD individuals, particularly those with more severe initial symptoms,” they said. “These positive findings motivate further double-blind placebo-controlled studies for determining the efficacy of treatment with specific cannabis strains and/or synthetic cannabinoids,” the researchers concluded.

Given the consistency of autism-cannabis studies, it’s clear that marijuana is the only safe and natural choice that can change the lives of those with autism for the better.

AUTISM AND CANNABIS OIL, READ ON…

I TREAT MY AUTISTIC SON WITH CANNABIS OIL, READ ABOUT DALE JACKSON!

How Mom’s Are Breaking Stigma Around Cannabis

While research and social stigma around cannabis are changing rapidly, a surprising force behind the shift is women and moms. Social media is full of the “wine mom” trope and memes about “wine o’clock” and such, but the reality is many are swapping wine for a joint or gummy to wind down and get some …

The tide might be changing soon regarding the cannabis industry in Ireland. There has been a recent buzz among cannabis reform advocates in the country based on happenings in the National Assembly. A recent move by an Irish lawmaker for a cannabis legalization bill is what is getting many excited and there is good reason …

On April 19, 1943, a Swiss chemist Albert Hoffman decided to take a trip unlike any other. Bicycle Day Genesis Albert Hoffman, a chemist working in Switzerland, ingested 250 micrograms of LSD. He was so disoriented by the effects that in order to get home, he rode his bicycle and experienced one of the most …

In the last several years, cannabis topicals have taken hold in the cannabis market and have even gained the attention of numerous beauty brands. Cannabis topicals, particularly those containing CBD, are seen in many everyday beauty products. With spring and summer right around the corner, this season we’ll explore if can cannabis topicals work for …

As one area of focus in transitioning away from fossil fuels, biofuels appeared to have a promising future. Unlike corn or other biomass used for biofuels, Hemp biofuel has not reached its potential highs. What is Hemp biofuel, what is its potential, and why hasn’t it taken off yet? Hemp’s versatility has always been among …