Is CBL a cannabinoid


The U.S. Court of International Trade (CIT) recently issued an important ruling that may set the course for cannabis accessories to be imported internationally into canna-legal states. The federal court’s order clearly exempts states with cannabis laws from the federal ban imposed by the Controlled Substances Act (CSA).

Cannabis businesses can now import or export drug accessories from or to states or countries that have similar cannabis laws. Cannabis paraphernalia includes any product, material, or equipment that can be used for producing, processing, ingesting, inhaling, preparing, converting, or introducing cannabis products into the human body.

This recent development came to be after the court settled a case between the cannabis paraphernalia company Eteros Technologies USA and the U.S government. In 2021, the U.S Customs and Border Protection (CBP) stopped Eteros from importing cannabis trimming equipment from Canada to Washington. Soon after, Eteros Technologies filed a lawsuit arguing that the devices for imports are meant to trim federally planted hemp.

A Win for U.S Cannabis Businesses

Eteros Technologies’ win is more or less a win for all cannabis businesses in States with cannabis decriminalization laws. According to the lawsuit, in April, the plaintiff, Eteros, had plans to bring in the Mobius M108S Trimmer equipment via Washington’s Baine’s port. When the equipment was brought in for inspection by Customs and Border Protection (“CBP”), CBP delivered Eteros a Notice of Detention. In a prompt reply to the Notice, Eteros explained that although the machinery was designed to be used with hemp, it could also be used with marijuana. It also presented two defenses.

First, The tools were supposed to be used for hemp, not marijuana; thus, they didn’t even qualify as drug paraphernalia; secondly, given that marijuana is allowed under Washington State law, it should be excluded from the import ban even if it met the criteria for drug paraphernalia. Soon after, the CBP delivered a notification reaffirming that the device would remain excluded in accordance with federal laws. In reply, eteros filed the lawsuit.

The US CIT determined that a state or municipality can authorize persons or businesses to manufacture, possess, import, or distribute cannabis paraphernalia, provided they have a license. The court established an exception to the more general CSA prohibition, a finding that could have significant ramifications for ancillary marijuana businesses that have had to negotiate the state-federal cannabis policy clash.

The Justice Department attempted to claim that Congress intended for the restriction to be applied uniformly, but the court rejected this claim, stating that the statutory exemption demonstrates lawmakers clearly envisioned nonuniform applications. A plain reading of the legislation demonstrates that it also protects the paraphernalia items themselves. The court ruled, rejecting the government’s claim that the exception was primarily intended to shield certain individuals from prosecution.

The court’s final ruling is based on the “21 U.S.C. § 863(f)(1) such that § 863(a)(3)’s. c”. From this, CBP will henceforth have no reason to detain or deny cannabis apparatus entry into canna-legal states in the U.S. The court further stated that its role is to define and implement the Act as enacted by Congress and that it is not within its province to weigh policy arguments regarding the merits of legislation or to entertain requests to amend legislation.

In sum, the court implied that if the Government wants a different statute or reform, it can contact Congress with this reasoning.”

The National Cannabis Business Association (NCIA), led by Aaron Smith, expressed its “praise and appreciation” to Eteros “on this crucial subject and bringing about this triumph for the marijuana industry.”

The legal cannabis market, which creates several hundred thousand of employment in the United States, is supported by legitimate firms all over the world, he claimed. It is hoped that this ruling would prevent these law-abiding companies from having to deal with unfair obstacles when bringing lawful goods into or out of the country.

In addition to this concluded case with Eteros, another cannabis company has claimed that CBP acted unlawfully in seizing an import of its extraction products because they were also deemed to be drug paraphernalia. This measure, unlike Eteros’s, was dismissed by the same court. The reason was that the company’s lawsuit concentrated on specific issues with the agency’s notification of the seizure rather than the general importation permit, which were disputed on a technical level. The court explained that the dispute needed to be resolved by a different federal court.

However, there is also growing discussion in the United States about a different kind of cross-border cannabis commerce, with some states taking steps to get ready for interstate trade across the nation once federal prohibition is lifted.

Federal authorities are likely to challenge the case, but stakeholders applaud the ruling. According to a news release from Richard O’Neill, the lawyer who represented Eteros, the court’s decision “is a tremendous triumph for the cannabis sector.”

California Governor Gavin Newsom (D) signed a bill last month that will allow such commerce if the federal government adopts a policy change or when regulations are made to protect the commerce activity.

Nicholas Scutari of New Jersey’s Senate presented legislation in August that would give the governor the authority to negotiate cannabis import and export agreements with other states that have legalized the drug.

The statute in Maine that forbids non-residents from operating medicinal marijuana companies there was found to be unconstitutional by a federal appellate court in August. Legal experts further assert that the verdict may have broader ramifications for the interstate cannabis industry and may complicate social equity initiatives.

As the first judgment of its kind, this might be a truly positive development (and hopefully a trend) for the cannabis sector, particularly at a time when it is struggling with domestic price increases. But it’s crucial to keep in mind that the American government will likely fight this, so there’s no reason to celebrate this as a brand-new legislation just yet. Future changes, which should continue to favor the cannabis business and worldwide import and export, will be carefully monitored by Cannabis.net.

HOW DO YOU MAKE A BONG? READ ON… 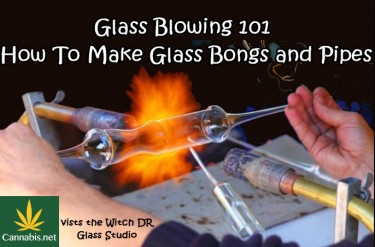 GLASS BLOWING A BONG, HERE IS HOW TO DO IT, WATCH THIS!

Previous Cannabis Company Sued for Not Getting People High Enough

Next Save the Rest of That Joint for Later!

According to a new study published in Lancet Psychiatry, the answer to the question “is cannabis addictive” is an astounding yes. The authors claim that people who use cannabis with higher concentrations of tetrahydrocannabinol, or THC, are more likely to have an addiction and mental health issues. But how much of this is a chicken …

Cannabis diamonds are the most dazzling and potent concentrate. These diamonds are almost 99 percent THCA and the rest is made up of terpenes and other cannabinoids. They are rare and have only been making more of an appearance for a few years. Cannabis diamonds are crystalline versions of isolated THCA, although in some cases they can be made …

Pushing the human body to the absolute extreme sounds insane, but that’s the job of an athlete. Athletes push their bodies to the limit for excellence. We see them perform all year long in various sports from baseball, football, soccer, and those are just seasonal. The Olympic games have become a global event of fitness …

Canopy Growth is not growing. The Canadian cannabis company reported a 4th quarter loss of C$578 million, culminating in a C$4.1 billion loss since 2015. Compared to the previous quarter, revenue crashed. Net sales are down 21% to C$111.8 million. Overall, Canada’s recreational cannabis sales have dropped by 19% or C$39 million. Compared to the …