Will Cannabis Breathalyzers Really Work? Probably Not. Here’s Why: 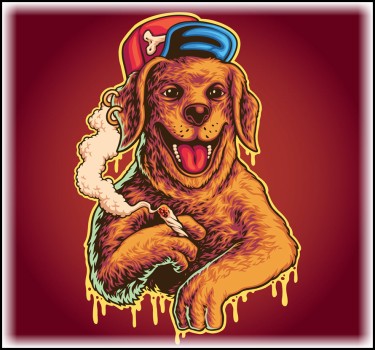 A bill that would permit veterinarians to recommend medical marijuana for animals is on its way to the desk of the California state governor after conclusive votes in the Assembly. Bill AB 1885, proposed by Member of Assembly Ash Kalra, protects pet veterinarians who prescribe marijuana for potential medicinal or health supplement purposes from penal measures by the State’s Veterinary Medical Board.

The bill, which was approved by the California Senate on Monday, also mandates the state’s Veterinary Medical Board to establish rules for veterinarians to observe when prescribing marijuana products. Although several veterinarians’ experiences and circumstantial accounts from pet owners favor a wide range of medical benefits of marijuana for animal use, several pet owners are concerned about the absence of explicit permission under current law.

According to a Fact Sheet on the law, a lot of pet owners are now engaging in activities without clear advice or direction from their veterinarians. According to Jen Seo, director of marketing and partnerships at Nabis LLC, a marijuana distributor in California, the measure will allow more firms to navigate the pet industry.

It is clearly another market that should be explored, Seo said in an interview with MarketWatch. There has not been much medical research, but from first-hand opinion, it has been beneficial [for pets]. It is understandable why people are concerned due to the obvious lack of evidence, but when competent vets and doctors advocate for and support it, it further validates cannabis use in pets.

The adoption of AB 1885 follows the passage of AB 2215 in 2018, which permitted vets to debate the use of marijuana in animals, but the older bill was less clear on avoiding potential punitive action for suggesting marijuana.

The Pet Cannabis Coalition, a recently founded advocacy group, has endorsed the AB 1885 legislation. Tim Shu, the group’s president, is also the CEO and Founder of VetCBD Inc., a marijuana therapy organization. Before the introduction of AB 1885, several professional veterinarians chose to go a safer route and desist from talking about the use of cannabis on pets at all, according to Shu.

IS CANNABIS BENEFICIAL TO THE HEALTH OF OUR PETS?

Among other research, Cornell University researchers discovered in 2018 that a CBD-based medication was effective and safe for pain relief in canines with arthritis and geriatric people. According to the study, “2 mg/kg of CBD twice daily can help boost activity and comfort in dogs with osteoarthritis.”

As stated by the American Veterinary Medical Association (AVMA), “almost eight million California homes own pets.” Furthermore, according to an AVMA poll, the states with the most pet-owning families and the greatest pet numbers are those with the most households, which are California, Florida, and Texas.

Furthermore, the American Pet Products Association anticipated that individuals in the United States will spend approximately $124 billion on their pets in 2021, up from $104 billion in 2020.

The employment measure bill authored by a member of Assembly Bill Quirk is one of the many pieces of marijuana laws that have progressed through congress in recent weeks. The bill which protects workers is particularly one of those that advocates think has been a long time coming in a state that had for a long time legalized marijuana for recreational and medical use.

The bill, after it had passed through the Assembly for the first time in May, passed through numerous Senate committees and shot some amendments before it was sent back for approval at the originating chamber. AB 2811 got a positive conclusive sign-off on Tuesday in a count of 41-15.

According to Quirk’s proposal, it would be prohibited for a business owner to treat a person unfairly while making employment decisions, terminating their job, or imposing any other terms or conditions on them. With some exclusions for certain occupations, such as government workers or those who work in construction, it would do away with employment-based THC testing.

The main justification for the change is the fact that the majority of urine-based drug tests used by employers only look for dormant THC metabolites that can sometimes linger in a person’s system for several days or weeks following cannabis usage.

People who consume cannabis off-duty, as permitted by state law, are unfairly discriminated against, according to advocates of the current approach. The proposal would still allow employers to continue maintaining a drug-free environment and discipline employees for showing up to work while still intoxicated.

Some other states have established marijuana-related workplace rights primarily for patients of medical cannabis, but California extends those rights not list to medical cannabis consumers, but also to adult-use consumers as well who are acting according to the state’s law. However, the Department of Labor of the state also established new regulations prohibiting companies from conducting cannabis drug tests on the majority of their employees after New York legalized marijuana for recreational use.

The mayor of Washington, D.C., Muriel Bowser (D), also approved a law last month that prohibits most employers from sacking or otherwise penalizing staff members for marijuana usage. Back in California, if passed, Kalra’s AB 1885 would stop authorities from punishing veterinarians who advise using marijuana for medical purposes for animals and update state law to define marijuana products meant for animal consumption. The Veterinary Medical Board also would have to establish regulations for medical marijuana recommendations.

Studies are still ongoing in order to know the full potential or capabilities of medical cannabis to benefit humans, and now animals have come into the equation. Some research is being done on the animal front, like the one at Cornell University, these studies along with the personal experiences and suggestions from professional veterinarians have encouraged the new bill that would allow Vets to prescribe cannabis to animals.

VETS FOR WEED, READ ON…

VETS THINK CANNABIS CAN BE GOOD FOR DOGS, BUT PRESCRIBING IT?

This is how you fight the system Cops in my state posted a "mental health Monday" video about how awful and dangerous medical cannabis is even though it’s legal here. Someone remixed it lmao from ACAB cops_in_my_state_posted_a_mental_health_monday/   There are many ways that you can stand up against the oppression. For the longest time, that …

Spring is in full swing (unless you are in the Prairies or parts of Eastern Canada – It’s snowing) and the public health orders are almost non-existent… It’s about to get freaky out there. With that in mind, let’s take a look at some strange sex; here’s an obscure and unusual fetish crossword!  X Sinful …

Thailand Went From Having The Strictest Drug Laws To Now One Of The Most Relaxed In The World – But Not For Tourists   Historically, cannabis has long been part of traditional medicine used in many Asian nations, including Thailand, where the tropical weather is perfect for cultivation. It has been used to treat many …