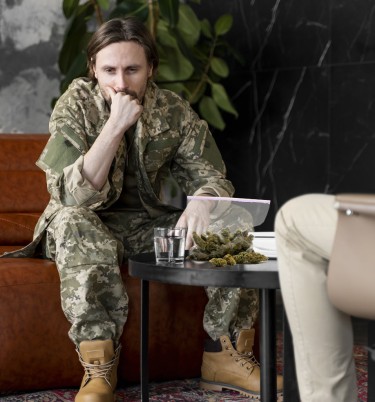 The government of Canada places a high value on the well-being of its veterans compared to their neighors to the South. One of the ways it sought to show this is by setting up a reimbursement policy for the medical use of cannabis by veterans. This policy was implemented after input from all concerned stakeholders and  medical experts. However, since its inception, the amount incurred by the government for the policy has increased at an exceptional rate. Read on as we explain how Canada spent $135 million in the last fiscal year on medical cannabis for veterans.

The policy for reimbursing veterans for medical cannabis use was announced on November 22, 2016. Alongside the policy, a benchmark of three grams per day was set as the limit. The Department also went further to modify the policy by reimbursing veterans for the equivalent of three grams of cannabis in fresh marijuana and marijuana oil. This equivalent was also set at a fair market value price of $8.50 per gram where the veterans are charged and the Department reimburses. This rate was used whether the product is dried cannabis or its equivalent in cannabis oil or fresh marijuana.

The benchmark for three grams for reimbursement was reached by the Department after considerable research and consultations. A panel of medical experts was consulted by the Department and they recommended that a cautious approach should be taken towards the use of cannabis for medical purposes. The majority of recommendations for a daily limit was one or two grams per day. The Department then reviewed available scientific findings and correlated that with the input from the veterans, licensed producers, and other stakeholders. This helped in reaching the benchmark of three grams which is also in line with the 2.7 grams per day every Canadian is authorized for by Health Canada.

The expansion of the products the reimbursement covers is concurrent with the 2014 regulations of Marijuana for Medical Purposes Regulations (MMPRs). The regulation as modified by Health Canada removed the limitations of authorizations for specific conditions and the requirement for authorization by a specialist. The onset of the new regulations saw a spike in cannabis for medical cannabis purposes. This spike is what led to the country spending $135 million on medical cannabis for veterans in 2021 only.

The journey that brought Canada to where it is now with respect to reimbursements for medical cannabis for veterans started a while back. It is important that we trace the timeline so we can see how it all fits and how Canada got to where it is now. The first step took place in 2007 when Veteran Affairs Canada reimbursed a veteran for medical cannabis based on compassionate grounds. After this first move, the number of reimbursements continued to increase at tremendous cost.

The earlier reimbursements carried out by Veteran Affairs Canada were covered under Sector 4 of the Veterans Health Care Regulations. This Section was in accordance with the Marihuana Medical Access Regulations of Health Canada. However, this regulation has a limitation in that there is a requirement of authorization by a specialist only, and it is only for some conditions and circumstances. This limitation greatly affected the number of participants that came on board for the program as many were deterred by the requirements. There was also a possibility of many getting their cannabis products from illicit markets.

The introduction of Marijuana for Medical Purposes Regulations by Health Canada removed some of the earlier limitations. Some of these limitations include authorization for specific conditions and the requirement for authorization by specialists only.  This allowed more veterans to resort to medical cannabis and further increased the cost of reimbursement. Reimbursement skyrocketed from $408,809 in 2014 with 77,012 grams used by 112 clients to $5,160,747 for 494,927 grams used by 628 clients in 2015. By 2021, the Department had serviced 15,369 clients with $119,264,105 for 14,463,796 grams of cannabis used.

The truth is that on the present track that the Veteran Affairs is on, it could easily be paying over $200 million for reimbursements by the end of 2023. This is certainly the views of many and advocates and experts are trying to cite reasons for the dynamic surge. Increasingly, more veterans are relying on cannabis for different conditions with special variations in their dosage and frequency. Some have argued that the increased usage of cannabis by veterans has kept them off opioids and other problematic narcotics. Reports have also shown a reduction in the use of alcohol among veterans which can also be linked to the increase in the use of cannabis.

Some of the reasons that have been faulted for helping to increase the number of users include the COVID-19 pandemic, increased awareness, reduction in stigma and stereotyping of cannabis users, and the industry for medical cannabis for veterans. These facts singularly have a dynamic impact on the cannabis-using population in any region of the world. When we combine their effect as it is in Canada, we see an effect such as the surging increase in the number of users. What this means is that in the nearest future, the number of users is expected to increase and the amount paid in reimbursement increase alongside.

It’s good news to see that cannabis is doing much good for veterans in cannabis. This can be deduced from the increasing number of clients yearly. However, there is still lot of work to be done. This is because there is limited clinical evidence to support the efficacy and safety of cannabis for long-term use. It is therefore important that proper research is carried out to fully understand and maximize the benefits of medical cannabis for sake of the veterans and the public at large. Till then, it seems Canada will have to continue to foot the bill for medical cannabis for its veterans and more veterans will continue to come on board. 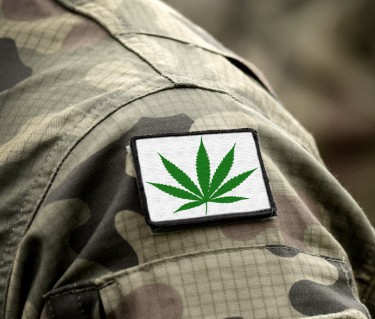 CANNABIS BRANDS FIGHTING FOR VETERANS, YOU BET, READ THIS!

Next I Just Do CBD, Not THC

Less discussed regarding myrcene is its ability to prevent the metabolism of certain drugs by inhibiting an enzyme. As a bonus, toxins become less effective which prevents adverse reactions from the terpene itself. Myrcene purportedly affects THC potency in more ways than one, though. In da’ couch with myrcene Terpenes are a vital asset to …

It is only 15 years since the first vaporizer appeared on the market. But in that time, vaping has evolved into an $18 billion industry, and one that is predicted to grow tenfold by 2030. Vaping is predominantly associated with nicotine as a healthier alternative to cigarettes, but there is growing enthusiasm for vaping cannabis. …

Dune’s drug economy is not as fictional as it appears. It can be read as an allegory for many real-world events: the Scramble for Africa, the colonization of the New World and more. Indeed, Author Frank Herbert drew from many real-world experiences to build his world and create the iconic and troublesome melange, which was …

In the early days of January 2022, everyone knew the Omicron variant wasn’t that deadly. The original strain had a 99% survival rate for people under 60. Despite the fear-mongering in the media, the data coming out of South Africa was pretty clear. The coronavirus wants to survive and evolve and it can’t do that …