Cannabis Sales Are Slowing, But Magic Mushroom and LSD Sales Are Booming, What Gives? 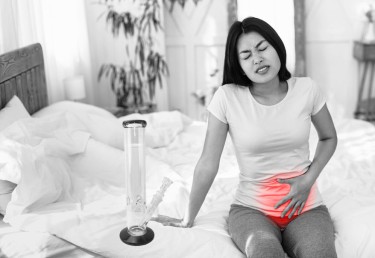 Pelvic pain, a general term referring to pain in the area around the reproductive organs, can affect both men and women.

There are many reasons why pelvic pain may occur. These may be due to an infection, endometriosis, pain within the pelvic bone, issues in the colon or bladder, or even problems with some of the reproductive organs such as the ovaries, uterus, or fallopian tubes. Other possible causes of pelvic pain include appendicitis, kidney infections, testicular disorders, bladder disorders, or intestinal disorders among others.

Depending on the cause and condition of pelvic pain, there are various treatment options available but studies show that cannabis can help.

The endocannabinoid system is made up of an incredible network of receptors around the body, helping to regulate numerous functions. The reproductive system, especially those of females, features a high concentration of receptors, which is why so many women experience relief from a variety of pelvic and reproductive conditions when they use cannabis.

The two primary cannabinoids in the plant are THC (tetrahydrocannabinol) and CBD (cannabidiol). They work in several ways to address pain in the body; for example, THC stimulates the cannabinoid receptors in the brain which then activate the reward system, and decreases our pain perception. However, THC is psychoactive and results in a high – which some people enjoy while others do not. On the other hand, CBD doesn’t make you feel high but it still works to reduce pain by activating pain receptors in the brain for pain relief while also reducing inflammation.

Cannabis For Pelvic Pain: What The Studies Say

In a 2021 study conducted by researchers from the University of Michigan, Department of Obstetrics and Gynecology analyzed 1,382 women with chronic pelvic pain and fibromyalgia, as well as their CBD consumption patterns. More than a third of the women said they were current CBD consumers, and among them, 81% reported improvements in their pain because of CBD. Meanwhile, 76% said that they used CBD in place of other medications such as benzodiazepines, opioids, and NSAIDS; they reported benefits in depression, anxiety, sleep, as well as overall health after CBD use.

A 2020 study also revealed similar results. Investigators from Mayo Clinic polled 113 women in Florida who were suffering from pelvic and perineal pain. The results, which were published in the medical journal, Journal of Women’s Health, revealed that over 20% of subjects were self-identified cannabis users. Out of this cohort, 96% reported benefits in at least one symptom including sleep issues, cramps, and pain.

“To our knowledge, this is the first study in the United States, which evaluated the prevalence of cannabis use among women with CPP [chronic pelvic pain]. Our findings show that a clinically significant percentage of women use cannabis in addition to or as an alternative to traditional therapy for chronic pain,” report the authors. “Users indicated that cannabis improved CPP-related symptoms, decreased reliance on the health care system, and helped reduce use of opioid medications. Our findings provide important incremental evidence, and we hope to pave the way toward acceptance and consideration of cannabis as a therapeutic option for patients with debilitating pain to improve their quality of life,” the authors concluded.

Among patients with endometriosis as the primary cause of pelvic pain, cannabis helps too. A 2020 study out of New Zealand analyzed medical cannabis consumers who had either polycystic ovary syndrome (PCOS) or endometriosis. The participants used herbal cannabis, though at the time of the study, it was still not legal for medicinal use in New Zealand.

The respondents were asked to rate the effects of cannabis using a scale of zero to 100. Almost 6 in every 10 respondents said that they were able to stop taking prescription drugs after consuming cannabis via inhalation. They were also able to completely stop taking opioids, which is sometimes prescribed when pain of any kind is already severe – despite the dangers of opioids.

“Cannabis, most commonly inhaled via a pipe, joint, or bong, was considered by our respondents with endometriosis and/or PCOS to be very effective for the management of their symptoms especially in regard to pain, sleep, and gastrointestinal symptoms,” said the study’s authors. “Respondents reported clear evidence of a substitution effect, where the use of cannabis reduced or replaced other pharmaceutical medications, especially with respect to opioid-based analgesics, and also to other medications commonly used in the management of endometriosis-related symptoms,” the authors added.

“Self-reported community data, such as these, add to the growing body of evidence that medicinal cannabis may be a potentially effective part of a multidisciplinary toolkit to manage the symptoms of endometriosis and support reduction of other classes of medication, including opioids,” the authors concluded.

More and more studies are coming out backing the benefits of marijuana for treating dozens of pain-related ailments. It has saved countless lives especially for people who have been successfully able to wean off dangerous, fatal, and addictive opioids.

Despite that, marijuana is just as effective as, or even better than opioids when it comes to pain relief. Depending on the kind of cannabis you choose to medicate with, always do so with caution. For example, medicating with THC-rich products may cause you to experience the plant’s psychoactive effects, depending on how potent the contents of your medicine may be. If you don’t want to experience a high, you are better off taking CBD products. Always be sure to talk to your medical provider before self-medicating, especially if your condition is severe.

CANNABIS AND PELVIC ISSUES, READ ON… 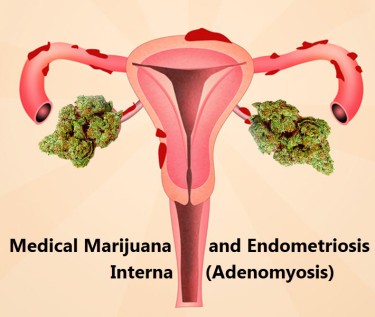 MEDICAL MARIJUANA FOR ENDOMETRIOSIS, READ ON!

Previous Why Do 80% of the People in Hawaii Prefer Illicit Market Cannabis over State Licensed Legal Dispensaries?

An online survey conducted by EKOS says 33 percent of Canadians are OK driving high on cannabis. Although the language of the survey findings report insists this is “drug-impaired driving.” The survey doesn’t address the assumption that cannabis-influenced driving is harmful. It merely parrots the established narrative and then records Canadian responses. Fortunately, Canadian cannabis …

As of the time of writing, 18 states and the District of Columbia have already legalized marijuana for recreational use. A majority of US states have also approved it for medicinal use. In these areas, it’s legal for adults over the age of 18 – parents included – to consume marijuana the way they would …

If you’re new to psychedelics, tripping for the first time can seem intimidating, even scary. If you are intentional about the experience and take the time to adequately prepare for the psychedelic trip, you can help mitigate the nervousness you’re experiencing and be prepared if it gets overwhelming.  If you’ve started researching psychedelics already, you …

Terpene profiles will soon be commonplace among cannabis consumers. Rare profiles with a variety of terpenes comprise exotic cannabis chemovars — also known as strains. Albeit less common, some exotic cannabis genetics and at least one traditional cultivar can produce humulene. Humulene is closely related to the more common terpene, b-caryophyllene. Due to a different double bond in their …