Turns Out Cannabinoids Are Responsible for Our Runner’s High 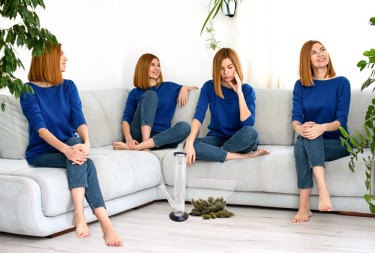 Around 46 million people around the world struggle with the symptoms of bipolar disorder.

Bipolar disorder can disrupt daily life, affecting relationships and ability to work. There are three kinds of bipolar disorder: Bipolar I, whose symptoms include manic episodes that can last at least a week and may even require admission to the hospital. Bipolar II is characterized by patterns of manic and depressive episodes, particularly elevated moods that make patients more agitated and energetic. The third type is known as cyclothymic disorder, whose symptoms include a rapid cycling of high and low mood swings, going from excessively energetic and happy to depressive in a switch.

Cannabis is a safer, more natural alternative that can help patients with bipolar disorder.

A brand new study, whose results were presented at the Neuroscience 2022 conference, reveals that marijuana may have “uniquely beneficial effects” for this condition. Researchers presented the findings of a study that sought to understand how cannabis affected cognitive and goal-directed behaviors among people with bipolar disorder. They specifically found that cannabis was effective in improving cognitive function while helping reduce risky decision making, which is common among individuals with bipolar disorder.

The researchers also suggest that cannabis reduces the dopaminergic activity in the brain to help suppress its symptoms.

There have been similar findings in other older studies.

According a 2018 clinical trial data, researchers found that cannabis consumption is linked to improvement in clinical symptoms of bipolar disorder. It also doesn’t negatively impact cognitive performance, they shared. Researchers from Harvard Medical School, McLean Hospital, and Tufts University analyzed the impact of cannabis on cognitive function and moods among patients who have been diagnosed with bipolar disorder. This marked the first clinical trial to ever be conducted with the goal of analyzing how marijuana affects neuropsychological performance and mood.

They found that cannabis use resulted in reduced scores for depression, anger, and tension. It was also associated with increased vigor. However, patients who consumed marijuana also showed no significant changes in cognitive performance compared to subjects who abstained.

A significant portion of the population do not even know they have bipolar disorder. They do, however, experience mild symptoms of mood swings and other symptoms of dysregulated moods. For them, cannabis can also help.

A 2020 review from researchers at The University of New Mexico involving the analysis of real-life information taken from the Releaf App found that cannabis was effective in treating the symptoms of depression. “One of the more interesting findings from this study, is that cannabis flower with relatively high levels of tetrahydrocannabinol or THC is particularly associated with immediate reductions in the intensity of depressive feelings,” explains researcher Jacob Miguel Vigil. “With no end to the depression epidemic in sight, and given the limitations and potential severe negative side effects of conventional antidepressant medications, there is a real need for people to be able to treat mood disturbances with natural, safe, and effective medications, and the cannabis plant checks off all three boxes,” said Vigil.

Boosting the endocannabinoid system with the use of cannabinoid-based products has been shown to positively impact the neuroendocrine, neurotransmission, and neuroimmune systems. These systems are all greatly affected by those who suffer from depression and other mood disorders such as bipolar disorder.

In a 2006 study out of Montreal, researchers found that increasing the amount of endocannabinoids produced by the brain is effective in improving one’s mood. Investigators from the McGill University Health Center revealed that using the synthetic URB579 agent resulted in “potent anti-depressant-like effects” in animal models because it was successful in preventing cannabinoids from degrading.

It was the first study to ever prove that something external can help boost cannabinoids and overall mood.

According to lead researcher Gabriella Gobbi, “This is the first time it has been shown that a drug that increases cannabinoids in the brain can improve your mood,” she said.

Additionally, a 2020 report from BMC Psychiatry found that whole plant cannabis and plant-based cannabinoids are effective in improving moods and sleep while reducing anxiety and psychotic disorders.

While the body of research on cannabis for bipolar disorders is fairly young, the studies and anecdotal evidence is promising. If you or a loved one struggle with bipolar disorder and want to use cannabis or CBD products, be sure to do so with the guidance of your physician.

MEDICAL CANNABIS AND BIOPOLAR, READ ON.. 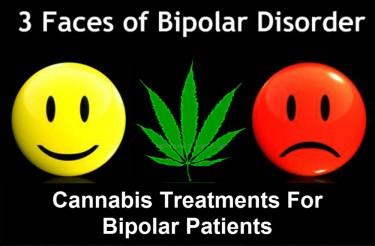 Next What is a Jamaican Steam Chalice and Why Should You Try Smoking Weed Out of One?

If you’re a fan of the show Trailer Park Boys, odds are you’ve heard of hashcoins. In the show, one of the main characters presses his hash into circular coin-like objects and uses them as a currency in the local economy. It’s a funny take on a small-time cannabis grower who’s always short on cash but …

Feature image courtesy of aigas.co.uk Are you a cat person? Do you vibe with felines? If so, this crazy cat facts crossword puzzle is purrfect for you. For all the dog people willing to try their luck, have no fear! This is not the writing of a crazy cat lady; I offer only facts… with …

What’s cannabis legalization in the US Midterms look like this year? We’ve got five states with legalization measures on the ballot. If all five go through, cannabis will be legal in nearly half of the United States. The five states that could legalize cannabis on November 8th are Arkansas, Maryland, Missouri, North Dakota and South …

The Strings Connecting Cannabis and Yoga

Chilling out and finding inner peace has been gaining popularity in this modern world that is buzzing with noise and bursting with energy. To combat the mounting stress, both yoga and cannabis provide venues to escape. These ‘tools’ enable people to find their quiet spots or happy places, even for just a speck of a …