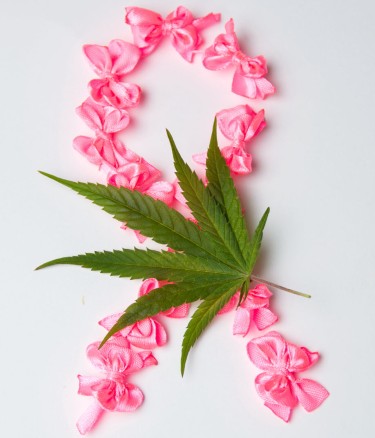 The big C has a tremendous impact on society and families around the world.

According to the Centers for Disease Control and Prevention, there were over 1,750,000 new cancer cases in 2019 alone, and around a third of that died from cancer. Unfortunately, there is still no known cancer cure though the evolution of medical technology continues to save more lives. But cancer patients, along with their families, still have to face hardships: treatment with side effects, expensive and addictive medications for pain, poor quality of life, and emotional anguish.

But perhaps cannabis can make things a little simpler.

Researchers from the Upstate University Hospital in Syracuse sought out to analyze how patients with advanced cancer responded to medical marijuana treatment.

Participants for the study were enrolled in New York’s MMJ registry. “The goals of this study were to review the characteristics of patients who received medical marijuana under our ambulatory palliative care program and to determine barriers to access and use of medical marijuana in this population,” says the study.

“Data from June 2017 to June 2020 were analyzed. Patients were included if they had a diagnosis of cancer, were certified by a qualified practitioner in the New York Medical Marijuana Program, and received care at Upstate Medical University,” it reads. “Patients were excluded if no marijuana certificate was found or if they transferred care.”

The researchers found that advanced cancer patients who used medical cannabis had positive effects. “Ninety-three patients (51.5%) received at least one prescription from a New York licensed marijuana dispensary while 72 (39.13%) were certified but never obtained any medical marijuana,” they wrote. “For patients who took at least one dose of medical marijuana, 48.14% experienced an improvement in pain, 44.95% used fewer opioids, and 85.11%   had an improvement in at least one symptom. Adverse effects were low at 3.72%.,” says the study.

The research adds that “medical marijuana appears to have an important role in palliating symptoms of advanced cancers with few adverse effects.” The researchers also called on more studies to determine optimal dose and delivery for patients.

Cannabis For Cancer Treatment Is Promising

There’s still much that even experts are unsure of when it comes to understanding how cannabis can help with cancer. Several other aspects can make it slightly more complicated, such as the cannabinoids used and the kind of cancer.

In another recent study out of Israel, researchers assessed the cancer symptoms of several hundred patients over the course of 6 months. They found statistical improvements in symptoms and a significant decrease in their need for painkillers.

The researchers concluded that cannabis was associated with reduction in cancer symptoms, reduction of prescription drug consumption, and better quality of life. Almost half of the cancer patients who finished the trials no longer needed painkillers. “The main finding of the current study is that most cancer comorbid symptoms improved significantly during six months of MC [medical cannabis] treatment…. Additionally, we found that MC treatment in cancer patients was well tolerated and safe.”

There are also over 100 natural cannabinoids that we all need to learn about, which means that there is no one-size fits-all approach in using cannabis for cancer treatment.

The American Cancer Society acknowledges that THC and CBD have the ability to cause cancer cell death or slow the growth of cancer cells. They may also prevent cancer from spreading. They base it on early clinical trials in humans. “While the studies so far have shown that cannabinoids can be safe in treating cancer, they do not show that they help control or cure the disease,” they say. Certainly more research is needed to maximize the therapeutic ability of cannabis, though there have been many anecdotal cases of individuals saying that cannabis has helped treat their cancer.

There are several studies that support the therapeutic properties of cannabinoids for cancer patients. In fact, cancer patients can benefit in several ways from using cannabis:

Cannabis has been shown to be successful in helping cancer patients manage these conditions: it reduces nausea, improves appetite, mitigates pain, and helps improve sleep. All of these are critical for healing. In addition, several studies have shown that using cannabis together with chemotherapy greatly improves prognosis.

“The CBD variety looks to have greater efficacy, low toxicity and fewer side-effects, which potentially makes it an ideal complementary therapy to combine with other anti-cancer compounds,” says Dr. Dun.

Current studies on marijuana for cancer are hopeful, and patients who want to explore using cannabis for cancer are recommended to talk to their doctors. They may be able to provide a dosage and consumption method that is best suited for your specific medical needs. 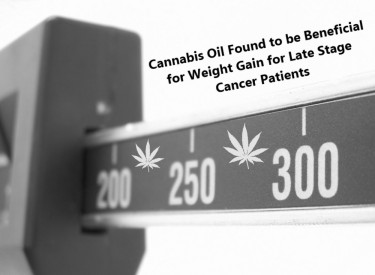 Previous The Top Cannabis-Based Products in 2022

Next $20,000 To Allow Recreational Marijuana in Your Town? Maine Tries Paying Cities $20k to Let Rec Weed In!

A study published in Nature’s Scientific Reports documented the release of toxins from a tattoo pigment. Irradiation from laser removal or heat forces the substance to break down. But the dye that releases hydrogen cyanide is also an inert ingredient in specific pesticide formulations. Ovens do not reach the temperature required to break down the …

Pregnancy-related nausea is one of the most common experiences among expectant mothers.   Around half of expecting mothers experience it. The nausea can strike any time: day or night, and for some, it can last the whole day long. It varies in severity; some people only have mild nausea while for other women, it can …

Harvest 2022 has arrived, and more marijuana than ever before will be ruined this harvest across America. But shouldn’t we recognize the abundance of the yearly harvest? Sure. There will be numerous opportunities to do that. But today, we’re dedicating the harvest to the people who will ruin it.   Some people will follow all …