How soon will we see cannabis legalization in the Czech Republic? Sooner than you think. With cannabis already decriminalized and medical cannabis available since 2013, recreational legalization is one step closer.

Prague wants cannabis legal by 2023 and intends to coordinate with the Germans.

Cannabis Criminalization in the Czech Republic

Didn’t cannabis legalization already occur in the Czech Republic? That’s the impression some tourists get when they visit the former communist state.

Prague’s cannabis culture is similar to Vancouver, British Columbia. Wherever you go in the city, you can smell cannabis. Posters and stickers feature the iconic leaf and where you can find it.

Above-the-board shops and grocery stores sell food and drinks containing cannabinoids. Of course, these legal outlets don’t sell products with more than 1% THC. But the cannabinoid market is already more accessible than in Canada or one of the legal US regimes.

If caught with up to 10 grams of cannabis flower, hashish or oil, you face a €500 fine. The same goes for growing up to five plants. Possession of more significant amounts results in a criminal offence with possible jail time.

That said, like many regions pre-legalization, the Czech Republic has a medical cannabis program. This allows people with a doctor’s prescription to buy cannabis at a pharmacy.

Cannabis cultivation is illegal in the Czech Republic, so they import from the Netherlands.

Cannabis consumption is widespread in the Czech Republic. According to a report released in August 2022 by the National Monitoring Center on Drugs and Addiction, 30% of adults have tried cannabis. 8-9%, or 800,000 people, use it regularly.

While not the numbers of Germany, on a per capita basis, the people of the Czech Republic love their cannabis. The Czech Republic ranks first among all EU countries with the highest number of cannabis consumers in the 15-34 age group.

The Czech Republic also debunks the long-abandoned notion that cannabis is a “gateway” drug. Despite such high use of cannabis, the Czech Republic does not rank first in the use of hard drugs.

Cannabis Legalization in the Czech Republic

As common among governments, even those of the former Eastern bloc, the reasons for cannabis legalization have nothing to do with your bodily autonomy.

Cannabis legalization in the Czech Republic is a means to solve the “failure” of decriminalization. According to the government, a black market still exists, and there is no control over sales to young people.

But more importantly, and left unsaid, was the amount of nontaxable revenue the Czech Republic cannabis industry creates.

This is why governments are legalizing cannabis. People are growing it anyway. You might as well control and tax it.

We can expect the Czech Republic drug commissioner to present the bill’s first draft in March 2023. The idea is to treat cannabis like alcohol and cigarettes.

While Germany wants a closed domestic market to skirt EU and UN rules, Prague is interested in working alongside the Germans and supplying each other.

And that’s the most exciting part of cannabis legalization in the Czech Republic. When they say they want to treat it like alcohol and cigarettes, many of us may groan and roll our eyes.

But consider, how does the Czech Republic deal with alcohol and cigarettes?

From Communist Colony to Free Markets

The Czech Republic isn’t some landlocked libertarian paradise situated in Europe. But it isn’t an authoritarian hellscape, either.

Many former Eastern bloc countries – like Ukraine – have had trouble climbing out from the ashes of socialism.

Not the Czech Republic. They were ready to secede back in the 1960s when they were called Czechoslovakia. The Prague Spring was an attempt to liberalize the economy, but a Soviet-led invasion ended the movement.

Finally, in 1989, the Velvet Revolution ended socialist rule in the country and in 1993, the Czech Republic was born.

Of course, the Czech Republic suffers from the same democratic excesses as other countries. Like Republicans in the US, Czech politicians love to pay lip service to free markets but then run deficits and implement costly regulations.

That said, beer and cigarettes are barely regulated compared to a nanny state like Canada or the State of California.

That’s not to say there aren’t any government regulations on these products. And plenty of people criticize the micromanaging of what makes a “proper” Czech pilsner.

But the fact remains: beer is cheaper than bottled water.

Likewise, the “experts” consider the Czech Republic to have one of the poorest tobacco controls in Europe. (Although, after years of international criticism, the Czech government passed a ban on indoor smoking in 2017.)

There’s a possibility that the Czech Republic’s cannabis legalization may be as free and open as their alcohol policies.

And with Prague being Europe’s fifth most visited city, with over 1% of their population working in the tourist industry, they’d be wise to liberalize cannabis legalization.

Suppose the Czech Republic government takes this laissez-faire approach to cannabis legalization. In that case, they may end up with the freest cannabis market in the world.

While at the same time, the rest of the world places strict “public health” controls on the nontoxic, natural herb.

Previous CBD Stores and Vape Shops are Booming in California 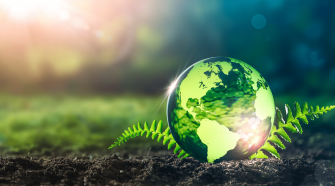 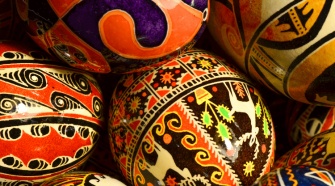 Have you ever made a pysanky egg, also known as Ukrainian Easter eggs? If you haven’t, the time has come. This year, Ukrainian Easter is celebrated on April 24th but in North America, we celebrate this weekend. For the next week, it’s time to get down for some serious egg decorating. If you got supplies … 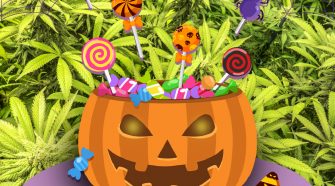 Halloween Is Coming Up! How Parents Can Ensure Kids Don’t Accidentally Ingest THC Edibles   People who give children THC edibles give all the other responsible consumers a bad rep.   And with Halloween just around the corner, it’s important for parents to keep their kids safe from THC-infused edibles disguised as candy. For us … 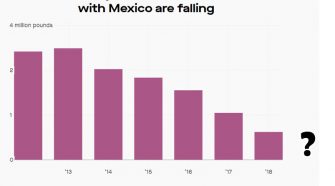