Smokeless Tobacco – What You Should Know About It 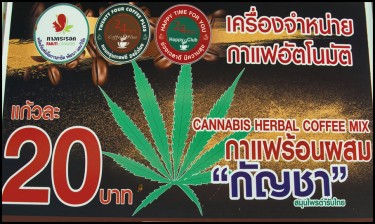 During the period marijuana had just got decriminalized in Thailand, one gram of the marijuana strain UFO cost the equivalent of slightly over 10 euros. Additionally, the consumer is promised the high effects of the drug in the price list of Bangkok’s “Highland Cafe”: Chill Alert.

Bangkok’s ‘Highland Cafe’ is one of the very first establishments in Thailand to sell cannabis flowers legally.

Cannabis had been removed from Thailand’s list of banned drugs since the cabinet ruling late last year. Thailand was the first nation in the restrictive region of South East Asia to make this change. For tourism and agriculture, in particular, the government had planned a specific form of economic stimulus package.

Nobody could have foreseen what happened next, unless you watch developed state-markets in Canada and the US.  Prices have drastically decreased as a result of the legalization and decriminalization of cannabis, and producers are requesting that the government should regulate the price. People are now able to grow the plant themselves and sell their harvests. The value of the original farmers’ crops that had government contracts has decreased by about 80% to 90%.

With new stores opening up on every corner and cannabis appearing on food and drink menus, The cannabis market in Thailand is oversupplied in many areas. The plant could be grown, sold, and eaten by approximately a million people. The market was overrun by that opening.

Cannabis has been delisted from the list of prohibited narcotics in Thailand, making it the first nation in Asia to legalize its production and some forms of consumption.

The government of Thailand vowed to give out 1 million free cannabis seedlings during the legalizing process in an attempt to inspire farmers to grow the plant. As of right now, individuals in Thailand are permitted to grow and trade hemp and marijuana.

Individuals can plant up to six cannabis plants in their residences with permission from their local government under the existing laws that made cannabis legal, and In accordance with the BBC, businesses will also be permitted to plant marijuana. Additionally, cannabis-infused drinks and foods are permitted in cafes and restaurants, but they must have a THC content of less than 0.2% to qualify as “high-quality.”

Anutin Charnvirakul, the minister of public health of Thailand, spearheaded the legalizing drive with the hope that the local cannabis market would help the tourism and agricultural sectors.

In 2019, Thailand had previously approved the use of the herb for therapeutic purposes. The cannabis plant was then delisted from the list of illegal drugs at the end of 2020, with the exception of the so-called flowers and buds. Entrepreneurs rapidly recognized opportunities: cannabis-infused goods are now easily accessible in Thailand in a variety of forms, including food and medicine.

The agriculture sector in Thailand is failing due to a lack of workers as well as low margins of profit from significant exports of jasmine rice. Vietnam and other competing agricultural nations are now fierce adversaries. In trouble right now is tourism. The epidemic has caused a significant decline in international tourism, which is taking time to reverse. The newly eased cannabis regulation is meant to increase medical tourism specifically.

Farmers are currently seeking that the government set cannabis price regulations in the northern province of Nakhon Phanom. Universities, hospitals, and medical facilities had to give growers special licenses in order for them to cultivate cannabis until it became legal in June. Fresh stems sold for roughly 10,000 baht per kilogram of cannabis, while leaves went for 15,000 baht per kilogram.

The Tambon Na Kham Health Promotion Hospital has a two-year contract with the Na Kham Medicinal Herbs Community Enterprise to grow cannabis, according to the organization’s president. Na Kham is located in the Sri Songkhram region. About 30,000 cannabis plants were initially being grown by the group’s 30 members.

Farmers in the community were selling the cannabis plant’s leaves, roots, and buds for about 50,000 to 100,000 baht a month. However, since growing and selling are essentially free-for-all right now, the opportunity to make money has been greatly diminished.

Since no license is required to grow cannabis today, more businesses are able to enter the market, which lowers the cost of the drug.

Currently, the farm owners in the northeastern province are organizing and forming a coalition with roughly 20 other businesses that also cultivate cannabis. In order to help cooperatives negotiate higher rates, they intend to give them additional negotiating power.

The organizations also demand that the government take action and establish standardized cannabis prices. They want to turn the heavily crowded market around so that farmers may benefit from it once more. The president of the community claimed that Nakhon Phanom’s cannabis growers had urged the government to assist them by setting pricing that both growers and purchasers can adhere to.

The regulation is necessary in order to restore balance to the cannabis market by levelling the prices of the cannabis stems and flowers in hopes that the farmers can go back to making profits.

With the regulation of cannabis, the government, alongside controlling the price, might be able to monitor and control the quality and quality of cannabis being produced by each farm and keep in touch with their initial reasons for legalizing the drug, i.e. agricultural tourism.

Months have passed now since cannabis was made legal in Thailand and removed from their list of schedule 1 substances. Although at the point of legalization, the news was highly welcomed and appreciated by all, simple residents and farmers alike, the fact that the plant is now legal has led to different individuals having access and growing and selling the plant however they want, which in turn led to oversupply and a massive fall in the price of cannabis, and poses an overall problem for farmers looking to sell their plant and make a profit. 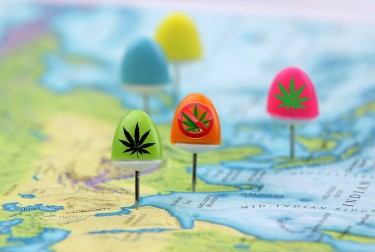 THAILAND GOES LEGAL ON WEED, WHO IS NEXT IN ASIA?

Previous Are the Benefits of THC and CBD Overblown? Depends on Who You Ask!

Next Do Pesticides Change the Taste and Smell of Your Cannabis? How Can You Tell?

The End of Lab Shopping for the Highest THC Percentage?

At first, it just seemed like a fad, but cryptocurrency has stuck around. Many have stayed away from it for a variety of reasons. But, as the days go by, this virtual currency is legitimizing fast and those concerns are melting away. If crypto makes no sense to you and you don’t understand the hype …

Nobody knows how many cannabis strains exist, and current estimates range from 2,000 to just over 5,000! One of the most enduringly popular varieties is White Widow. For decades, you could only find the White Widow marijuana strain on the market. However, recent years have brought us a new version of this popular flower: White …

There is, will, and can only ever be one Wu-Tang Clan. The Wu-Tang Clan has a career-long connection to cannabis, including performing at the 2017 Cannabis Cup. There’s much to explore when it comes to the cannabis and Wu-Tang Clan. Some questioned Ol’ Dirty Bastard’s claim that “Wu-Tang is for the children” at the 1998 Grammy …