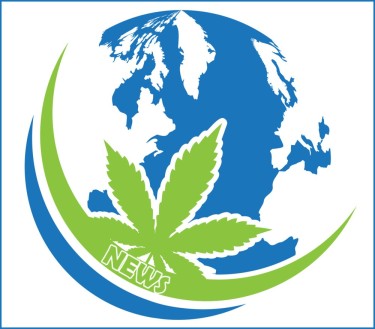 Cannabis News from Around the World

A new law that was enacted early in September ensures that hemp licenses will be free of charge in Costa Rica, reports the Costa Rican News. These are the first measures that have been given the green light by President Rodrigo Chaves Robles, as well as the authorities from the Ministry of Agriculture and Livestock.

The hemp licenses will be valid for 6 years, with the option of renewing them for another 6. Those granted licenses will be able to legally obtain seeds, cuttings, or any other material for propagating hemp. They will be allowed to grow, harvest, import, market, and transport the hemp plants to be used as raw materials.

The rules around hemp mandate that THC must be at 1.0% THC, promoting the use of CBD production in the Latin American country. On the other hand, most nations globally restrict THC to 0.3% though the 1.0% threshold has been set for Costa Rica. “It’s a very simple regulation,” said Chaves. “The licenses are not going to cost more than a symbolic amount and whoever wants and can comply with the law, will be able to plant hemp and will have the possibility of processing it,” he says.

A healthy hemp sector in Costa Rica will boost agriculture, to the benefit of the agricultural sector. Rural areas will also see an improvement in social and economic opportunities while contributing to the growth of the local pharmaceutical industry.

Lawmakers and a top federal drug authority from Germany recently had a tour of the Golden State’s cannabis businesses, reports Marijuana Moment. The purpose of the trip was to learn about marijuana legalization.

The Health Committee of the German Parliament visited cannabis dispensaries and had meetings with local stakeholders as well as activists in order to learn best practices when it comes to legalization. Germany is currently working on regulating cannabis. However, Germany still has many hurdles to overcome before they can legalize the drug especially when it comes to the law clashing with the European court of justice.

According to Marco Buschmann, Germany’s justice minister, there are hopes that the law would be enacted by spring next year.

“There is a degree of caution about promises of a breakthrough before the end of the year,” disclosed an official to The Guardian. “The complexity of all is starting to sink in, and there’s a sharper awareness of the risks involved. We don’t want another autobahn toll debacle,” he said.

The pilot medical cannabis program of France is set to be completed by March 2023. After that, the country can decide to either legalize medical marijuana, terminate the project, or engage in a second pilot project.

Sante France Cannabis, an organization that is represented by various cannabis players in France, did say that they recommend postponing the legalization of medical marijuana until another year. “The national actors gathered in ‘Sante France Cannabis’ propose – as some public decision-makers envisage – to provide for the postponement of one year of the generalization, planned for March 2023, in order to allow the time necessary for the sector to organize,” reads their note.

Sante France Cannabis is hesitant to legalize the drug because they are worried it would prioritize foreign companies instead of local companies.

Currently, growing cannabis for medical use is legal but the French government has not yet decided on how it can be cultivated and produced. Should France decide to legalize marijuana by April 2023, patients would still have to rely on imports for supply. Cannabis flowers are still in R&D but French companies have been working on extraction processes since 2021.

Philippine President Wants To Focus On Rehabilitation And Prevention

Philippine President Ferdinand Marcos recently traveled to New York, where he said that while he doesn’t think his administration would be able to stop the drug war, he will be placing the focus on rehabilitation and prevention.

“I think we have found – and it is certainly my view – that enforcement, which has been the part of the drug war that has been most vigorously pursued by President Rodrigo Duterte only gets you so far,” said Pres. Marcos. He believes that the government should instead be focusing their efforts on helping those who are addicted. “We are trying to learn which are the best methods now to pull our victims – because really is what they are – pull them out of that culture and help them start again and do live a good life as good and contributing members of society,” he said, based on a report by Rappler.

Former Philippine President Rodrigo Duterte ruthlessly launched a bloody war on drugs since he took his oath into office in 2016. A United Nations report estimates that the deaths from his war are at 8,663.

According to State Minister of Indigenous Medicine Sisira Jayakody, they intend to prepare for the exportation of medical marijuana.

He adds that in doing so, some US $3 billion can be earned by the country. However, he said that before doing so, Sri Lanka has to amend existing laws first. Jayakody will be discussing these matters with the Attorney General’s Department as well as other relevant offices to legalize the exportation of medical marijuana, reports the Colombo Gazette. 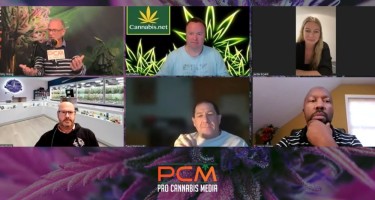 IS THE CANNABIS INDUSTRY COLLAPSING? 10 EXPERTS WEIGH IN!

Next Who Owns The Most Profitable Cannabis Business in Canada?

How to Use Cannabis for Workout Recovery

How Does Cannabis Impact Women’s Fertility and Ovulation?

Do cannabis and guns go well together? Nikki Fried, Florida’s only statewide Democrat and commissioner of agriculture, thinks so. She is suing the Biden administration over a federal rule that bans medical cannabis patients from owning concealed weapons. Filed last Wednesday against the US Department of Justice and the Bureau of Alcohol, Tobacco, Firearms, and …

It’s a special time of year, all about eating, celebrating, and merrymaking… it’s as if the holidays were made for stoners. Of course, there’s lots of stress involved but lucky we have weed for that. If you could use some extra holiday cheer, look no further. Brighten your spirits with some holiday fails, stupid food …

It’s high time to smoke out the old Indica and Sativa descriptions at cannabis cups. Consumers deserve to know more about the plant than the structure it took on in life. With research now showing how much terpenes drive cannabis sales and quality, the Emerald Cup took a chance to replace Indica and Sativa. Terpenes …