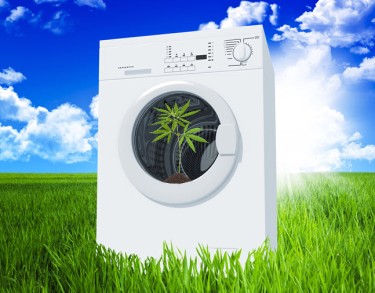 The California cannabis market is about to be lit with a new buzzword—Clean. Yeah, the clean buzz has made its way into the cannabis scene. From clean beauty products to clean cleansing products, the era of clean weed is here. As it stands, the cannabis operators in the Golden State are about to milk this new marketing ploy till they can’t.

What is Clean Weed?

Clean weed Is a term used to generalize cannabis plants grown as close to organically as you can, and using minimal pesticides. These products are produced using environmentally friendly farm practices. Although the level of “cleanliness” depends on the maker, most clean products are made with the least amount of chemicals.

In California, a cannabis product is certified ‘clean’ if it tests below the state-mandated levels for various heavy metals, mycotoxins, and pesticides despite being grown with some chemicals. Products that test higher are considered “unsafe, unfit, or unhealthy” for human consumption.

The same way some organic and non-organically grown fruits and vegetables are indistinguishable on a shelf describes the future of cannabis sales in California. Clean products will make their way to legal dispensary shelves and will more or less appear and induce similar effects as regular products. Although, the concept is a lot more complicated than this for cannabis concentrates.

The viscous honey-like oils placed within vaporizer cartridges are produced by separating the cannabinoids from the plant materials. This extracting process uses chemical solvents like carbon dioxide, ethanol, or butane. When the separation is completed, the chemical solvent is removed, and the pressurization process follows. After this, resin (the gooey end product) is produced. Once the process is complete, third-party tests are carried out, like in cannabis flowers, to determine the amount of residual chemicals left. California cannabis regulations permit up to 5,000 ppm of Butane in resin; any more than that, the product is unfit.

25-year-old Dr. Peter Grinspoon described the whole concept of clean weed using an analogy of organic and inorganic fruits at the store. The Boston-based medic cannabis expert and board member of Doctors for cannabis regulation explained that a unit of fruit has pesticides and chemicals in it. However, these chemicals are only at a level that can’t harm us. He further explained that organic fruits had been painted as having a higher quality. In contrast, no studies show we are less likely to develop chronic diseases like cancer from consuming them. Yet, the public is ready to pay more for them

Whether or not clean weed is safer than regular cannabis products is yet to be proven by clinical studies and trials.

The clean weed era has existed in the Golden state for over two years. The first came about in 2019; two years ago, adult-use weed became legalized. It began when a widespread lung-injury vape crisis caused every vape-lover to investigate what exactly went into vaporizer concentrate production.

Ron Gershoni, Co-founder and Chief Executive Officer of Oakland-based Jetty Extracts, whose company has been experimenting and developing cannabis extractions without chemical solvents for more than seven years, explained that consumers are more interested in cleaner products. He noted that comparing organic and clean cannabis products is becoming popular in California and other states. Consumers are becoming more interested in not just the product but the process leading up to the final product.

According to Gershoni, there’s no cleaner way to produce clean cannabis than with the solventless extraction process—majorly because cannabis solvents aren’t used.

He explained that when the brand first launched in 2018, only Rose and one other brand were making solventless edibles. He noted that at the time, the popular opinion was that flower rosin wasn’t scalable in the long run. He said he got a lot of negative comments such as “using flower rosin is ridiculous, it’s a waste of smokable buds, it’s not cost-effective”… Fast forward to late 2019 and early 2020, almost every brand has switched production to mainly solventless concentrates and edibles.

How and Where To Buy Clean Weed

Although clean weed is found majorly in California right now, some legal dispensaries in other states also stock them. It is important to note that these products aren’t labeled as “clean weed.”

If your state doesn’t permit the self-cultivation of cannabis, the easiest way to buy the safest cannabis product is by visiting a legal dispensary. For any products to be stocked or placed on the shelves of these establishments, it means they have been tested and issued a certificate of analysis. If you scan a product’s QR code, it receives information about the product’s test results. When you buy on street corners and in unlicensed shops, there’s no guarantee you aren’t buying fake products.

Weed nerd, Co-founder, and CEO of PodTones, Alex LeVine, corroborated the information that can be obtained by looking into a COA’s list of terpenes and cannabinoids.

Jetty Extracts and Pax cannabis concentrates and edibles are big brands sold in licensed dispensaries. Both are giants in the solventless cannabis products space and have been tested and proven severally as fit for consumption. Once you visit your legal dispensary searching for Rose Los Angele, PodTones, or other products by these brands is an excellent way to get started on clean cannabis.

Get prepared to do a lot of research and read many labels to dig out clean cannabis. California cannabis products bearing terms like “Ocal,” “Solventless,” “Rosin,” “100% cannabis, nothing added,” or  “100% cannabis Rosin” are clean.

If you’re in no rush to test out clean weed, you can wait and watch as the clean-weed marketing strategies begin to gobble up massive amounts of the market share.  At the moment, clean weed is taking up less than 5%, but in a few years, it will make up almost a quarter of the California cannabis market. It is inevitable at this point.

MORE ON CLEAN WEED, READ ON.. 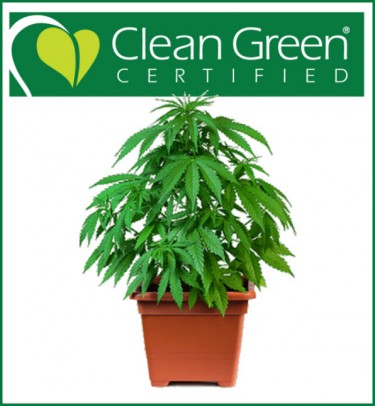 WHAT IS CLEAN CERTIFIED CANNABIS, EXACTLY? READ THIS! 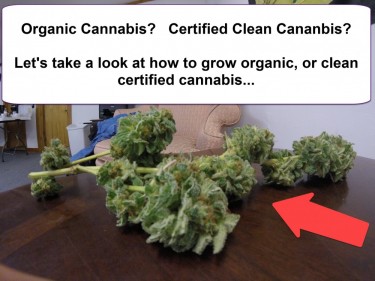 Next Trippin' USA - Over 5,000,000 Americans Now Use Psychedelics on a Regular Basis

Children with cancer and their misunderstood endocannabinoid system

Conventional cancer treatments, especially radio and chemotherapy are harsh on the body. But for children, conventional treatments can become unbearable. Hidden by prohibition is how the endocannabinoid system (ECS) behaves in children with cancer. Childhood and the ECS are sadly two subjects rarely explored in unison. Adolescent cancer is indeed a rare disease despite being …

New studies suggest that cannabis can protect us from COVID-19. Will this change how we treat the virus, well let’s see. The study, spearheaded by researchers from the University of Chicago, found that cannabidiol blocks the coronavirus from infecting cells in our body. Specifically, CBD possesses a metabolite called 7-OH-CBD that stops COVID-19 from replicating. …

THCV, the most intriguing Member Of The Cannabinoid Family? Tetrahydrocannabivarin (THCV) is a cannabinoid that many researchers and cannabis lovers have shown significant attention. This rare cannabinoid compound is within some unique cannabis strains in minute quantities. Nonetheless, it possesses attractive qualities, especially from a medical perspective.   Even though THCV is considered a very …