DIY THC Detox Drink Ideas You Can Make at Home

Is Cannabis a Pacifier for the People or the Great Awakener for the Masses?

What are Cannabinoids and Can You Lose Weight with THCV or Sleep Better with CBN?

While Biden’s move towards pardoning federal offenders for “simple possession” is good, it’s also a political stunt. Biden has enjoyed some of the lowest approval ratings since Trump, and in fact, both of them are the worst presidents the United States has ever had – according to approval ratings.

While I do commend him for at least rolling the ball towards legalization, I don’t think he did it as altruistic as people think. In fact, seeing all the media outlets spamming about Biden’s move is more than enough evidence for me that the move was motivated by politics and not by ethics.

Then, Kamala Harris went on Late Night with Seth Meyers saying, “People should not go to prison for smoking marijuana” when she sent people to jail for the same when she was a prosecutor prior to her VP position;


Tulsi Gabbard pointed this out during the presidential debates;

“There are too many examples to cite, but she put over 1,500 people in jail for marijuana violations and then laughed about it when she was asked if she ever smoked marijuana,” Gabbard said.

“She blocked evidence that would have freed an innocent man from death row until the courts forced her to do so,” Gabbard added. “She kept people in prison beyond their sentences to use them as cheap labor for the state of California, and she fought to keep the cash bail system in place. That impacts poor people in the worst kind of way.”

The fact of the matter is that for these people this is all about politics. They don’t really care about marijuana, they care about votes.

But I argue, that while now the move is positive – it’s not nearly enough.

The Controlled Substance Act is an infringement on the liberty of the individual. It’s a document that states that “you do not own your body” and has been the sole reason why the US became the “prison capitol of the world”.

It’s been used to legally steal people’s properties, to jail people for non-violent offenses, and to essentially create a “slave labor force”. It’s a document that gives Big Pharma sole control over all drugs, and helped create the DEA that became their “enforcers”.

The CSA is a document that maintains the Pharma Mafia, and if legalizing weed is a step in the right direction, I don’t see these politicians addressing the corruption of the CSA itself.

For the past 50 years, the entire world has suffered due to this document. You might say, “how”? The US is the #1 promoter of the war on drugs and it’s because of these policies that the WOD was outsourced to the world.

While I commend Biden for doing a move in the right direction (even if it’s politically motivated), I cannot support them until they recognize the devastation they did with policies like the Controlled Substance Act.

Don’t be duped by cheap political tricks…this is simply bread and circus and until there is an overhaul of all drug policies…you’ll only get more of the same. The only real reason why Biden is only now doing a positive move towards cannabis is because they fear that in November, republicans are going to take the power again.

If that happens – you’ll get more of the same.

MORE ON THE CSA, READ ON… 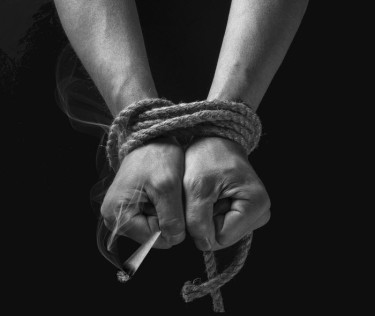 HOW THE CSA HAS CREATED A NEW FORM OF MODERN SLAVERY!

Previous Are You Smoking White Label Weed? What Is It and Why Is California Cracking Down on White Label Marijuana?

Next Seaweed Fertilizer for Cannabis Plants?

Does CBD Oil Help With Hangovers?

The US prohibition of cannabis is unconstitutional. The US House of Representatives banned cannabis in June 1937 based on the belief that “marihuana” makes black people and Hispanics into drug-fiend rapists. Before the vote, Republican minority leader, Bertrand Snell of New York, said, “I do not know anything about the bill.” Democratic majority leader, Sam …

Delta 8 THC (Delta 8 or D8) and CBD are hemp-derived cannabinoids that offer potential wellness benefits to individuals. So, which is better, Delta 8 THC or CBD? It really depends on your needs and preferences. That’s why we’ve put together this helpful guide to get to the bottom of the Delta 8 vs. CBD …

CBD Stores and Vape Shops are Booming in California

In the last few years, tobacco consumption in California has become less widespread than ever; in its place, cannabis and vapes have taken over. Californians seem to be the best market for CBD-based cannabis products, especially flowers and concentrate, and this is proven by the large influx of CBD smoke and vape shops in different …

5G conspiracy theories run a little off the radar from science. Unlike 4G, high-band 5G does disperse energy into the upper layers of the skin according to Health Canada. Neither electromagnetic frequency (EMF) range can, however, induce ionizing radiation or damage DNA. Interestingly, lower-range EMF promotes an environment that helps to produce endocannabinoids. This means …

Local decriminalization efforts in last week’s midterm elections shouldn’t go unnoticed. While the US midterms saw Maryland and Missouri legalize cannabis, these smaller ballot measures are just as important. In fact, one can make the case that local efforts are superior to state-wide top-down enforcement. Just as liberals don’t want to live in states without …