The states with an oversupply of cannabis may have just found an outlet for all their weed! 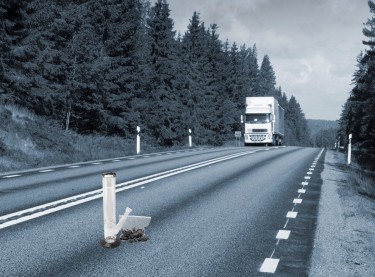 Did Interstate Commerce in Cannabis Just Come to New York?

The Oversupplied Cannabis State Glut Might Have Just Found an Outlet

On November 11, 2022, a federal judge in New York issued an injunction enjoining the New York State Office of Cannabis Management (the OCM) from issuing any Conditional Adult-Use Retail Dispensary (CAURD) licenses “for the following geographic areas: Finger Lakes; Central New York; Western New York; Mid-Hudson; and Brooklyn during the pendency of this action or until otherwise ordered by the court.” These licenses are commonly referred to in the cannabis industry as social equity licenses.

The litigation started in September when an out of New York state applicant could not qualify for the CAURD program. The impacted geographies are apparently the areas selected by the entity denied an application. Speculation is other similarly situated parties will copy the lawsuit and shut down the CAURD program entirely. (read the initial complaint here and read the injunction here)

I read about this back in September / early October and recalled thinking that the challengers would win. After a federal appeals panel in Boston ruled in August that the dormant commerce clause applies to cannabis, and that the State of Maine could not restrict out of staters from owning medical dispensaries, this New York litigation seemed like a slam dunk. At the time, based upon what I read about the commerce clause, I reasoned that the OCM could take protective action by adjusting the CAURD program to benefit anyone, regardless of the state where they live, as long as the individual had been convicted by a New York court. I am not an attorney, but it seems to me that is a legal distinction the OCM can make and that will withstand judicial scrutiny. Live anywhere, but the harm had to have been caused by a New York conviction. That would eliminate New York residents not convicted in New York but would also eliminate anyone anywhere convicted elsewhere and not in New York. It pretty much could save the CAURD program.

The eureka issue here is that a federal court in New York is recognizing the dormant commerce clause (DCC) applies to cannabis. Interestingly, they did so without referencing the Boston federal appellate decision. Boston is the 1st Circuit and covers Maine, New Hampshire, Massachusetts, Rhode Island, and Puerto Rico. New York is the 2nd Circuit. While this case is not an appellate case yet, at the appellate level a 2nd Circuit decision is binding in the states of Connecticut, New York, and Vermont.

If the DCC applies to cannabis, as I stated in an April article, all state cannabis regulations are unconstitutional to the degree they restrict licensees from purchasing only from instate suppliers. It will take a simple lawsuit against the regulator to tip this restriction over. This decision could quickly pave the way for cannabis trade between New Jersey, New York, Connecticut, Rhode Island, Vermont, and Massachusetts. The Massachusetts supply glut could be resolved in an instant and the opening high prices in New York might not materialize with a strong supply from overstocked neighboring states. Most of the published articles are missing this key point.

The “wow” issue is not that the CAURD program has 2 flat tires and is about to run out of gas, it is that interstate commerce is becoming closer to a reality as court decisions set the table for interstate trade. I was eviscerated for this view in April, but I am doubling down today! Washington, D.C. is mired in hate and gridlock. Cannabis progress will happen in the courts, driven by decisions like these.

David Rabinovitz is a cannabis business consultant in Massachusetts and involved in various cannabis ventures. He is a former Director and Treasurer of MassCann (the Massachusetts Cannabis Reform Coalition), a past Trainer for the Massachusetts Cannabis Control Commission Social Equity training program, and the original host of The Green Rush cannabis business talk show on ProCannabis Media. David speaks at various industry events on creating winning financial presentations that investors love. David’s industry insights and analysis are featured in several media outlets. Connect with David on LinkedIn at https://www.linkedin.com/in/davidrabinovitz/ or reach out to him at drabinovitz@gmail.com or DavidR@CannaVentureLabs.com

THE DORMANT COMMERCE CLAUSE, WATCH THIS… 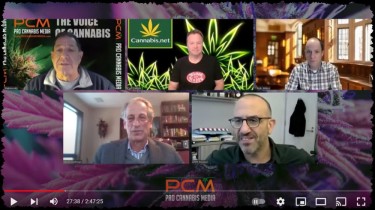 Previous The Greater Fool - How Much Does a Free Cannabis Store Really Cost?

Next Cannabis and the Second Amendment - Cannabis | Weed | Marijuana

If someone asks, “can you be allergic to weed?” it may be the most absurd thing you’ve ever heard. With the growing number of states legalizing marijuana, it’s become a question people ask often. Unfortunately, many allergies run across humanity, and they don’t discriminate. You may be shocked to learn that people can be allergic …

It seems that Colombia will be the following country to legalize cannabis. Last Tuesday, lawmakers unanimously voted to pass a bill that would have made cannabis legal and regulated nationally. The proposal represents the initial phase of legalization. The proposed decision would lay the foundation for legally selling cannabis, guaranteeing that tax revenue is …

Does CBD Oil Help With Hangovers?