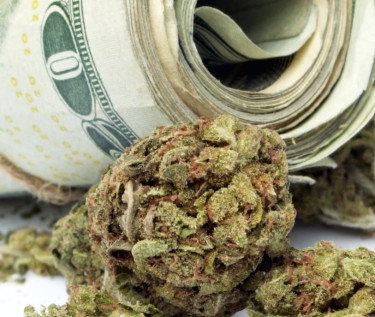 The sale of marijuana in the state of Arizona maintains its overall growth and development, thanks to the massive blowup in sales of recreational marijuana. But as sales of adult-use recreational cannabis are going up, medical cannabis revenues are taking a nosedive which started last year.

The two controlled marijuana markets in the state of Arizona are presently moving in different directions.

According to reports from the AZ Mirror, while referencing figures from the Department of Revenue in Arizona, sales of medical marijuana in the state fell to slightly less than forty-five million dollars in May, which is the lowest recorded since January 2021, when they began to allow adults to buy cannabis for recreational use, while the first estimates by tax collectors place sales of recreational cannabis at $76.5 million, which is the fifth time sales of adult-use cannabis exceeded the seventy million dollars mark.

According to the AZ Mirror, the Arizona state Department of Revenue also revised the sales in April upward to $81.2 million, increasing from the original estimate of $75.5 million, which makes it the best month of sales yet for recreational marijuana, overtaking the former record of $80.4 million in March.

While recreational weed sales remain on the rise, the sales of medical marijuana have gone in the opposite direction.

According to reports from the ADHS (Arizona Department of Health Services), 9,273 pounds of medical cannabis were sold in January this year, but those sales have quickly reduced to just 5,600 pounds in July.

Medical marijuana was legalized in the Grand Canyon State in 2010; the first sale, however, was launched two years after the legalization. And in 2020, voters in the state approved a ballot proposal that made recreational marijuana legal for individuals aged at least 21 years old. The sale of adult-use weed started in January 2021.

Over $1.2 billion in revenue is an extremely rare first-year production for the industry. After those numbers were made public in January, Samuel Richard, the Executive Director of the Arizona Dispensaries Association (ADA), stated that it shows that the legalization of cannabis is something Arizonans believe strongly in and the many benefits it offers to the state’s economy.

Additionally, local governments add an extra 2% or so to all marijuana purchases.

Voters endorsed Proposition 207 in 2020, legalizing cannabis for adult use and defining the public use of taxes derived from sales for recreational purposes. One-third of the funds are allocated to community colleges and provisional community college districts; 31% to public safety (police, fire departments, fire districts, and first responders); 25% to the Arizona Highway User Revenue Fund; and 10% to the Justice Reinvestment Fund, which is used to provide public health services, counseling, job training, and other social services for communities that have been negatively and disproportionately impacted by marijuana arrests and criminalization.

THE NEW DIRECTION OF THE CANNABIS INDUSTRY IN ARIZONA

Very similar to other states that have made adult-use marijuana legal, the new recreational cannabis laws in Arizona have provisions for social equity designed to give people from communities that are disproportionately impacted by the War on Drugs opportunities to the controlled cannabis industry.

The administration intends to grant dozens of dispensary licenses to people who suffered negative effects from previous cannabis regulations. Additionally, last summer, Arizona’s Department of Health Services stated at the time that the workshops were implemented “to ensure that social equity applicants are prepared for the application process and the hurdles of running a marijuana business.”

The workshops consisted of two days of education and content concentrated on a variety of segments of running an adult-use cannabis enterprise, including business practices, marketing, legal requirements, and regulatory compliance, as well as fundraising and strategic growth.

According to the department’s statement from last August, the goal of the social equity ownership program is to encourage people from communities that were adversely impacted by the enforcement of prior marijuana laws to own and run licensed marijuana establishments. The holder of a social equity license must abide by all laws and regulations governing adult-use cannabis establishment permits, including acquiring permission to operate prior to opening a retail outlet. Additionally, holders of social equity licenses will need to create and put into effect policies that show how the marijuana industry will help one or more populations that have been disproportionately disadvantaged by the enforcement of Arizona’s prior marijuana laws. 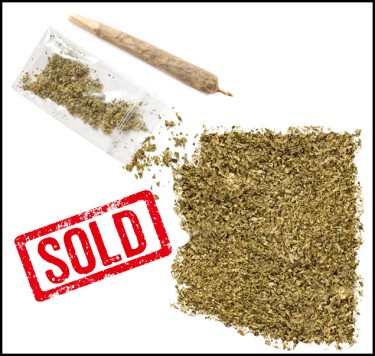 Next Stopping Cannabis Discrimination in the Workplace Starts with President Biden

T’was The Night Before Christmas

Health Canada wants to end medical cannabis in Canada. They’ve opened up a survey for Canadians to input their opinions. But as is usually the case with these things, the decisions have already been made. “They’ve always been disingenuous when they put these sorts of surveys out,” says Ted Smith, long-time cannabis activist and contributor …

Intro FECO (full extract cannabis oil) and RSO (Rick Simpson Oil) are highly-concentrated forms of cannabis in which the whole plant is extracted and used. This process offers a broad spectrum or full-spectrum representation of the full cannabinoid and terpene profile found in that cannabis strain or cultivar. The main difference between FECO and RSO …

A federal exemption has allowed British Columbia (B.C.) to decriminalize drugs. Adults in British Columbia will be able to possess small amounts of substances. Things like opioids, cocaine, methamphetamine, and MDMA. Because drug prohibition is Ottawa’s responsibility, there had to be an exemption for British Columbia. B.C. is the first and only province to receive …

55% of Texans Want Legal Weed, So What Is the Problem?

Over 50% of Texans Wants To Legalize Weed The struggle to decriminalize marijuana in some Texas cities has reached a new level. According to a recent poll, a majority of Texas voters support marijuana legalization. Around four in five people believe cannabis should be allowed for recreational or medical use. According to the University …

As the Bud Turns – The Cannabis World News Update

Morocco Green Lights First Cannabis Production Permits   Morocco wants a piece of the marijuana pie, and they have started making the efforts necessary for this to happen by issuing the first 10 permits that would legalize the export of marijuana for medicines and industry under the Cannabis Activities Regulatory Agency (ANRAC). Thanks to Law …