Descheduling Marijuana Is Not Enough 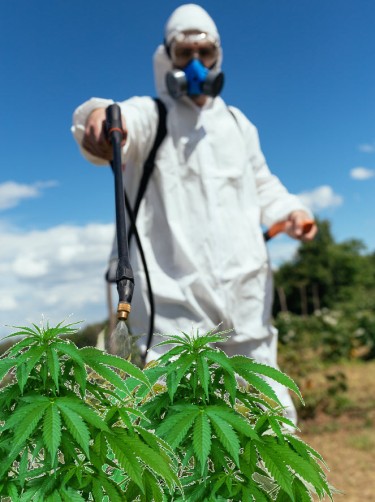 The flavor and smell of weed have always been an important aspect of cannabis that determines whether a customer goes for it or not. This is why cannabis cultivators are very particular about ensuring the weed strain has the best type of flavor possible. While each cannabis strain has a number of terpenes that can determine the type of flavor it gives out, there are other things that can influence it as well. Pesticides have long been suspected as one of the external factors that can determine the flavor of the weed or better still impact it to an extent. However, there is much to be considered to fully understand the relationship between them.

Cannabis cultivation is an art and science that requires the input of both internal components of the plant and external inputs. Pesticides are one such external influence that helps to improve and sustain the health of the plant. This is done by ensuring that insects and pests that are detrimental to the health of the plant are removed or eliminated. Common pests of marijuana plants are mostly insects and mildew. This ensures that the cultivator gets a good yield from the produce and that sufficient revenue is not lost due to the actions of the pests.

While pesticides are beneficial in ensuring that the plant is safe and good yield is achieved, it is also known to have a level of deleterious effects. A study was done recently in the Journal of Toxicology showing the potency of pesticides in legal marijuana using a medicinal dispensary in California as the case study. The results of the study raise certain eyebrows on potential health concerns around chemicals present in marijuana being smoked. High levels of chemicals were identified in the cannabis buds and a person can be exposed to high pesticide exposure depending on the method of inhalation.

To understand the answer to the question above there are a number of things we must first take cognizance of. One of those things as stated earlier is that pesticides are external inputs introduced by man to aid the cultivation process. Other inputs that fall into this category are fertilizers and nutrients. These external inputs are chemical substrates that interact with biochemical structures within the plants and others outside them. While they elicit their actions, the substrates also have residues that remain in the plant and have an impact on the final product.

The level of impact of the chemical substrates can range from impact on the quality of the buds obtained, the flavor of the strain, and its aroma. That being considered, it is safe to conclude that pesticides can affect the flavor of cannabis along with other externals such as fertilizers and nutrients. The degree of impact is dependent on different factors such as the amount of pesticides used, the biodegradable nature of the pesticide used, the ratio of plant to pesticide in terms of the overall cultivation area and so on. Likewise, it is also important to state that there is a distinction between the degree of the effect of pesticide residue on the cannabis buds compared to fertilizer and nutrients.

Fertilizers commonly contain elements such as nitrogen, phosphorus and potassium while some contain calcium or magnesium to a lower degree. These elements assist in the production of cannabinoids and terpenes to improve yield and taste. Cultivators usually flush the fertilizers away using plain waste in order to limit the impact of residues that might negatively change the smell or taste of the final product. This process is known as flushing. Pesticides on the other hand have components whose effects are to kill or wade away pests with limited benefit to the biochemical composition of the plant. Therefore, the deleterious effects of the residues of pesticides are greater than that of fertilizers and nutrients.

Pesticides contain a high degree of aggressive chemicals that do not easily leave biological systems. After carrying out their activities, they still possess a high level of influence on the biochemical composition of the plants. Most cultivators resort to flushing as a mechanism for removing the residues of the pesticides from the cultivation area. However, it is near impossible to get all the pesticides away completely which means that flushing might not get the job done completely.

The best natural solution that can be suggested to limit the deleterious effects of pesticides will be not to use them at all and instead make use of organic predators. Natural enemies of known pests of cannabis plants have the added incentive that they leave no chemical imprint on the plant. They do not stand as a health concern to the plant and therefore will have a limited effect on the yield. They will also help to maintain the ecological balance around the community of the plant with limited artificial imprint.

In cases where it is hard or impossible to get natural enemies of known pests of the cannabis plant, a reduction in the number of pesticides used is advised. As stated earlier, pesticides contain very aggressive chemicals, and the quantity used determines the extent of the effect on the plant. It is therefore best to use a limited quantity sufficient enough to elicit action and reduced deleterious effects. Flushing is then advised before harvest, at least 15 days to harvest to ensure that unsuitable taste and smell do not develop in the cannabis buds.

It is safe to say now that we can all agree that pesticides can affect the flavor of cannabis buds. This piece of information might just be the reason why customers are not getting that cannabis on the shelf. Therefore, it is something that must be considered carefully by cultivators during the cultivation process. In cases where its use can be avoided, its best to avoid it and in cases where it cannot, limited use is advised.

PESTICIDES ON CANNABIS, READ ON… 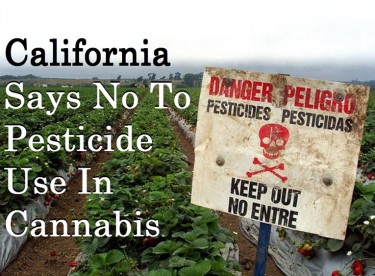 Can You Grow Different Cannabis Strains in the Same Grow Room?

Does Cannabis Speed Up or Slow Down Your Metabolism?

Does CBD Cure Covid? The Food and Drug Administration doesn’t think so. This past week the US federal regulator issued warning letters to companies making CBD. The FDA claims the companies were making COVID-related claims about their products. This is the biggest federal action against the cannabis industry in over a year. The companies that …

The flavor and smell of weed have always been an important aspect of cannabis that determines whether a customer goes for it or not. This is why cannabis cultivators are very particular about ensuring the weed strain has the best type of flavor possible. While each cannabis strain has a number of terpenes that can …

How Delta 8 and 9 THC laws are different in Canada

Delta-8 hit shelves in Canada, but many wonder why processors want to produce a semi-synthetic THC variant. Consumers claim delta-8 is potent but less inebriating than delta-9 THC. But Canadian producers might target regulatory loopholes with THC variants. “Synthetic” is an ambiguous word, especially for cannabinoids. Yet semi-synthetic implies chemists modified an organic substance derived …

Looking to do some maximum chilling this Valentine’s Day? Light up and celebrate at home by watching any of of these five weed-themed romantic movies. Or make it a movie-marathon, get the bud ready, and watch all five romantic stoner movies in one night. Whether you’re celebrating the day with your furry friend, your Galentine’s, …