Does Your Medical Marijuana Card Work in Other States? 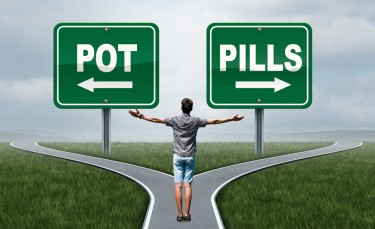 One in every four Canadians aged 15 and above suffers from non-cancer chronic pain, for which opioid medication may provide appropriate pain relief. However, chronic opioid use should be approached with caution as a result of the heightened risk of severe side effects such as hyperalgesia, constipation, and the possibility of opioid addiction, which could lead to an overdose. A recent study suggests that combining cannabis and opioids may benefit people suffering from chronic non-cancer pain since cannabis may boost the analgesic benefits of opioids, reducing daily opioid usage and the risk of opioid-related complications.

As a result, cannabis is now being studied to treat chronic pain and opiate addiction. While cannabis use may offer possible preventive medicine to mitigate the effects of the current opioid-related death crisis, insufficient studies have been conducted to investigate the long-term outcomes for patients associated with simultaneous cannabis and opioid. Because both medications depress the central nervous system, concurrent usage may raise the risk of respiratory depression,  falls, and car accidents.

Codeine is the most commonly prescribed opioid globally, and it is readily available over the counter (OTC) in Canada. The opioid is prescribed in a low dose of 15 mg/dosage unit preparation mixed with simple pain relievers (nonsteroidal anti-inflammatory drugs [NSAIDs] or acetaminophen ) upon consulting a pharmacist. However, guidelines that typically recommend that users be screened for codeine dependence before delivering low-dose codeine rarely occur. While codeine is typically used as a cough suppressor or analgesic, guidelines generally advise that codeine has a limited function in chronic pain management before commencing more potent opioids in acute pain conditions. While codeine is a “weak opioid,” the potential of dependence and damage due to subsequent dose increase and tolerance must be considered.

Given the wave of cannabis legalization that has spread across Canada and the wide availability of OTC and prescription codeine, people may be simultaneously using codeine- and cannabis-containing products, which puts them at more significant risks. Furthermore, because most people choose not to report their cannabis use to their healthcare practitioner owing to self-perceived stigma, healthcare providers may be ignorant of their patients’ concurrent OTC and/or prescription codeine and cannabis usage. As a result, the latest study aims to assess the relationship between cannabis and codeine use.

Result of the Study

The population source for the study consists of 16,349 respondents in total. After carefully eliminating 890 respondents with invalid responses, responses from 15, 459 individuals were used to study the variables. In total, 21.86% (3,338) respondents used cannabis in the last one year, 78.4% (12,121) did not. Among the respondents who affirmed cannabis use, 62.2% (1,833) were males between the age of 15 and 44 years old. Codiene use was also higher among respondents who reported cannabis use (14.0%) compared to those who did not report cannabis use (8.0%).

The study examined the association between cannabis and codeine usage using data from an independent national Canadian survey. In 2017, 21.6% of Canadians self-reported using cannabis, with 36.2% using cannabis for medical purposes. According to logistic regression multivariable models, those who self-reported cannabis usage had a higher likelihood of reporting codeine use. Individuals who used cannabis for medical reasons were approximately three times more likely to report codeine use when the study was confined to cannabis users.

These findings highlight the growing need for more research into the safety profile of simultaneous cannabis and opioid use. It also necessitates for healthcare providers, especially prescribers (that is, nurses, physicians, and practitioners), and pharmacists, to assess a patient’s cannabis use before prescribing codeine. Additionally, this research suggests that healthcare providers may play a role in supervising patients’ cannabis use, given that the long-term adverse effects of simultaneous use with prescription drugs, notable codeine, are undetermined. Evidence that supports the use of cannabis for the treatment of non-cancer-related chronic pain and opioid dependence has emerged recently, as studies show a decrease in opioid intake following cannabis use.

In addition to establishing a relationship between cannabis and opioid usage, the study reveals that those who claim to have excellent perceived overall health are less likely to admit to codeine use than those who claim poor health. These findings are consistent with prior research showing that people who take opioids have lower physical and mental health. Another interesting conclusion from the study is that men cannabis users were less likely to consume codeine than females. These findings are consistent with earlier research that shows disparities in opioid prescription rates between men and women. Females are more likely than males to be prescribed opioids, which may be explained in part by the increasing prevalence of chronic pain problems among females, such as fibromyalgia,  inflammatory arthritis, and migraines.

The current study reveals that people who have used cannabis in the last year had a 72% higher chance of using codeine-containing products (s). When only persons who used cannabis in the previous year were considered, those who used cannabis for medical purposes had three times the chances of using codeine. They were also substantially more likely to use a codeine-containing product(s) than those who used cannabis for recreational purposes. The vital link between cannabis and codeine highlights the importance of health practitioners monitoring patients for concurrent cannabis and codeine use, as long-term adverse outcomes are still widely undefined. Interdisciplinary care may be beneficial for patients who use cannabis for medical purposes. They should also be informed about the likelihood of heightened central nervous system depression if opioids and cannabis are used simultaneously.

CANNABIS AND OPIOIDS, READ ON… 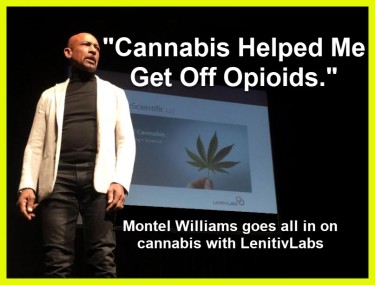 MONTEL WILLIAMS ON HOW CANNABIS GOT HIM OFF OPIOIDS!

Next Biden's Cannabis Pardon Helps No One - Cannabis | Weed | Marijuana 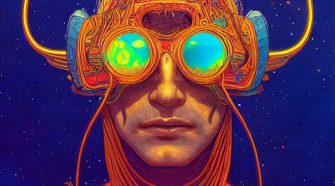 Tripping Balls in the Metaverse

The metaverse is the in-thing at the moment and it seems like everyone is getting their bit of it. A Miami-based psychedelic startup called Ei. Ventures recently announced that it will be getting in on the act. In its announcement, it disclosed that it had acquired a virtual land estate in The Sandbox. This space … 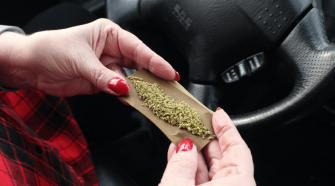 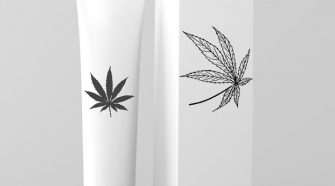 The Office of Administrative Law (OAL) formally approved regulations for all commercial cannabis licensees, California’s authorities declared last week. Section 5032 is one of the Bureau of Cannabis Control’s (BCC) most contentious regulations. The section essentially appears to forbid any intellectual property (IP) licensing deals between licensees and non-licensees, making California the only legalised marijuana state … 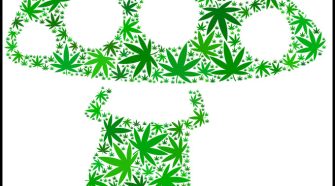 The demand for psychedelic substances has been growing gradually over the past few years, and it is anticipated to accelerate exponentially in the next few years. The main factors driving market demand during this projection period are the increased incidence of mental depression and anxiety and the accessibility to off-label medications. The cannabis sector, though, … 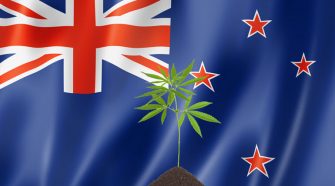