The Diffrence Between The Strains

The Entourage Effect: A Guide For Cannabis Enthusiasts 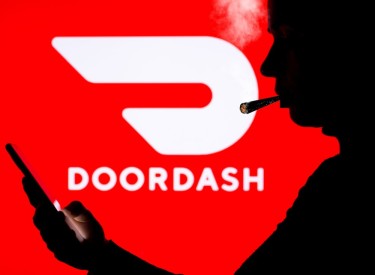 DoorDash is in the news this week due to an inconceivable mistake by one of its drivers. The actions of this driver have led to his termination as a worker of the reputable DoorDash delivery company. According to reports, DoorDash did this to immediately quell discussions that suggested they were in support of the actions of their driver.

Some days ago, an Ohioan DoorDash customer received an unexpected side meal when he received his order. He found an unwanted packet of cannabis in his order. The customer, who wishes to remain anonymous in this case, called the proper authorities to complain. He said he got very scared immediately when he noticed the bag of weed in the meal package.

He said the delivery driver returned to his residence after delivery to request the weed back “on the down low”. He told reporters that the Dasher had claimed that the package contained medicine for his friend. But, he chose to call the police and file a complaint to the police instead of returning the pot to the driver.

The customer ordered the meal via the DoorDash platform on August 9, and the meal was delivered soon enough with more than what he bargained for. The man explained that his fear only lasted a bit, as nothing about the weird occurrence was surprising. While giving his statement, he provided a picture of the meal pack containing his meal, cutlery, and the packet of cannabis.

The contraband in the pack was about a gram of cannabis packaged in a baggie designed with alien heads. The customer asked if the fault rested entirely on the driver or was probably a mistake from the vendor he ordered the meal from. He stressed that it had been a stressful and scary experience, mainly because he sees the effects of cannabis addiction on people in his workplace as a healthcare worker.

The man explained further that he has a close acquaintance who lost his nephew to the indiscriminate use of cannabis and fentanyl. The victim had unknowingly consumed marijuana that had been spiked with fentanyl.  According to Dr. Peter Grinspoon of WebMD and Snopes, most claims of fentanyl-spiked cannabis are false. He also pointed out that fentanyl immediately disintegrates once combustion occurs.

The customer added that it is highly worrisome that cannabis could have ended in the wrong hands. A child could have received the package. He also noted that the event made him question how well delivery companies like DoorDash vet their drivers. He concluded by stating that he is now hesitant about ordering food as the event has cast so many doubts on delivery.

In a public statement, a DoorDash spokesperson said that the company does not tolerate such actions. He mentioned that the Dasher had since been fired and removed from their platform. The representative also added that the company appreciates negative and positive feedback while thanking the customer for reporting this incident.

DoorDash’s spokesperson further stated that when he thinks about the incident, thoughts of his kids, nephews, coworkers, and even his grandchildren come to mind. He wouldn’t want them exposed to such cannabis products

Additionally, DoorDash’s immediate response to the customer proved that they do not condone such actions. In an email sent to the customer, the company pointed out that customers are at no risk of being delivered future orders in this manner.

Additionally, the company updated its background check policy; all DoorDash delivery drivers, popularly called Dashers, are now required to submit a criminal background check and a DMV before they can be hired.

DoorDash is currently not into cannabis delivery, although they have been toying with the idea for a while.

In 2018, CEO Tony Xu revealed at the Brainstorm Tech Conference that the company had been considering delving into the delivery niche of the cannabis industry. He stated that there were no concrete plans yet. However, the company had started strategizing how to start cannabis delivery operations in Canada.

Mr. Tony Xu clarified there and then that cannabis delivery was not one of the company’s priorities. He explained that U.S cannabis laws have resulted in many complications around payments, which is why the company prefers to kickstart such a project in Canada rather than the United States.  However, since then, the business has looked into the federally legal cannabis market in Canada. However, deliveries are not yet a factor in the calculation. 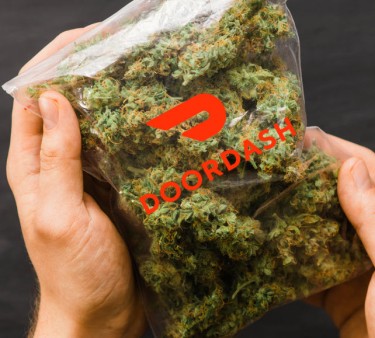 DOORDASH SHOULD START DELIVERING CANNABIS, YES OR NO?

Is Recreational Weed Dead in Germany for Now?

Germany’s intentions to legalize marijuana this year have been put on hold as a result of officials’ worries that European Union judges would dismiss a hurriedly crafted reform legislation. A government official reportedly stated that while the legalization proposal has not been abandoned, legislators are moving forward with some skepticism about promises of a breakthrough” …

A team of researchers from Quebec, Canada tested endocannabinoid levels in women after exercise based on two different diet regimens. Endocannabinoids, produced from Omega-3 fats, are affected by diet. Connections between exercise and the endocannabinoid system, on the other hand, have only been briefly explored in women. Runner’s High, an eCBome theory Endocannabinoid tone is …

Want To Find Out How Marijuana Makes Cannabinoids? New Study Sheds Light   Marijuana wouldn’t be what it is today without the hundreds of cannabinoids it contains. Cannabinoids are essentially chemical substances of varying structures found within the plant. When cannabis is consumed, these cannabinoids bind with receptors found around the brain and body, …