The prominence of medicinal cannabis and its acceptance in recent times has been majorly built on the effects of cannabinoids. Along with terpenes and other phytochemical molecules, they give rise to a wide range of medicinal effects and recreational effects. However, a recent discovery by Professor Raphael Mechoulam who is known as the father of cannabis research might soon change the world of what we know about cannabis and cannabinoids. What is this discovery? How important is it to the previously established body of knowledge around cannabinoids? Read on as we shed light on this and much more.

A research in 2020 by renowned cannabis researcher, Professor Raphael Mechoulam led him to the discovery of cannabidiolic acid methyl ester (EPM301). This research provided the world of cannabis with its first synthetic acid-based cannabinoid molecule And as expected it created a lot of buzz. The newly patented compound looked destined to change the world of medicinal cannabis for the better.

The designation EPM301 for the compound is so because the success of the research is based on the partnership of the researcher with the U.S. biotech company called EPM. The firm has long stood out as one of the companies looking to bridge the gap that exists between the pharmaceutical and cannabis industries. EPM is taking all the right steps towards redefining how the world sees CBD and ultimately maximising its potential as a pharmaceutical drug. This was the of Reshef Swisa, CEO of EPM and Dr Mechoulam who in a recent interview shed more light on how EPM301 came to be and the potential its holds.

One of the original substances that occur in cannabis plants is cannabidiolic acids. These acids appear early in the cannabis plants before giving rise to secondary substances like cannabinoids. According to Professor Mechoulam, these untapped acids are even more special as they are much more potent than the cannabinoids that most of the foundations of medicinal cannabis are built upon. The only issue that had long limited the exploration of the potential within cannabidiolic acids is that they are unstable. This unstable nature then makes them unfit for use as a pharmaceutical products. This was until the success achieved by Professor Mechoulam’s recent research.

While seeking to harness the goodness of cannabidiolic acids, Professor Mechoulam devised a chemical means to keep the compound stable enough for use. The process applied in the research was the esterification of the acid to produce a simple and stable ester. This modification of the acids retains the moiety of the acids needed for its activity and helps it be stable enough for further pharmaceutical experiments. This was the explanation of the CEO of EPM, Reshef Swisa as she explained how the research team worked to overcome the setback of the stability of the compound.

Once stability was established, the team quickly sought to identify the medicinal activities of the compound. The researchers discovered that the stable compound is effective in the suppression of anxiety and nausea. This is similar to the calming and relaxing effects of CBD. The compound also showed great signs of promise for cancer patients on chemotherapy, as well as patients with psoriasis or irritable bowel disease.

Professor Mechoulam is no stranger to the world of cannabis research and the usefulness of THC and CBD for conditions such as depression, nausea, and anxiety. His research in the 1960s is pivotal to the discovery of the endocannabinoid system in the human body. This helped in understanding the indirect and direct relationship cannabinoids have with endocannabinoid receptors to elicit medicinal effects. This gave him the tag of the father of cannabis research.

The same man is now 88 years old and has made a stunning discovery in cannabidolic acids which he presents as being more potent than CBD or THC without known negative side effects. While there is still a need for considerable research to be done on the compound, the results of the research already show promise. The compound is slated to be able to perform the medicinal activities of CBD, THC and more. This makes it more potent than other cannabinoids according to Professor Mechoulam.

Professor Mechoulam believes this discovery of EPM301 comes at an opportune time when the world of medicine is in dire need of new drugs to combat diseases. While some drugs are already available, they possess strong side effects. This is the present reality with steroids and opioids which are creating other problems that need attention based on their side effects. EPM301 can serve as a viable alternative to replace these families of drugs.

CBD has long been touted as a viable alternative to addictive prescription drugs but efficiency has always been the issue. The new patent for cannabidiolic acid corrects that as the research shows that it can be substituted for conventional drugs without reductions in efficiency. This was shown in the research on the drug as it was compared against two conventional drugs in IBD. The first drug was prednisone (a steroid) and the other was a biological drug. The result of the test shows that the activity of EPM301 was similar which helps to boost optimism for the future.

The final words of Professor Mechoulam were those of enthusiasm and hope for what cannabidiolic acids can become in the medicinal market in the years to come. He also warned against wrongly classifying drugs for medicinal use without proper due process. This is so that the medicinal use of cannabis doesn’t become confused with recreational use and there is little or no care for indication and dosing of the drug. 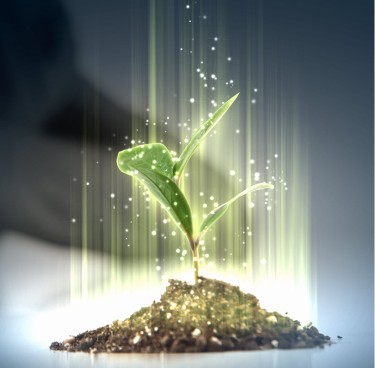 WHAT IS THE RESEARCH SAYING ABOUT EMP301 ACID?

Previous Is CBD Legal in Sweden? CBDSverige Sits Down with Cannabis.net to Talk CBD in Sweden

Trends in the US CBD Consumer Market – Cannabis News, Lifestyle

Researchers have identified some trends in the US CBD consumer market. Once an unknown and mysterious compound in cannabis, CBD has been making headways in research labs and clinical studies. CBD stands for Cannabidiol. First isolated in 1940, CBD is one of the hundreds of cannabinoids found in cannabis. Unlike its famous cousin, Tetrahydrocannabinol (THC), …

Did you know that one of the most prolific medical cannabis activists began her career at the age of 57? Not only was Brownie Mary an advocate for cannabis, but she was also a strong ally during the 1980s AIDS epidemic. Plus, she was one of the driving forces behind the popularization of the pot …

Does Health Insurance Cover Mushrooms and Psychedelics? (Even with a Doctor’s Note?)

It may seem far-fetched to have a health insurance company pay for an ecstasy or magic mushroom trip, but the psychedelics market is already crunching the statistics and proposing US insurers.   Early results from clinical trials on substances like MDMA and psilocybin have been encouraging. In the middle of what is often regarded as …

Florida has decided to try another strategy by 2024 for cannabis decriminalization, primarily because the previous plans have failed to scale.   Jonathan Robbins, the head of Akerman’s national cannabis practice, describes what legalizing cannabis for adult use would mean for current business owners and market seekers. To avoid what occurred to two previous ballot …

Is it a problem that scientists find THC in over 60% of CBD products they tested?   There is every possibility that when you purchase a CBD product from your local supplements or grocery store, you could be getting a little something more than you bargained for, a new study cautions. According to reports …