Cooking with Cannabis Around the World 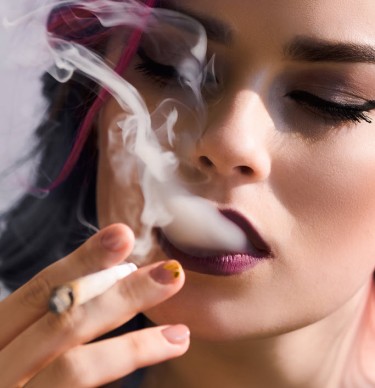 A new patent for the extraction of cannabinoids is now available and it could be a turnaround in the cannabis industry and extraction of cannabinoids. The U.S patent was recently awarded to Real Isolates and the early signs show that this could very well be what changes the face of isolation and extraction. Read on as we explore what this new technology is, the advantages it has over existing methods and how it can benefit the industry generally.

Cannabinoids are not only found in the cannabis plant, they are also found in hemp plant material too. While cannabis is illegal federally in the United States, industrial hemp is considered legal. What legalizes cannabis as industrial hemp according to the law is that its concentration of THC must be below 0.3% of the overall composition. Many extractors who have aimed to extract THC from industrial hemp have however been hit with a bit of an obstacle. Due to the effects of the extraction process, most extraction processes available now, THC content after extraction drives us to about 3.5% which is not deemed illegal.

Following the increase in the concentration of the extracted THC, most extractors resort to dilution of the product to become compliant with regulations. This reduces the medicinal capacity of these cannabinoids and renders them unusable for the desired purpose. Another approach that has been taken to solve the problem of an increase in concentration is fractional distillation. However, this has the problem of excess loss of products and increased costs for industrial refineries.

The use of C02 extraction and liquid-solid solvent extraction has also been extensively used to extract raw cannabis oil rich in these cannabinoids from cannabis plants. The issue with this is that it is hard to regulate the concentration of the cannabinoids present in cannabis oil. This makes it harder to remove and isolate specific compounds and further makes the need for a method to extract cannabinoids pivotal. This is where the new patented method comes in as a revelation and a solution to existing problems.

Real Isolates is a biotech company that has decided to stretch its wings into the world of cannabinoid extraction. This move has resorted in its issuance of a patent by the United States Patent and Trademark Office recently. The patent was issued for a new method of extraction of cannabinoids and other compounds from a rare cannabis source. The biotech company takes a step further from what other extractors have been doing. This is because cannabis smoke serves as its cannabinoid source as opposed to the original plant material being used by other extraction methods.

According to the company, the product of this method of extraction is rich in common and rare cannabinoids. This is sure to increase the entourage effect of the cannabinoids which helps in their medicinal effect as shown in the available literature. The Massachusetts company also believes the product will usher in a new era of cannabis and cannabinoid-based products. The presence of rare cannabinoids is touted to promote the creation of new and improved types of edibles, topicals, and inhaled cannabis products.

By being the owner of the patent for this new extraction method, Real Isolates has put forward a product to be derived through the process. The oil to be licensed through this extraction will be sold under the brand name Smokenol. Smokenol will be made readily available to manufacturers across the country as they look to expand their reach and influence.

The CEO of Real Isolates Michiel Westerkamp, in a recent release, explained some of the advantages of this recent method over other conventional methods. The first of the advantages he pointed out is that it’s a safer and simpler alternative to the general hydrocarbon and CO2 extraction. This is because these methods convey a degree of risk to the operator or extractor and the integrity of the extracted products.

The extraction method also allows cannabis product manufacturers to develop a product with dose consistency and duration similar to that experienced in smoking. Many experienced cannabis users have had this problem of convenience and dose with edibles and topicals. This is because they are used to the effects of cannabis smoke. This extraction method helps to correct that and bring a product with similar effects.

General cannabis extraction methods make use of low temperatures to facilitate their extraction. The impact of this is that a great deal of rare cannabinoids is lost to the extraction process. It also created an unbalanced composition of cannabinoids reducing the much-desired entourage effect ascribed to this balance. Smokenol on the other hand makes use of high heat which activates and transforms the cannabinoids. This then creates a rich and diverse profile of active ingredients.

The available information shows that this new patent method by Real Isolates can change the landscape of cannabis extraction. Its advantages over conventional methods as being safe, simpler, and more effective are there to see. Its efficiency in promoting the development of new and diverse products too must not be overlooked. All that is left now is to enjoy the goodness that smokenol has to offer the cannabis industry. Likewise, we also look forwards to the development of other methods that will further improve the quality of products and promote customer satisfaction.

During the Cold War, a CIA agent had a tough job. They had to secretly engage in dangerous activities while completely avoiding detection, as being caught would result in torture and death. To aid the agents in their endeavors, the Central Intelligence Agency created some crazy spy gadgets. Some of these inventions are so creative …

5 Graphic Novels All About Cannabis

If you’re a fan of both comics and Mary Jane (not Spiderman’s girlfriend), then you have to check out these 5 graphic novels all about cannabis. One of my favourite things about comics and graphic novels is their accessibility. They’re a great way to share a story, information, or aesthetic, but they’re also super fun …

Can You Smoke Magic Mushrooms?   Psilocybin is the word on everyone’s lips these days.   This amazing compound found in species of “magic mushrooms” is widely being consumed by everyone from young adults for recreation to moms, burnt out entrepreneurs, and everyone in between. After all, its health benefits are nothing short of miraculous: …

A wrongful arrest due to cannabis isn’t unheard of. A Staten Island cop kept planting cannabis in people’s cars despite the NYPD clearing him of any wrongdoing. In Canada, police use various tests to decide if your driving is “impaired” by cannabis. But, of course, as anyone can find out through three seconds of research, …