Green Thumb Industries Inc. (OTC:GTBIF), a multi-state cannabis business, and Circle K Stores, an American network of convenience stores, have partnered. According to the agreement, Green Thumb will sell legal marijuana at Circle K gas stations in Florida, according to Bloomberg.  The original idea of the two teaming up made sense, as Cananbis.net covered the Fire and Flower and Circle K connection here.

Sales will begin at 10 of the company’s 600 locations in the Sunshine State in 2023. According to Ben Kovler, CEO of Green Thumb, sales of cannabis would “continue to normalize” when it is combined with other consumer goods. This agreement is long-term.

It may be possible for marijuana to become entirely accepted by society if it is sold at places where people commonly purchase food and cigarettes. Reports show Green Thumb will lease space from Circle K outlets, and both businesses will split the profits.

Fuel and Weed at Circle K

Green Thumb Industries Inc. revealed on Wednesday that it intended to leverage its agreement with Circle K to ramp up the retail space available for its Florida medical marijuana business. Soon you’ll be able to fill up your tank and purchase a joint at the same gas station in Florida.

About 10 Green Thumb’s “RISE Express” branded dispensaries will be located next to Circle K stores as part of the group’s test and learn phase of the implementation starting in 2023 in various Florida regions. The specific locations of the selected stores are still undisclosed, but several reporters say they have contacted the stores to know where they are. Circle K will only let Green Thumb rent space from it; Circle K already has about 600 stores in Florida. The “RISE Express” outlets will offer patients branded cannabis products, including flowers, concentrates, pre-rolls, and vapes.

Green Thumb also explained that their brand-new 28-acre growing facility in Ocala will be up and running by the end of 2022, supplying the products sold at these retail locations. The owner of Circle K, Quebec, Canada-based Alimentation Couche-Tard, clarified that Circle K would not provide marijuana for sale in its areas in the United States but rather in the adjacent spaces next to the stores. Ben Kovler also noted that the agreement with Circle K would make it quicker and more efficient for patients to purchase high-quality cannabis as part of their regular routine while going by their local convenience store.

According to the Florida Department of Health, more than 700,000 Floridians currently have active cards registered in the state’s medicinal marijuana program.

About GreenThumb and Circle K Industries

Green Thumb Industries is a national provider of cannabis cultivation, extraction, and dispensary management services. Under well-known brand names like Beboe, Dogwalkers, Doctor Solomon’s, Good Green, incredible, and RYTHM, it manufactures and distributes a range of cannabis products. Additionally, the company owns and operates RISE, a network of rapidly growing national retail hemp businesses. Green Thumb operates in 15 U.S. markets, has 17 manufacturing facilities, and 77 open retail locations. Its corporate office is in Chicago, Illinois. About 4,000 people work for Green Thumb, which began operations in 2014 and yearly serves millions of patients and customers.

With outlets all over the world, Circle K is one of the biggest American convenience store businesses. With a beverage fountain, coffee bar, frozen and chilled foods, packaged and dry goods, a variety of groceries, and gasoline in some locations, Circle K stores have everything a customer could possibly need on the go. The Canadian convenience store holding company Alimentation Couche-Tard, which also owns On the Run locations, is the owner and operator of the Circle K chain of stores. The Southern, Western, Southwestern, and Midwestern regions of the country may be home to the bulk of Circle K convenience stores. Due to its broad selection of food and other products and its global presence, Circle K has developed a reputation for convenience.

Prior attempts to legalize adult usage in the state have been resisted and denied by the Florida Supreme Court. The Smart & Safe Florida political committee believes that the text of their suggested amendment to the state’s marijuana statute will be successful and prevent such a discussion.

The Bellamy Brothers are featured in the first campaign ad, which explores the effects of legalizing recreational usage on civil liberties and employment opportunities. The largest medical marijuana company in the state, Trulieve, supports the budding measure.

To kickstart the campaign, Trulieve is contributing $5 million in first seed money. However, the company’s CEO, Kim Rivers, stated that they also anticipate financial support from other industry players.

The state Supreme Court of Florida has rejected subsequent attempts to put broader legalization on the ballot, even though Florida voters approved a medical cannabis constitutional amendment in 2016. The court established that the language of the proposed measures by Make It Legal Florida and Sensible Florida was deceptive, invalidating them. In a discussion with the News Service of Florida, Rivers said that every effort towards cannabis decriminalization in the state had brought some form of learning to the team and her.

Since June 16, 2014, Florida joined the group of 22 states that have partially authorized access to medical marijuana. Patients with cancer, seizure disorders, recurrent seizures, or muscle spasms were permitted to consume low-THC cannabis products that a licensed physician had recommended. Both doctors and patients had to sign up for the Compassionate Use Registry, an online database organized by the Florida Department of Health. The governor also passed Senate Bill 1700, which protects the privacy of patients and medical professionals who support low-THC cannabis.

With the passage of State Bill 307 in March 2016, terminally ill patients who were given less than a year to live by attending physicians gained access to medical marijuana at its maximum potency. Finally, In November 2016, 71% of Florida voters approved the total legalization of medicinal marijuana.

As giants in their industries, there’s enough reason to believe that the partnership will not only promote medical cannabis within the state but all over the country. 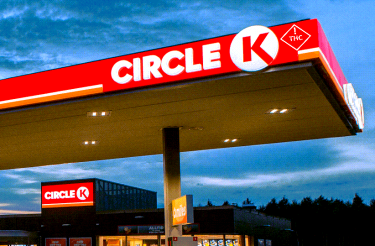 CIRCLE K HAS CONNECTIONS TO SELLING CANNABIS, READ THIS!

Urologic cancers are cancers that attack the structures and organs of the female and male urinary tract as well as the male reproductive structures. Urologic cancer is the general term for cancers of the kidney, testicles, bladder, penis, and prostate.   The Cancer Society of America believes that urological cancers make up about 23 percent …

An online survey conducted by EKOS says 33 percent of Canadians are OK driving high on cannabis. Although the language of the survey findings report insists this is “drug-impaired driving.” The survey doesn’t address the assumption that cannabis-influenced driving is harmful. It merely parrots the established narrative and then records Canadian responses. Fortunately, Canadian cannabis …

Over the past few years, the cannabis market in the United States has skyrocketed. You may now choose from hundreds of marijuana products because marijuana is now legal in many jurisdictions and because demand is growing. Each time you visit a dispensary, edibles, THC, and CBD Concentrates, pills, and ointments are all around you. Knowing …

If you believe Justin Trudeau sold cannabis in Canada out to a Laurentian Elite, then George Smitherman is your boogeyman. A former politician and now licensed producer, he’s also President and CEO Cannabis Council of Canada (C3).  When the Trudeau government announced a review of the Cannabis Act, C3 released “Five Big Asks.” They are: …