How To Use A Vape Pen : A Complete Guide For Beginners


From January to today, three Oklahoma attorneys have been caught and are facing charges for allegedly getting involved in illegal cannabis licensing schemes. The scheme, generally termed Ghost working, involves the creation of registration of companies to obtain licenses.

The most recent attorney to get arrested, Mathew Stacy, is accused of registering about 300 limited liability businesses to obtain medical cannabis and manufacturing licensees easier. He has allegedly set up many of these illegal operations under Oklahoma’s medical cannabis program.

Earlier in June, Logan Jones and Eric Brown were similarly charged with falsifying business records, cultivation of illegal substances, and different counts of conspiracies. The Oklahoma Bureau of Narcotics (OBN) investigators revealed that they had interviewed four other attorneys working in the James-Brown law firm, and all four confessed that their names had been used to register for Oklahoma’s medical cannabis production licenses.

The Oklahoma Bureau of Narcotics Public Information Officer, Woodward, gave a statement hours after the multi-grand jury indictment of Stacy. He revealed that in addition to being appointed to Republican Governor Kevin Stitt’s COVID-19 response team, Stacy is a lieutenant colonel in the Oklahoma National Guard. Stacy also gave about $3,000 to Governor Stitt’s reelection campaign.

According to Woodward, the OBM hasn’t gotten far with the ongoing inquiries and the rampant registration of countless businesses for medical cannabis licenses. “The Oklahoma Medical Marijuana Authority reports that there are 7,400 licensed growers in the state, but marijuana producers that may have received permits despite the in-state owner having no actual involvement with the business include well over 1,000, if not close to 2,000.

Nearly 25% of the farms in Oklahoma may be engaged in the same deceptive business operation,” according to Woodward.

In an interview with KOCO, a reputable news agency in Oklahoma, Woodward revealed on behalf of the agency that most lawyers and consultants involved in this ghost working charges often recruit non-residents to come and apply for these licenses— promising them 75% ownership. In comparison, the illegal businesses will come with their 25% work crew. These criminals produce the plants, move them to the point of sale, and also move the money. Woodward added that 75% of owners have no idea what’s going on on their farms.

According to the OBN, Oklahomans were enlisted to take on the role of “ghost owners” of the companies, signing ownership documents but being uninvolved in day-to-day management. The farms are often run by out-of-state persons. Investigators discovered “thousands of marijuana plants actively growing with dozens to hundreds of pounds of fully processed and packaged marijuana present on the raided premises.”

The agency revealed that Stacy is yet to admit his faults; instead, he has claimed on various occasions that the businesses he applied to register haven’t started operating. Woodward asserted that the illegal businesses wouldn’t have been able to secure a license if a legal team hadn’t come forward and offered bogus documents. The bogus owners might potentially be charged with felonies for their role in the scheme, according to Woodward.

The attorney in charge of this case, John O’Connor, revealed in June that the state is focused on getting rid of illegal operations hiding under the guise of authorized permits. He revealed that in a few months, the state would be rid of persons misusing its legal medical cannabis system.

In his defense, Brown’s lawyer asserted that the two were no longer partners while denying any wrongdoing. According to Ken Adair, Brown’s attorney, his actions and knowledge of what transpired are in no way similar to the state of mind or criminal intent needed to break the law. Meanwhile, a request asking Jones for comment received no response.

The agency showed that at least 400 cannabis farm operations in Oklahoma are listed as properties of several employees at the James-Brown firm, whereas the actual owners are out-of-state persons. Four staff members of the Jones-Brown legal company reportedly revealed during interviews with investigators from the Oklahoma Bureau of Narcotics that they had been utilized to submit applications for state-issued permits to produce medical marijuana.

According to affidavits submitted in Garvin County court, one legal assistant told investigators that she was paid $3,000 for each license she signed, with at least $1,000 going back to the law office, and that because she “met with clients so regularly.

The Oklahoma Bureau of Narcotics is looking into additional ‘ghost owner’ activities that might exist. Bureau Director Anderson also emphasized that they took 14 months on this one case and stated there are some they have been working on much longer.

A statewide raid this year that resulted in many arrests, the confiscation of 100,000 plants and 2,000 pounds of processed marijuana, and other charges, according to the bureau, was made possible by the OBN’s ability to devote more investigators to illegal pot operations in previous years. The Oklahoma Medical Marijuana Authority (OMMA), the state body in charge of licensing, is frequently unable to spot a phony license application, according to Anderson. Therefore the Oklahoma Bureau of Narcotics’ work is essential to detecting non-resident owners.

It is noteworthy that OMMA will be made a stand-alone agency by next month. This move has been finalized by the state’s lawmakers. Regarding licenses that falsely utilize an Oklahoman’s name, Anderson noted that although OMMA has drawn some criticism for it, it is not OMMA’s fault because everything (appears) in order when you inspect them.

The government’s decision to make OMMA independent will help reduce the complexity of regulations and compliance. By doing this, the agency, in conjunction with the security agency and OBN, will be able to effectively regulate the businesses that the electorate has authorized as legitimate while minimizing the risks the black market presents to the welfare of Oklahomans. 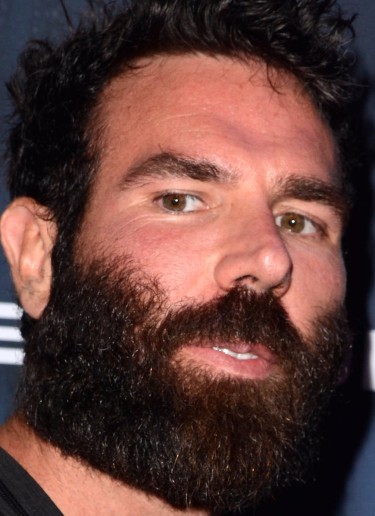 THE END OF CANNABRO CULTURE? NOTORIOUS CANNABIS OWNER IN TROUBLE!

Previous Stoning and Boning - Can You Smoke Weed While Using Viagra?

For Oregon residents, the new year came with both festivities and new cannabis regulations. The regional regulator Oregon Liquor and Cannabis Commission (OLCC) has approved several changes to the legal statute governing cannabis use in the jurisdiction. The authority gave the final go-forward to these changes on December 28, in line with the efforts it …

As the laws surrounding cannabis relax around the world, drug impairment and driving is a growing concern. Each country has its own method of dealing with this issue. For many governments, the best option has been to use roadside THC saliva tests. However, when it comes to determining cannabis impairment, saliva samples are not accurate. …

Terpene profiles will soon be commonplace among cannabis consumers. Rare profiles with a variety of terpenes comprise exotic cannabis chemovars — also known as strains. Albeit less common, some exotic cannabis genetics and at least one traditional cultivar can produce humulene. Humulene is closely related to the more common terpene, b-caryophyllene. Due to a different double bond in their …

2022 Cannabis Measure Gets No Dice From Oklahoma Supreme Court   The Supreme Court of Oklahoma refused to get involved in the case of a state question to make recreational cannabis legal as the case still faces legal obstacles, making it appear doubtful that the state question will appear on the November ballot.  Oklahoma did …