Is the US Cannabis Industry Just a Front for the Russian Mob?

Can You Overdose from THC? – Cannabis | Weed | Marijuana 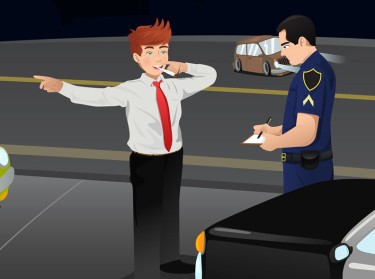 DUID (Driving under the influence of drugs) appears to be a contributing factor in crashes involving impaired driving. According to the National Highway Traffic Safety Administration’s 2013–2014 National Roadside Survey, there has been a decline in drivers’ alcohol consumption from 1973 to 2013-2014.  On the other hand, there was a rise from 8.6% in 2007 to 12.6% in 2014 in the proportion of night-time weekend drivers who screened positive for cannabis use.

A study carried out in 2013-2014, concentrated on drugs that could potentially impair driving skills, such as, prescription, over-the-counter, and illicit drugs and found that 8.3% of weekend night-time motorists screened positive for alcohol (a blood alcohol level of over .005) and 1.5% had a blood alcohol level of.08 or greater, 22.5% had a positive drug oral fluid and/or drug blood test. The study does note that impairment is not always present when drugs are present. NHTSA reports that marijuana use quadrupled between 2007 and 2016, from 25% to 42%, among motorists who were fatally injured and who had drug tests.

DIFFICULTY IN TESTING FOR DRUG USE

Due to the limits of drug detection technologies and the lack of a consensus threshold to define impairment, doing tests for drug impairment is challenging. .08 g/mL blood alcohol concentration is the threshold of impairment for drunk driving in the United States. But for driving while under the influence of drugs, there is no comparable national standard. People respond to drugs differently each time. Additionally, marijuana and other drugs can linger in the bloodstream for weeks, making them visible in roadside tests even if they no longer cause impairment.

Because motorists who might be under the influence of both cannabis and alcoholic beverages are frequently ticketed for having high blood alcohol levels and infrequently tested for other substances, it is therefore challenging to track cannabis-impaired driving.

Each state has a statute that, in some way, addresses the problem of driving while high on marijuana. Oral fluid roadside testing systems are in place or are currently being used in Alabama, Michigan, and other states to check drivers for cannabis and other substances that might impair their ability to drive safely. States are also investigating ways to improve crash and citation data collection in order to strengthen DUID legislation and enforcement.

STATES AND THEIR DRUG STANCE

In 2020, Oregon became the first state to authorize psilocybin (psychedelic plant) products for anyone age 21 and older.

Tetrahydrocannabinol (THC), the chemical in cannabis that gives it its intoxicating effects and causes impairment, has specified per se limitations in these five states: Montana, Illinois , Ohio, Nevada, and Washington. These limits range from 2 nanograms per milliliter (ng/ml) of blood to 5 ng/ml. According to per se law/legislation , a person is deemed legally impaired after it is established that they have reached or exceeded the legal limit.

Colorado’s rational inference rule stipulates that in circumstances when THC is discovered in a motorist’s blood in concentrations of 5ng/ml or greater, it is permissible to believe the driver was driving under the influence. Laws based on reasonable inference are different from per se legislation in that they let those who have been charged with driving to provide an affirmative defense to demonstrate that they were not impaired even when their test results were at or over the legal limit.

The percentage of motorists in Washington who test positive for cannabis after a severe collision has doubled, from approximately 9% to nearly 18%, according to recent study from the AAA (American Automobile Association) Foundation for Traffic Safety. This occurred after the state legalized it in 2012. The study did not establish a causal connection between legalizing cannabis and an increase in the number of motorists involved in severe accidents who tested positive, the study also revealed.

The number of casualties in accidents when drivers tested positive for THC increased from 18 in 2013 to 77 in 2016 in Colorado, where cannabis for recreational use was likewise authorized in 2012.

According to the American Automobile Association’s 2020 Traffic Safety Culture Index, the majority of respondents (69%) and (87%) respectively believe that it is very or extremely unsafe to drive after taking cannabis and taking other potentially impairing prescription drugs. The index also revealed that 77% of poll respondents are in favor of outlawing driving while having a particular level of marijuana in their system.

Currently, saliva, urine or blood testing are the most popular ways to find marijuana. That being said, some states have started piloting oral fluid pilot projects. Alabama, for instance, used oral fluid testing devices for both evidentiary and screening purposes in its initial pilot program before converting it into a permanent oral fluid toxicology program.

State police in Michigan were given the green light to create a pilot program for oral fluids under Public Act 242 and 243 of 2016. The oral fluid test was administered during the initial pilot in five counties by professionals in drug detection. This initiative was not voluntary, in contrast to earlier ones (such the three-year Colorado test program that began in March 2015), as drivers did not have the choice to refuse to provide a sample. It was a civil offence to refuse to take an oral fluid test. The program is now run statewide and has been extended for one year, ending on September 30, 2020.

Frankly, driving under the influence of drugs should be outrightly prohibited. Even with the new trend of cannabis legalization everywhere, there has to be room for that boundary. With the number of accidents recorded from this DUIs, this should not even be a discussion.

NHTA ON CANNABIS AND DRIVING, READ ON…

What are the most active ingredients in hemp and cannabis?

How We Got Here Today

Is Canadian Prime Minister Justin Trudeau guilty of treason? The Criminal Code defines “high treason” as someone who attempts to overthrow the state or aids its enemies. A person commits “treason” who: a) uses force or violence for the purpose of overthrowing the government of Canada or a province, b) discloses, without lawful authority, military …

Germany appears to be speeding up its legalization process. Finance Minister Christian Lindner tweeted cannabis will be legal “soon.” Health Minister Karl Lauterbach said there are a lot of technical details to work out, which are supposed to start this summer. Expect a draft legalization bill sometime before the end of the year. The Germans …

Most cannabis research is false. A bold statement. So what does it mean? In 2005, Stanford University professor John Ioannidis published the paper “Why Most Published Research Findings Are False.” In it, he argued that most published research findings are false due to a combination of factors such as small sample sizes, inadequate adjustment for …

Are the Benefits of THC and CBD Overblown? Depends on Who You Ask!