The DEA Wants More Weed and Mushrooms Grown for Research 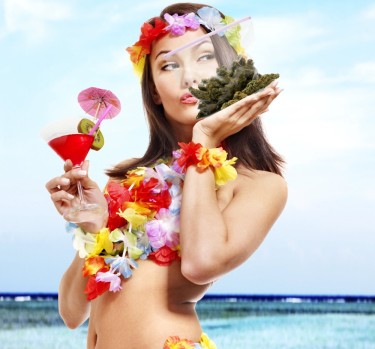 Based on a recent report from the agency, the state of Hawaii’s Tax Department estimates that legalizing cannabis for adult use would bring in about $50 million in tax revenue annually, a significant increase over the $2.5 million in medicinal cannabis taxes gathered over the previous fiscal year. The costs of putting the legality of marijuana for recreational use, however, won’t be covered, according to a state senator, with the taxes that are collected.

Isaac Choy, the state’s tax director, presented tax income from medical marijuana sales, employee withholdings, and corporate income tax of $2.557 million from July 1, 2021, until June 30, 2022, during a meeting of Hawaii’s Dual Use of Marijuana Task Force on Monday. The government organization also forecasted that legalizing marijuana for recreational use would generate around $50 million in tax revenue.

On a live news broadcast, state representative Ryan Yamane, the chairperson of the House Health and Human Services Committee, stated that it was likely that the anticipated tax revenue would not be sufficient to cover the expenses of regulation connected with the legalization of adult-use cannabis.

Yamane added that there aren’t a lot of things that can be purchased with $50 million.  Therefore, there isn’t this enormous gain that will be capable of funding education or healthcare services. The Democratic legislator claimed that the sum would make it challenging to finance the infrastructure needed to offer control of a statewide recreational cannabis market.

Yamane remarked that it was challenging to leverage that in order to launch a new program. With $50 million annually, hire personnel, do monitoring, and handle all the various facets of adult recreational use, he added.

THE MARIJUANA INDUSTRY DOES NOT AGREE WITH PROJECTIONS

However, representatives of Hawaii’s medical cannabis business disagree with the Tax Department’s estimate that legalizing adult-use cannabis would bring in around $50 million for the state in tax revenue. Ty Cheng, president of the Aloha Green Apothecary dispensary and chairman of the Hawaii Industry Cannabis Association, said that tax revenue from the sale of cannabis for recreational use would certainly exceed state estimates.

The department’s estimates of around $200 million to $273 million in gross yearly recreational cannabis sales were contested by Cheng since it is unclear how much money visitors to the islands will spend on cannabis for adult use. He estimated that recreational marijuana sales would reach $400 million, which is comparable to the sum of money consumed on alcohol in Hawaii per year. If tax revenue increased at that rate, it would probably reach $80 million.

The cannabis market in Hawaii has a lot of space for expansion, according to Cheng. According to data from the state Department of Health, 33,725 people had active medical marijuana cards as of the end of September. Additionally, each company only has practical access to a small percentage of the total number of patients because there are only eight medical cannabis dispensaries scattered among the islands.

We only actually serve 8,000–9,000 patients, Cheng stated. And those patient counts have climbed over the past three years, particularly during the pandemic, and income has increased by double in the last two years.

EXPLORING THE LEGALIZATION OF CANNABIS IN HAWAII

The state legislature and the Democratic governor in office at the time, David Ige, who opposes the legalization of recreational marijuana, established the Dual Use of Marijuana Task Force last year to investigate the possibilities for additional marijuana policy reform in Hawaii. In 2000, state legislators in Hawaii made it legal to consume cannabis for medical purposes, becoming the first state to do so by legislative rather than the popular vote. But medical marijuana stores weren’t permitted until 2015.

Following the general election next week, Cheng expressed optimism that fresh steps toward the legalization of cannabis will be taken under the leadership of the new governor.

With President Biden’s recent pardoning of federal drug charges, Cheng asserted that there is currently a very optimistic vibe towards adult-use cannabis.

According to Terilynne Gorman, a Maui resident and member of the task group, if the goal of legalizing marijuana is to raise money, the taxes received from medicinal marijuana and anticipated from the recreational use of cannabis will fall short of people’s expectations. The estimated tax revenue, according to her, does not seem like much of a jackpot for the state of Hawaii. It is possible that this is not the tax windfall that folks are hoping for.

Gorman further stated that a state lottery might well be far more lucrative if the intention is to raise money for the government’s coffers, but he added, I know we’re not here to talk about that.”

The task committee, according to Yamane, is Hawaii’s greatest chance to legalize marijuana after years of futile attempts. The commission is still gathering data, and the state legislature will receive a report on it.

He said there would be several opportunities for members of the public to weigh in and testify in favor of or against. However, he added that we really wished to expose certain myths and ascertain the truth.

Representatives of the cannabis sector in Hawaii are hopeful that their state will not lag behind after voters in five states decide whether to legalize cannabis in the midterm elections next week.

Randy Gonce, director of the Hawaii Marijuana Industry Association, advised everyone to pay attention and be ready for feedback from the public. This is the most Hawaii has ever come to legalizing marijuana in our state’s history, he said.

The state of Hawaii is about to begin the process of legalizing cannabis for recreational purposes, but legislators are claiming that the possible tax income that would be generated from the adult-use legalization is not worth it, as it won’t cover the cost of legalizing it. However, big players in the cannabis industry of the state do not agree with the legislators and claim the amount to be generated will be more than their estimations and that rate of purchase of adult-use cannabis would e equal to that of alcohol in the state.

HAWAII LEGALIZES, NOW WHAT, READ ON… 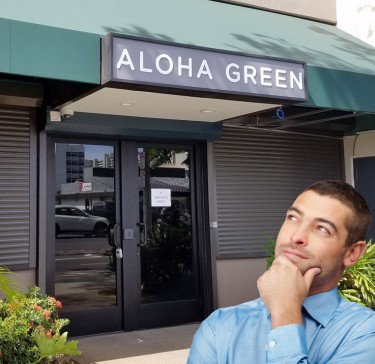 WHY DO HAWAIIANS LOVE THE CANNABIS BLACK MARKET?

Previous Is the RICO Act a Serious Problem for the Cannabis Industry or Just a Bunch of Smoke?

Next The Evolution of Cannabis Through the Eyes of a Stoner

The World Anti-Doping Agency Will Still Include Marijuana On Banned Substances List – Why This Needs To Change   Some of the world’s major sports leagues, such as Major League Baseball (MLB) and the National Basketball Association (NBA) have already progressed with cannabis testing laws by eliminating random THC testing.   On top of that, …

As many of you should know by now, Cannabis is a marvelous tool for personal development and self-discovery. I’ve personally used it in this capacity for more than 15-years and have seen my relationship to the plant evolve in kind.    However, when cannabis becomes routine the magick of marijuana is lost and what is …

There have been some major developments in the audio world that will revolutionize the way we hear sounds. Here’s a look at some mind-blowing music technology and a wordsearch to add some joy to your day. Get ready to be amazed by these new concepts and trippy tones. After all, the world is very beautiful …

Spring is in full swing (unless you are in the Prairies or parts of Eastern Canada – It’s snowing) and the public health orders are almost non-existent… It’s about to get freaky out there. With that in mind, let’s take a look at some strange sex; here’s an obscure and unusual fetish crossword!  X Sinful …

For many years, fear tactics were some of the more effective tactics of the war on drugs and anti-drug propaganda. Stories of negative reactions among users were a means of keeping those interested from experimenting with substances like Cannabis, Psilocybin, and LSD. In fact, the horror stories of the bad LSD trip are so common …

To suck or swallow? The pharmacology of THC edibles