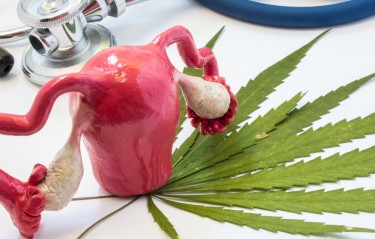 The Impact of Cannabis Use On Women’s Fertility and Ovulation

Cannabis-consuming women in child bearing age may be concerned of the impact of their habits.

After all, age – as well as everything we put into our body – can increase or decrease our chances of conceiving a baby. However, age is the most important factor that determines a woman’s fertility; all females are born with a finite number of eggs, and the quality and quantity of those eggs will both reduce with age.

Other factors also include genetics, hormones, medical history, and lifestyle. Women who are overweight or underweight, have irregular sleeping patterns, consume alcohol and smoke tobacco typically have a reduced chance of conceiving especially above the age of 35. But what about cannabis?

After all, marijuana is the most widely used recreational drug especially among adults of child-bearing age. Additionally, cannabidiol (CBD) products are also widely used among women of all ages especially for treating several conditions affecting the reproductive system.

A 2018 poll of women in the United States and Canada was conducted by researchers at the Boston University School of Public Health. The results, which were shared in the Journal of Epidemiology and Community Health journal, was the first study to analyze any associations between conception probability and cannabis consumption.

Four thousand one hundred ninety-four women from the ages of 21 to 45 participated in the Pregnancy Study Online (PRESTO) web-based study. It was focused on women who were in stable heterosexual relationships, not using any fertility treatment or contraception. The women were also given the choice to invite their male partners for the poll.

The results showed that from 2013 through 2017, some 12% of female subjects and 14% of the males admitted to using marijuana 2 months before answering the PRESTO survey. They engaged in 12 follow-up cycles, after which it was found that the probability for conception was similar among the heterosexual couples who consumed marijuana as well as those that didn’t.

“Given the increasing number of states legalizing recreational marijuana across the nation, we thought it was an opportune time to investigate the association between marijuana use and fertility,” explains Lauren Wise, the study’s lead author and a Boston University professor of epidemiology.

Other studies show that CBD may help women who struggle with hormonal imbalances. Several hormonal abnormalities decrease the chances of ovulation and can interrupt it, making pregnancy unlikely and even impossible.

Hormonal imbalances can be tricky to treat. Oftentimes it presents in cysts and may require the use of surgery, lifestyle changes, and medication – many times 2 or more treatment methods, just to be successful.

But a study has shown that consuming CBD can be beneficial in regulating secretion of cortisol, a stress hormone. High levels of cortisol in the body can affect other hormones such as sex hormone and thyroid-stimulating hormones. Because of this, any method that is effective in reducing cortisol is beneficial for supporting overall hormone balance. On top of that, CBD is rich in omega fatty acids as well as gamma linolenic acid, which help stabilize hormones.

Another study from 2017 analyzed the impact of cannabinoids on endometriosis. “Pain management for patients with endometriosis needs to be more effective, target the hormonal and immunologic environment, downregulate proliferation while enhancing apoptosis, and normalize the invasive mechanisms and neuroangiogenesis processes. ECS  (endocannabinoid system) modulation appears to be a good therapeutic strategy by potentially combining all these factors,” concluded the study authors.

Excess estrogen production in a woman’s body can result in numerous fertility issues. High estrogen levels are linked to ovarian cancer, endometriosis, insulin resistance, irregular periods, and difficulty conceiving. Estrogen is produced within the varies, and other enzymes within the body also help control production and metabolize it.

Studies have found that CBD in cells is effective in inhibiting the production of estrogen by limiting an enzyme called aromatase, which produces it from testosterone. Aromatase inhibitors are utilized for decreasing estrogen production in women post menopause and those who have breast cancer.

Another study has revealed that CBD is useful in helping the body metabolize estrogen by increasing cytochrome p450 enzymes which help to break it down.

These studies point to the anti-estrogenic abilities of cannabidiol, which are helpful for women who struggle with hormone-related fertility, ovulation, and health problems.

While there are few studies so far analyzing the effects of cannabis products and women’s ovulation, the current findings are promising. This is especially because women often have to resort to painful and invasive treatments to manage hormonal imbalances, and problems affecting fertility and ovulation.

For women who are keen to explore the use of CBD and cannabis for treating ovulation and fertility issues, make sure to do as much research as possible on your own. It’s also advisable to speak to a fertility specialist or your gynecologist, preferably one who already has experience using cannabis or CBD products. These come in a wide range of forms and products, some of which may be more suitable than others for your specific needs.

WHAT ABOUT CANNABIS AND MEN’S FERTILITY, READ ON… 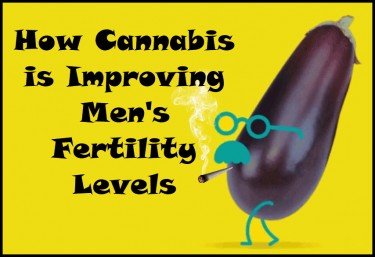 HOW CANNABIS IS IMPROVING MEN’S FERTILITY? READ THIS!

Previous What Happens to the Marijuana Industry if Cannabis Gets Descheduled Next Month?

Next Can Hemp End the War? - Cannabis | Weed | Marijuana

Why Medical Marijuana Patients Should Consider Cannabis Suppositories The world of medicinal cannabis is widely changing as the day goes by. New pharmaceutical innovations are being introduced to further benefit patients and increase compliance. One such is the cannabis suppositories. While it is understandable that many can be a bit reserved about the prospect of …

Local decriminalization efforts in last week’s midterm elections shouldn’t go unnoticed. While the US midterms saw Maryland and Missouri legalize cannabis, these smaller ballot measures are just as important. In fact, one can make the case that local efforts are superior to state-wide top-down enforcement. Just as liberals don’t want to live in states without …

Do cannabis and guns go well together? Nikki Fried, Florida’s only statewide Democrat and commissioner of agriculture, thinks so. She is suing the Biden administration over a federal rule that bans medical cannabis patients from owning concealed weapons. Filed last Wednesday against the US Department of Justice and the Bureau of Alcohol, Tobacco, Firearms, and …

When you’ve got a cannabis credit union in your corner, nothing seems impossible. Despite Canadian cannabis legalization, banking for cannabis producers and operators is still a struggle. That’s where Community Savings Credit Union has stepped up. With seven branches in British Columbia, they’ve won two awards from the Canadian Marketing Association for cannabis advocacy. Specifically, …