9,000 Cannabis Cultivation Licenses Later, How Did Oklahoma Become a Cannabis Legend in America? 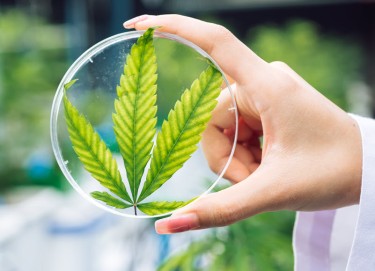 Marijuana wouldn’t be what it is today without the hundreds of cannabinoids it contains.


Cannabinoids are essentially chemical substances of varying structures found within the plant. When cannabis is consumed, these cannabinoids bind with receptors found around the brain and body, resulting in the therapeutic effects that we know cannabis for.

Currently, researchers know about some 100 cannabinoids plus 300 more non-cannabinoid chemicals that exist within the plant. However, the most famous cannabinoids are tetrahydrocannabinol (THC) and cannabidiol (CBD). THC is known for its psychoactive properties while CBD has the opposite effect, though both have potent anti-inflammatory properties as well as other important health benefits.

We also know that these cannabinoids play an evolutionary role: the THC that grows on the trichomes help protect the marijuana plant against herbivores, insects, pests, frost in colder climates, and help reduce water loss when the plants are in windy locations. In addition, they help to attract pollinators while preventing overheating in dry habitats.

But until now, scientists were unsure of how the plant actually produces these important chemicals.

A brand-new study by plant biologists at the University of British Columbia has just revealed the processes used by the cannabis plant to produce THC and CBD. This is fascinating research for consumers and plant enthusiasts, but especially for biotech firms that are trying to synthetically produce THC and CBD in the lab.

“This really helps us understand how the cells in cannabis trichomes can pump out massive quantities of tetrahydrocannabinol (THC) and terpenes; compounds that are toxic to the plant cells at high quantities – without poisoning itself,” says study lead and botanist Dr. Sam Livingston from the University of British Columbia.

To learn how cannabis produces cannabinoids, Dr. Livingston and his study co-author Dr. Lacey Samuels utilized rapid freezing of the glandular trichomes in marijuana to keep the cellular metabolites and structures in situ. This process allowed them to study the glandular trichomes with electron microscopes, showing them the cell structure at a nano level. They saw that the metabolically active cells created a supercell, which then functioned as a small factory for cannabinoids.

This shed further light on the processes that cannabis utilizes to create products from its very own raw materials without resulting in waste or toxins.


“This new model can inform synthetic biology approaches for cannabinoid production in yeast, which is used routinely in biotechnology. Without these ‘tricks’ they’ll never get efficient production,” he says.

“For more than 40 years, everything that we thought about cannabis cells was inaccurate because it was based on dated electron microscopy,” Dr. Samuels adds. “This work defines how cannabis cells make their product. It’s a paradigm shift after many years, producing a new view of cannabinoid production. This work has been challenging, partly the result of legal prohibition and also due to the fact that no protocol for the genetic transformation of cannabis has been published,” he says.

Why This Is Important

Marijuana is the only plant known to man that can produce THC.

Despite that, we cannot use marijuana to produce high amounts of THC or other cannabinoids in an industrial scale. THC is produced in the trichomes of the plant, so essentially its leaves, stalks, and stems are no longer useful in this aspect.

However, with the advent of genetic engineering, we could find out more efficient solutions for this. Many biotechnology firms are looking for ways to produce genetically enhanced or modified THC for the pharmaceutical industry. There are also those who are in the industry of genetically modifying cannabis cells to greatly increase its yield.

At the end of the day, these companies are working to produce cannabinoids at a more efficient scale without costing too much money. Traditional plant cultivation would cost too much and it simply takes too much time to do, and producing high-quality synthetic cannabis-based medications can help save thousands of lives while we wait for cannabis to be made federally legal. Take Epidiolex for example; the drug was approved for use and distribution in the United States by June 2018. The FDA approved Epidiolex’s use for Dravet syndrome and Lennox-Gastaut syndrome, two severe but rare forms of epilepsy, in patients 2 years old and up.

Marinol, a THC-based drug, was approved by the FDA as far back as 1985 for treating vomiting and nausea among cancer patients, as well as appetite loss in those with AIDS.

While Marinol, Epidiolex, and other man-made cannabis-based medications may provide relief for a small group of patients, certainly nothing still beats the use of natural, whole-plant medicine. Pharmaceutical cannabis drugs do provide relief but they don’t contain the other therapeutic compounds that are found in the marijuana plant; even if researchers discover how to produce these in a lab, it will take a long time.

Understanding how the marijuana plant works to produce its vital and therapeutic cannabinoids is another fascinating discovery in the world of plant medicine.

It can be helpful for biotech and pharmaceutical firms as they seek to scale up production of cannabinoids to develop medications. However, at the end of the day, whole-plant marijuana still works the best. Unfortunately, while marijuana is still a Schedule 1 substance and federally illegal, the plant will not have as wide of a reach as these FDA-approved man-made medications. 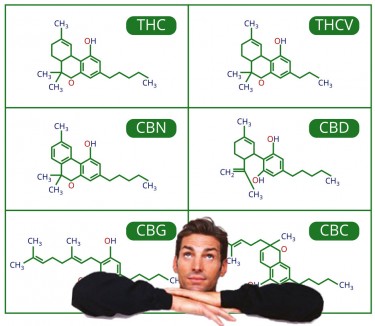 WHAT ARE THE MAJOR AND MINOR CANNABINOIDS? CLICK HERE!

Previous 3 Million Americans Grow Their Own Weed at Home

Next These Are The Best Saltines, Ever!

“The past two years have pretty much been a write-off,” a friend said over Zoom, defeated and bored. Followed by: “I’ve been so unproductive.” It feels like the two staples of 2020 and 2021 are Covid-19-related productivity anxiety and Zoom. Everywhere, research about unproductivity has been cropping up as employers languish over the prospect of allowing their …

Can cannabis help reduce fatigue? Typically, one would think cannabis causes fatigue. An indica brand glues you to the couch. A sativa strain may have you up and active, but after the high wears off, you’re fatigued or “burned out” – right? According to a new US study, that depends on the individual. “[T]he magnitude …

Should Psychedelics Be Sold Openly in America?

Should We Openly Sell Psychedelics? The Benefits Of Openly Selling Magic Mushrooms   Early in December, news about a shop in Portland made waves on the internet because they were openly selling magic mushrooms.   Customers came in droves, waiting for hours in line to enter Shroom House at West Burnside Street. Not too long …

In the past six months, states are legalizing cannabis at an unprecedented rate—it even seems like a new state is legalizing it almost every week. The bright side of things is that the trend toward green laws doesn’t appear to be slowing down any time soon. Every cannabis-related ballot measure put to voters last November …

Has the cannabis bubble popped? Stocks are down, funds are drying up, and balance sheets are messy. Assets managed by cannabis funds are down by 45% in twelve months. They’ve reportedly lost $2.6 billion from $4.6 billion the previous year. Morningstar, an investment research firm, provided the data. What Happened? Investors blame a popped cannabis …