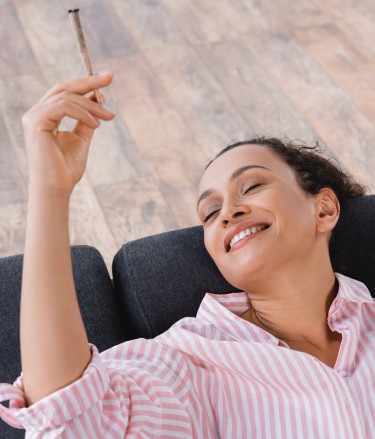 While there is a growing body of evidence quantifying many things about cannabis, there’s still so much we don’t know about it.

One of these is how long a high lasts. Understanding how long a marijuana high lasts has several impacts especially when it comes to driving after marijuana use, performing other tasks, and amending laws to more accurately reflect how cannabis works in the human body.

This has been a major barrier for developing a proper breathalyzer for marijuana, though one for alcohol has already been in existence for a long time. The standard blood alcohol cutoff is a concentration of at least 0.08%, but unlike alcohol, even experts struggle to quantify how to detect if the driver behind the wheel is still high because the THC levels in the blood can still reflect cannabis consumption from days ago.

For example, a 2014 study out of New Zealand revealed that drivers who tested positive for marijuana tend to have a slightly higher chance of road accidents compared to those who didn’t consume marijuana nor alcohol. The researchers also found that the risk has no positive correlation with higher THC levels in the blood.


The analysis, which was published in the journal “Accident Analysis and Prevention”, found instead that drivers who tested positive for alcohol were more likely to be involved in fatal accidents.

But new research from 2021 led by Danielle McCartney, a USYD (University of Sydney) nutritionist, helped shed some light. The team conducted a meta-analysis of 80 studies wherein the researchers reviewed existing relevant literature on the subject, then cross-referenced results to obtain findings.

“THC can be detected in the body weeks after cannabis consumption, while it is clear that impairment lasts for a much shorter period of time,” explained Iain McGregor last year. “Our legal frameworks probably need to catch up with that and, as with alcohol, focus on the interval when users are more of a risk to themselves and others. Prosecution solely on the basis of the presence of THC in blood or saliva is manifestly unjust,” he adds.

The team analyzed 1,534 metrics referred to as ‘performance outcomes’ from the individuals who consumed cannabis. These measured the performance of people when it came to driving or other similar cognitive tasks that they were sked to do in various stages after consumption. They discovered that cannabis impairment varied in duration based on the dose of THC, how cannabis was ingested (inhaled or taken orally through edibles or drops), and how often the individual consumed cannabis.

They also had some interesting discoveries, such as that regular cannabis users are able to develop a tolerance. Once they did, they actually had better performance at the cognitive tasks compared to occasional users even if they consumed the same amount of marijuana. That’s why it can be challenging to identify exactly how much marijuana use will lead to impairment from one person to another, and for how long they stay impaired.

“We found that impairment is much more predictable in occasional cannabis users than regular cannabis users,” explained Thomas Arkell, a behavioral pharmacologist at USYD.

Another recent study by Dr. Jeff Brubacher, a University of British Columbia associate professor at the department of emergency medicine along with his team, studied the THC levels in the blood of drivers after Canada legalized marijuana. They found that since then, they had observed an increase in car accidents among drivers with THC in their blood.

Specifically, THC blood concentrations doubled. Similar trends were observed in US states including Washington. He also made it clear that even if THC was detected in the drivers’ blood, even if it’s past 2 nanograms per milliliter, it doesn’t necessarily mean that the drivers were impaired due to cannabis use, resulting in a crash.

“The drivers we are most concerned about are those with higher concentrations,” Brubacher explained to NBC News. They found that drivers who suffered from moderate injuries had THC concentrations of more than 5 nanograms per milliliter prior to legalization had an increase from 1.1% to 3% after legalization. “Which isn’t significant,” he said. “But it’s still far less than what we’re seeing for driver with alcohol above the legal limit. The collision risk for alcohol above 0.08 is sky-high, at around a 500 percent increased risk. With THC, it’s a much smaller risk. It’s not nothing, there is risk, but it’s smaller than with alcohol,” he added.

At the end of the day, cannabis and alcohol are two very different substances that work differently in the human body. Yes, there are studies that link THC blood concentration to traffic accidents but the matter is so much more complicated than that.

A study states: “… More complex tasks that require conscious control are less affected, which is the opposite pattern from that seen with alcohol. Because of both this and an increased awareness that they are impaired, marijuana smokers tend to compensate effectively for their impairment by utilizing a variety of behavioral strategies such as driving more slowly, passing less, and leaving more space between themselves and cars in front of them.”

The same can’t be said about alcohol.

Standardizing how much marijuana impairs drivers will be critical for law enforcement as well as drivers in the future. Getting caught with a DUI can have a serious impact on employment and life opportunities for anyone involved, so it’s of critical importance to understand this matter better. 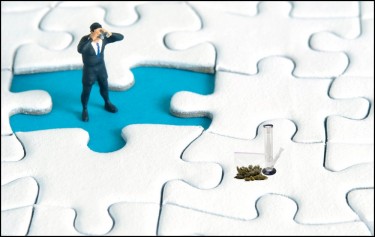 HOW LONG DO CANNABIS HIGHS LAST, NEW RESEARCH FROM NON-SMOKERS!

Next Cannabis Company Sued for Not Getting People High Enough

Smoking weed doesn’t increase the risk of being hospitalized for mental health issues   Mental health is one of the more complicated issues to talk about. Similar to taking care of the body, the mind, is something we must take care of or else we suffer unwanted consequences. Nevertheless, mental health is a slippery subject to …

Various errors can occur in the endocannabinoid system, each causing a unique set of symptoms. Proof for any endocannabinoid deficiency is often lacking, but poor ECS function causes particular conditions according to good science. And the deficit is based on causation and not simply correlation. Raphael Mechoulam discovered anandamide in 1992 and 2-AG a few …