Why Cannabis Is Your Best Friend for a Dry January

Why is AA Demonizing Cannabis Use and Guess How the Founder Actually Kicked His Alcohol Addiction? 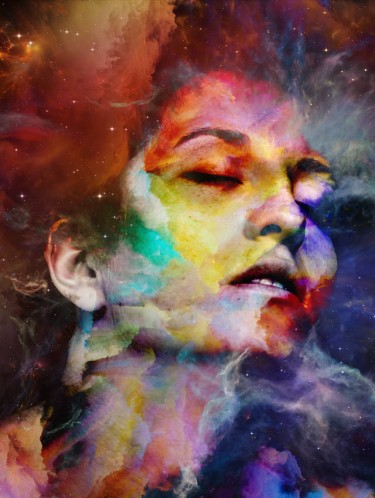 Want To Make The Most Out Of Your Mystical Experience? Studies Say Mixing Psychedelics And Marijuana Can Help

The rise of psychedelics today is highly linked to the mystical experiences it brings about.

For those who have never tried psychedelics, it can be challenging to define what it’s all about. We can try: a mystical experience is similar to a religious experience, as psychedelics can break the ego down. It can help you see oneness with a greater being, with the rest of the world, with nature. A mystical experience can help you see the world in new ways as the psychedelics have the power to help grow new neural connections, which is extremely beneficial for those suffering from anxiety, depression, and emotional problems.

But one does not have to be suffering from mental illness to benefit from psychedelics. Mystical experiences are just part of it all.

And now, a new study shows that mixing cannabis with psychedelics can enhance the mystical experience. Marijuana Moment reports that researchers out of the Imperial College London assessed online surveys taken by 321 individuals. They discussed their psychedelic experiences and also admitted if they used cannabis simultaneously and if they did, the quantities consumed.

The participants responded to the survey 7 days prior to their trip, as well as one day after. It asked questions about several features of their trip including their mystical experience, ego dissolution, and any emotional breakthroughs.


The researchers discovered that it was common among the respondents to use cannabis with psychedelics such as psilocybin, ayahuasca, DMT, LSD, and mescaline. The respondents said it made their trip more intense; the researchers also reported it was “associated with higher scores of mystical-type experience, ego-dissolution and visual alterations.” It was also interesting to note that respondents who consumed smaller doses of marijuana with psychedelics reported less challenging experiences, which are associated with feeling grief, fear, or insanity, compared to those who didn’t use cannabis. On the other hand, those who consumed more cannabis with psychedelics reported more of these “challenging” aspects.

“Given the high rates of cannabis use in concert with the use of psychedelic substances, the current research has important implications for harm reduction education but may, eventually, also have implications for therapeutic use, considering that some of the therapeutically desirable psychological effects associated with psychedelics may, in theory, be enhanced by concomitant cannabis use,” reads the study.

However, the researchers discussed the limitations of the study most particularly the fact that they were not able to observe the participants directly. They did still note it was a good start for other studies. “It is quite plausible that some individuals may use cannabis in an attempt to alter effects principally induced by the psychedelic, in the same way that some cannabis users report using cannabis to ‘self-medicate’ for psychiatric symptoms,” the researchers wrote. “Future controlled research is needed to better assess causal interactions between cannabis and psychedelics in relation to acute and more enduring psychological effects,” they said.

“Overall, this study provided a first quantitative insight into the modulation of subjective psychedelic effects by cannabis,” they wrote.

Is Mixing With Cannabis The Future Of Psychedelics?

Co-administering marijuana with psychedelic drugs is nothing new.

In fact, a 2006 survey of 149 students found that almost 60% regularly mixed both marijuana and psilocybin. Then in 2019, a review that was published in the Journal of Addictive Diseases describes that among participants who combined psilocybin with marijuana or other substances, there was a notable increase in emotional intensity. For their subjects, the experience was described to be “stressful and frightening” though this is an uncommon reaction when you compare it to what other anecdotes on the internet say.

Mixing marijuana and psychedelics may even have powerful healing properties.

Last year, CaaMTech Inc., a biotech startup, even patented the idea of combining psilocybin with marijuana. And they were the first to ever do so. The patent covers all the cannabinoids together with chemicals that are associated to psilocybin mushrooms. The Seattle-based startup hopes to create applications that are meant to treat psychological disorders though patients can conveniently already take pre-dosed formulations of the drugs instead of mixing them on their own.

“The single drug will often behave differently than combinations of drugs,” said Andrew Chadeayne, PhD, CaaMTech co-founder and CEO, to Future Human. They see the potential of the combination for treating medical disorders.

Another startup, this time in Israel, called Cannabotech, also sees the medical potential of mixing mushrooms and marijuana. They think that it could one day benefit cancer patients by reducing the chemotherapy treatments they need to take. “We know that patients need a minimum amount of chemo, but a lot of people can’t survive this because of side effects, so they stop the treatment,” said Cannabotech CEO, Elchanan Shaked. They are currently working on a treatment that so far, in cell models, has been shown to be effective in killing cancer cells when used together with chemotherapy.

Based on laboratory studies, the Cannabotech medicine boosted cancer cell mortality from 10 to 60%.

“The integrative products developed by Cannabotech are unique in that they are developed to standards similar to those of the pharmaceutical industry and combine several active ingredients. The company’s products have demonstrated impressive and very promising activity in laboratory-tested cell cultures. Based on these experiments, there is room to start exploring the possibility of integrating the products in the treatment of breast cancer patients as well,” says Prof. Tami Pretz, the senior oncologist at the Hadassah Medical Center.

What we know about mixing cannabis and psychedelics is certainly still in its infancy. It may have powerful cancer-fighting abilities, and can even help treat challenging emotional and mental illnesses. We look forward to seeing more studies with promising results.

MORE ON THE MIXING CANNABIS WITH PSYCHEDELICS STUDY, READ ON… 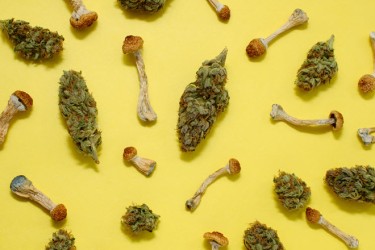 Learning About Cannabis – The Growing Role of Cannabis Education

Want to learn about cannabis? Cannabis education has grown significantly in North America as legalization has become more prevalent. In both the United States and Canada, you can access free and paid courses on cannabis. These classes usually go over a broad range of topics related to the industry. Some topics these classes cover include …

Until the end of 2021, the EU was a medical-only cannabis market. However, 2022 welcomed a host of legislation reviews and promises toward legalizing recreational Cannabis. Thanks to the recent developments, it’s become clear that there’s much to do to standardize, stabilize and scale the industry. In December 2021, Luxembourg legalized growing Cannabis for recreational …

NDP Leader Jagmeet Singh is no fan of Justin Trudeau. He’s called him an “abject failure” who has “made things worse, not better.” During the election, when asked about a coalition with the Liberals, the NDP leader said, “that is a firm no for me.” And when the Liberals introduced the Emergencies Act to remove …

EPM301- An Acid in Cannabis That Is Much More Potent Than Cannabinoids Says Dr. Raphael Mechoulam

The prominence of medicinal cannabis and its acceptance in recent times has been majorly built on the effects of cannabinoids. Along with terpenes and other phytochemical molecules, they give rise to a wide range of medicinal effects and recreational effects. However, a recent discovery by Professor Raphael Mechoulam who is known as the father of …

Health Canada has reviewed cannabidiol (CBD) and deemed it “safe and tolerable” for short-term use. Health Canada’s report looked at dosages ranging from 20 milligrams to up to 200 mg per day. As of now, all CBD products must go through a heavily regulated cannabis supply chain. One can only sell CBD in cannabis stores. …