What Happens to the Marijuana Industry if Cannabis Gets Descheduled Next Month?

Where is Delta 8 Available – All Legal States

Inflating the THC Percentages in Your Weed to Get More Sales? 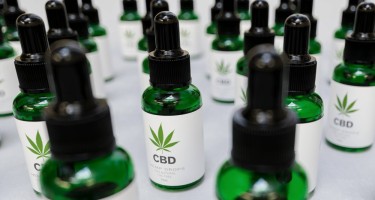 GETTING HIGH BY MISTAKE ON CBD?

Funny as this sounds, some people have mistakenly gotten high in their search for a reliable and good CBD brand. Speaking from experience, I also have—at least on six different occasions. I found that not all broad or full-spectrum CBD brands abide by the federally allowed 0.3 percent limit for THC in a CBD-based product. Not to mention that I used more than the recommended dose.

There are hundreds of CBD brands in the market today, and it is almost impossible to know which you’d love the most unless you try out some. The first time I got high by mistake was after taking five CBD caps. It turns out each cap contained a small but significant amount of THC in addition to its CBD content. Never did I stop to think that I could get high from this because, as we all know, CBD products should be non-intoxicating. I had no way of knowing there was more than the accepted amount of THC in the 80mg of CBD gel caps I ingested.

Although the intoxication wasn’t pronounced, I can’t help but think about what it would have meant for uninformed and less-tolerant CBD patients, elders, and every other cannabis novice who has never been high. For some of these people, the experience alone could sadly put them off all forms of cannabis.

Up until the last decade, most people have had to do with illegal cannabis products. Even some still live in States where cannabis isn’t legal. Getting high in these places is not common; however, CBD is accessible thanks to the Farm Bill of 2018. Imagine being accustomed to CBD products, and one day, you find yourself getting high. It can be a very confusing experience.

The more people learn about cannabinoids and experience them, the more they appreciate the value of cannabis and hemp plants. When consumed in little doses, THC can be psychoactive and therapeutic. To prevent being caught unaware by little amounts of THC in CBD products, it is advisable to microdose sometimes.

A 2017 study by Bilkei-Gorzo, published in Nature Medicine, discovered that low doses of THC in adult mice restored their social recognition, cognitive, and memory activities temporarily to levels seen in healthy young mice.

Additionally, the THC microdosing procedure improved the molecular activities related to cell development, synapse development, and cell signaling. Additionally, it had a beneficial impact on genes linked to increased lifespan, enhanced cognition, and a gene known to be protective against Alzheimer’s. Following treatment, some improvements persisted for several weeks.

The team of researchers wrote that microdosing THC for older adults has an excellent safety record and little to no adverse side effects. They also noted that early cognitive decline in older individuals could potentially be reversed with a continuous low-cost THC or cannabinoid treatment.

In the same year, scientists led by Yusef Sarne on the Neurobiology of Aging created a study to test if age-dependent cognitive deficits in aged mice may be reversed by a very modest THC dose. The authors state that their findings suggest[ing] that incredibly low dosages of THC that are devoid of any psychotic effect… may be an effective and safe treatment for cognitive problems in aging individuals.

This study is good news for patients suffering from Alzheimer’s as well as their offspring who are predisposed to it. Microdosing THC can reduce the degenerative process in old and young adults. Luckily, at least 34 states now allow their citizens to use CBD-rich oil extracts with a tiny dose of THC to prevent, treat, and manage cognitive and neurodegenerative illnesses.

Using CBD and THC products as daily supplements is a good idea for both old and young adults. Both cannabinoids perform better together and in conjunction with other cannabinoids and terpenes (the entourage effect).

In 1999, an Israeli team of researchers found that whole plants are in some cases better medications than their isolates or extracts. Fast forward to 2009, another group of scientists led by Sean McAllister investigated the relationship between major cannabinoids (THC and CBD) on the brain and the best cancer cells.

The research team led by McAllister concluded that CBD was the most effective inhibitor of several aggressive malignancies after testing a variety of cannabinoids for their anticancer effects. But when CBD and THC are combined, McAllister said in a YouTube presentation about the results of his team’s study; you amplify the anticancer effects of CBD.

Furthermore, according to McAllister, when CBD and THC were combined with aggressive brain tumor cells in culture plates, there was a synergistic improvement in THC’s capacity to both stop the proliferation of these cells and trigger cell death, which is crucial because you want to kill these tumor cells so they can’t proliferate again.

Should You Be Worried About Getting High Mistakenly?

A medical practitioner, Dr. Dustin Sulak, who focuses on osteopathic and medical cannabis, recently spoke about the adverse effects and benefits of getting buzzed on cannabis.

Sulak listed several adverse effects, including memory loss, confusion, anxiety, psychosis, incoordination, drowsiness, and fatigue. He stressed that these are common side effects in his practice, typically related to excessive doses of THC and factors of a set mindset and environment.

Cannabis-induced euphoria is vitally crucial to many suffering patients while being dismissively described in numerous scientific articles as an unpleasant side effect. According to Sulak, it’s about having a happy attitude, unwinding, laughing, socializing, and time distortion that helps them to come into the present now.

He further stated that people could reclaim the natural joy they have from healthy activities in their lives, such as dining, hearing music, engaging in sexual activity, just socializing, taking a stroll, and smelling the flowers, when cannabis is used purposefully to encourage a process of savoring, according to him. This type of cannabis use can assist patients in separating their discomfort from the positive aspects of their lives, such as pleasure and important individuals.

All CBD product users may, at a point, get high by mistake. Hence, they must be educated beforehand on what to do when this occurs, and they must be informed that it is always best to stick to recommended doses on the labels and from their physicians.

At the end of it all though, a little high could never hurt.

CBD TO GET HIGH, READ ON… 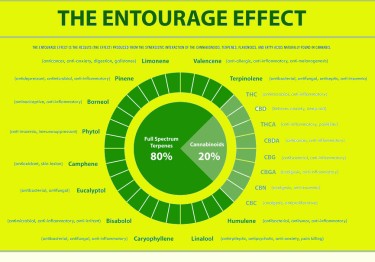 WHAT IS THE ENTOURAGE EFFECT FOR ENHANCING CBD?

Next Capping THC Levels Is A Bad Idea

Your Kids Justed Asked You If You Smoke Weed

T’was The Night Before Christmas

Reginald Reefer’s “Twas The Night Before Kushmas”   Click the video below to curl up and listen to our Christmas tale!   T’was the Night Before Christmas – Cannabis Kushmas Style from CannabisNet on Vimeo.   Since we’re entering into the festive season, I thought I’d do something a bit different and write a parody …

Much has been written about Sean Combs’ acquisition of multi-state vertically integrated cannabis assets. Per Wikipedia: “In finance, the greater fool theory suggests that one can sometimes make money through the purchase of overvalued assets — items with a purchase price drastically exceeding the intrinsic value — if those assets can later be resold at an even higher price. In this context, one …

Why the US needs to legalize weed after Biden’s Speech of Disunity   It was on September 1st, 2022 that you could hear the palpable tear within the social fabric of the United States. Two rabid dogs, one blue and another red – teeth sunk deep within the sides of Lady Liberty pulling her apart …

Breaking Bud – Are We Messing with Cannabis Too Much?

Are we messing with cannabis too much?   I recently ran into a post on Reddit where a User asked the question whether we’re “messing” with cannabis too much. At first, I thought the user was going to talk about blending the different genetics together, creating hybrids, and reducing the instances of pure land races …

The relationship between art and drugs is a matter of intrigue for many people. It is true that art and drugs often find enthusiastic allies in one another. And, there is a prevailing stereotype that artists of all sorts often use drugs to help them create art. This is not a baseless assumption. It’s not …