What is full melt hash, the star system, and why does it exclude solvents? 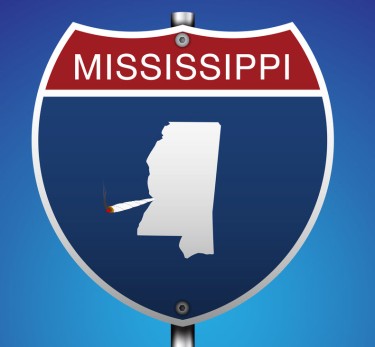 In the past six months, states are legalizing cannabis at an unprecedented rate—it even seems like a new state is legalizing it almost every week. The bright side of things is that the trend toward green laws doesn’t appear to be slowing down any time soon.

Every cannabis-related ballot measure put to voters last November passed in the past six months, including those in conservative Mississippi, Montana, and South Dakota. Additionally, bills legalizing cannabis for recreational use have been approved by state legislatures in New York, New Mexico, and Virginia.

The idea of legalizing marijuana is now widely endorsed by Democratic lawmakers, and some Republicans are on board as well. While various marijuana-related measures, including those attempting to decriminalize it on a federal level, have been proposed in Congress, state legislatures are debating whether and how to legalize the drug.

According to supporters, the growing public support for marijuana legalization is beginning to change lawmakers’ opinions and attitudes, even in some of the more conservative states.

Medical Marijuana Legislation in the state of Mississippi

This program would permit patients with specific medical ailments to purchase cannabis products in order to fight their diseases and stregthen their immune system. It was approved by 74% of Mississippi voters in the midterm elections. The number of companies that might be licensed to produce, grow, and distribute goods was likewise unrestricted under the program.

In other words, the majority of Mississippi voters supported a medical marijuana initiative that would have enabled individuals to purchase up to 5 ounces of marijuana each month.

Six months later, the state Supreme Court declared it unconstitutional, stating that the proposal had not been properly placed on the ballot and that the state’s initiative procedure was out of date.

However, on February 2, 2022, Mississippi became the 37th state to formally legalize medical marijuana, capping a multi-year campaign by proponents to get a program approved.

Sponsored by senator Kevin Blackwell, the Mississippi Medical Cannabis Act (SB 2095), was signed into law by Governor Tate Reeves in an effort to reinstate the will of the people by establishing a medical marijuana program. The final version of Senate Bill 2095 was approved by the state’s Republican-controlled House and Senate.

It’s a significant development that comes as legislators in several other states, including Tennessee and South Carolina, propose legislation to establish a legal framework allowing people with specific medical conditions to buy small amounts of cannabis or products infused with cannabis to treat their symptoms.

Which states have legalized medical marijuana up until now?

Initiative 65 and Alternative 65A regarding Medical Marijuana in Mississippi

Alternative 65A was developed by the Mississippi State Legislature as a counterproposal to Initiative 65, a grassroots initiative that sprang out of the Medical Marijuana 2020 (MM2020) movement. Initiative 65 easily collected over 228,000 signatures to qualify for the ballot.

However, the initiative was declared illegal by the Mississippi Supreme Court on May 14, 2021, because it did not adhere to the Mississippi Constitution’s standards for the circulation of signatures.

The thing is that Mississippi overwhelmingly approved the use of medical marijuana last November, but the state’s Supreme Court rejected the ballot initiative in May due to an odd technicality.

Initiative 65 was declared illegal by the Mississippi Supreme Court, but this wasn’t an unusual occurrence. Republicans around the nation have been seeking to undermine the ballot initiative process, a crucial instrument that allows individuals to influence policy without depending on legislators. And, they’ve been doing it by opposing cannabis legalization measures, which are common given the issue’s rising support among conservative citizens but not among conservative lawmakers.

Once cannabis has been properly cultivated and tested in the state, patients with one of the 28 listed medical diseases (which can be easily found on the Mississippi Department of Health’s marijuana page) will be able to buy it with a medical marijuana card.

In addition, the bill permits the certification of individuals with medical conditions from doctors, nurse practitioners, physician assistants, and optometrists. The Mississippi Medical Cannabis Act is also very specific about the kinds of business licenses that can be obtained. There will be seven different license categories offered for growing, processing, dispensaries, transportation, disposal, testing, and research.

Patients will be able to purchase up to 3.5 grams of cannabis each day, up to six days a week, under the new law. That equates to around 3 ounces monthly. It also specifies that plants must be produced indoors under regulated conditions and establishes taxes on the cultivation and selling of cannabis. However, the law doesn’t offer incentives for the cannabis industry’s economic development.

MORE ON WEED IN MISSISSIPPI, READ ON…

MISSISSIPPI GOES MEDICAL MARIJUANA, BUT WHEN DOES IT START?

Next Why Did the UK Just Block Cannabis Legalization on the Island of Bermuda?

Why doesn’t one of the largest cities in Ontario have cannabis stores?

Having questions, whether you’re an old or new cannabis user, is completely normal. It’s confusing when we talk about hemp, cannabidiol, CBD, cannabis and THC, and how they can all have different effects — especially when they are all linked back to cannabis. Here, we’ll go over everything you should know about CBD, and how …

What Is the Best Way to Germinate Cannabis Seeds?

The Most Effective Way To Germinate Cannabis Seeds   All cannabis plants start from seed.   Understanding how the seed works early in this stage of its life cycle is crucial to the success of any marijuana grower. Germination is when the seed comes to life: this is when the cannabis seeds begin to sprout …

On the 11th of August 2022, a 32-year-old Peruvian Harvard Kennedy School student, Rodrigo Ventocilla Ventosilla, was pronounced dead at a hospital in Denpasar, Indonesia, while in police custody. According to reports, Rodrigo was earlier arrested over cannabis possession and was allegedly discriminated against and maltreated by the police.   Ventocilla, a celebrity trans right …

420 in Canada is quite a massive affair, but in other parts of the world that are less permissive, pot lovers may require some tips on how to celebrate 420 when it’s illegal. Celebrating 420 even when it’s illegal is all about participating in global solidarity for cannabis without putting yourself in a precarious position. …

On December 28th, 2021, the Oregon Liquor and Cannabis Commission released a compliance education bulletin. In it, they announced major changes to certain cannabis regulations and these will come into effect by July 2022. Products containing artificially derived cannabinoids will now be under strict regulations and some are banned entirely. On top of that, the …

Can You Distort Reality to Never Run Out of Weed, Again? (Steve Jobs Believed!)