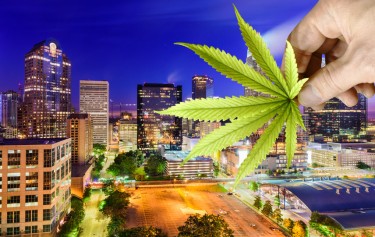 Currently, the CBD and hemp industry in North Carolina may be reaching its end. This is caused by a combination of factors, consisting of (a) the elimination of the hemp exemption from the definition of cannabis by the state as of June 30, 2022, and (b) the expiry of all present hemp regulations and laws in the state at June 30, 2022, and (c) the NCGA’s ( North Carolina General Assembly) being unable to enact renewed laws to safeguard the states hemp industry. These events could be disastrous for thousands of hemp industry members and the millions of hemp product consumers in NC.

Under previous NC law, industrial hemp was made an exception to the description of cannabis; however, by June 30, 2022, the exemption will be no more, and all forms of marijuana will be deemed illegal, with no exceptions for hemp.

Here is the law:

Furthermore, all the North Carolina laws on Industrial hemp expired on June 30, 2022, and the hemp commission of the state should have disbanded. According to discussions held by the Industrial Hemp Commission on the 5th of August 2021, The North Carolina Industrial Hemp Research Pilot Program no longer stands because of the Federal Farm Bill of 2018 creating a Domestic Hemp Production Program. The action took effect on the 30th of June. As of the 30th of June, there are no hemp regulations or laws on the books in North Carolina, and neither is there any governmental agency in NC that regulates or oversees hemp.

What does all of this mean for the North Carolina hemp industry? It is undeniable that NC hemp growers who have been granted a USDA permit to do so will adhere to the law. For this reason, NC lacks a hemp plan that has been approved by the USDA. In accordance with the hemp provisions of the Agricultural Improvement Act of 2018 (2018 Farm Bill), hemp and hemp producers in states like North Carolina without hemp plans that have received USDA approval will be subject to USDA regulation.

According to the USDA website, the 2018 Farm Bill “establishes a federal plan for growers in states or territories of Native American tribes where hemp production is legal and does not have its own USDA-approved plan.” In other words, NC hemp farmers with USDA licenses are fine.

What about the rest of us? This question’s resolution is not yet known. The legislative expiration of all hemp laws will, at the very least, raise questions about what goods and pursuits are permitted in North Carolina. At worst, it will provide law enforcement a chance to bring charges against those who handle, produce, distribute, or own hemp goods.

HOW DID THIS HAPPEN?

As to how it got like this, we don’t know, is the simple response. I’d like to believe that the NCGA made a simple error in assuming that the federal government would regulate all hemp if it did not take any action to update the state’s hemp regulations. It’s possible that everything will turn out as planned, and NC will preserve an unsettling status quo.

A controversial medical marijuana bill (SB711) supported by the GOP is currently being debated in North Carolina, but the majority of the state’s hemp industry opposes it because there are almost insurmountable barriers to entry for  large marijuana multi-state operators (MSOs) and other non-corporate interest organizations like Big Tobacco.

There are many other issues with the bill as well, but that is an article for another day. These issues include the complete absence of any social equity provisions, the requirement of vertical integration, the limitation of the total number of licenses for the entire state to 10, the incorrect composition of the Advisory Board, the limited qualifying conditions, etc.

The majority of well-informed NC hemp industry players believe that SB711’s passage will seriously hurt both their companies and their clients.

It appears that powerful vested interests, such as MSOs and Big Tobacco, have lobbied for SB711 principally. Sources also claim that the NC Senate will pass the legislation around the middle of May. The House won’t be debating SB711 this year, according to the Speaker of the House, though this may just be bluster. The Bill’s timeline is truly anybody’s speculation.

Given that all of NC’s hemp legislation will expire on June 30 and that it is likely that SB711 will pass the NC Senate in May and move to the House in June, one cannot help but question whether the state’s decision to ban hemp was deliberate. In this case, the ten holders of medical marijuana licenses would effectively have a monopoly over all cannabis—both hemp and marijuana—in the state. While it is obvious that hemp cultivation by USDA-licensed farmers will continue to be legal in North Carolina after June 30, it is not yet known what will happen to post-production hemp, including CBD products. One way to interpret it is that they will only be offered by the state’s ten medical marijuana license holders, which would completely destroy the hemp sector there.

To be clear, none of the aforementioned assumptions about whether this particular collection of events is purposeful or not are factual. The important point to remember is that it makes little difference whether this turn of events was an accident or the product of adamant lobbying by MSOs and Big Tobacco. Whatever the outcome, it could spell disaster for the NC hemp, CBD, and hemp-derived cannabinoid industries.

What is clear is that the potential end of North Carolina’s Hemp and CBD industry could be said to be caused by the failure of the North Carolina General Assembly to provide clear hemp regulations. 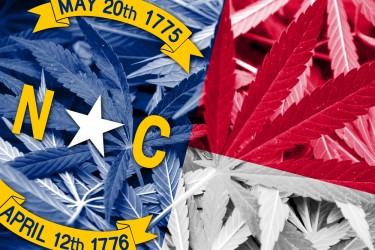 Next The Top Cannabis-Based Products in 2022

Why stress test this medium for cannabinoid biosynthesis with a disease? 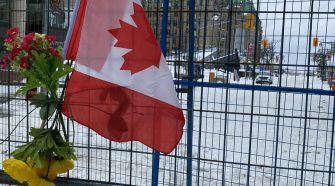 In the early days of January 2022, everyone knew the Omicron variant wasn’t that deadly. The original strain had a 99% survival rate for people under 60. Despite the fear-mongering in the media, the data coming out of South Africa was pretty clear. The coronavirus wants to survive and evolve and it can’t do that …

From the 1st of November, in the state of Idaho, the trade of CBD for pets and other hemp-derived or infused products will be banned.    Chanel Tewalt, the deputy director of the Department of Agriculture in Idaho stated that the products are seen as adulterated products and they are seen that way both at … 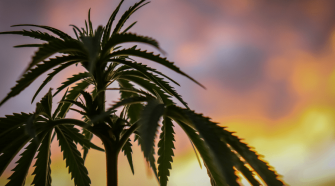 April 20th, 2022, 420. It’s that time of year where people all over the world get together to celebrate the joy of smoking cannabis. This special anniversary brings people together regardless of who they are. On this special day, if you’re using cannabis you share a special connection with many others around the world. If …

Why THC contributes anxiety in veterans with PTSD

A study funded by the Dutch Ministry of Defense analyzed endocannabinoid levels in veterans with post-traumatic stress disorder. ECS tone was neutral in participants and THC conversely contributed to anxiety, a symptom of PTSD, in veterans at rest. Only relaxed participants were tested in the study, though. No veterans were under stress during the study. …