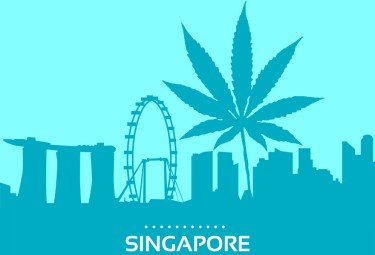 Is Singapore Next To Legalize Marijuana In Asia? Singaporeans Think It Should Be Legal, Reports Survey

Singapore, the Lion City of Asia, is famous worldwide for its conservative stance and strict laws all throughout.

In the past, Singapore was notorious for harsh drug laws and they had a zero-tolerance policy for drugs of any kind – including marijuana. Because of that, the country has been drug-free for many years. Currently, the Central Narcotics Bureau states that anyone caught with the possession of cannabis, or has been found guilty of consuming, can face up to 10 years in prison or pay a fine of $20,000. It could also be both.

Meanwhile, those caught illegally importing, exporting, or trafficking cannabis can risk facing the death penalty. Even Singaporeans aren’t allowed to consume the drug when they are out of the country because the law mandates that they will face the same charges as if the crime was done in Singapore.

However, attitudes around cannabis use in Asia have been changing over the last few years. Thailand for one, has recently just legalized the use of marijuana, a move with was widely lauded not just in the region but globally.

A recent survey of over 1,000 Singaporeans was conducted by The Sunday Times to gauge attitudes around medical marijuana in the Lion City, reports the Straits Times. Fifty-three percent answered yes when asked if they think that Singapore should, while 35% said no to any kind of legalization. Meanwhile, 12% said yes when they were asked if they think cannabis should be legal for medical and recreational purposes.

In addition, the Straits Times reports that two individuals with treatment-resistant epilepsy were given permission by the Singaporean government back in 2021 to legally use cannabis-based medication. These were Epidiolex, which contain non-psychoactive cannabidiol (CBD), which is synthetically produced by Big Pharma and approved for clinical trials or medical use in Europe, Japan, and Korea. But even when this happened, the Ministry of Home Affairs emphasized that Singapore would continue to uphold their stance with regards to illegal drugs such as cannabis for the health of people.

Singapore has also dabbled in their own efforts to produce synthetic cannabinoids. “Significant progress has been made,” Associate Professor Yew Wen Shan of the National University of Singapore told The Straits Times. He and his team have been working to produce 5 lesser cannabinoids biosynthetically over the past few years, and they are now able to produce them in the laboratory.

“This is all part of efforts to improve public health as the biosynthetically produced cannabinoids could be used as sustainable therapeutics” he adds.


Earlier in September 2022, Minister for Home Affairs and Law head, K. Shanmugam said that Singapore is in no rush to decriminalize marijuana. “Our policies are based on science and research, which show that cannabis is clearly harmful and addictive,” Shanmugam told The Star during a virtual interview. He added that Singapore is treading cautiously on the matter and will not be swayed by other countries, such as Thailand and Malaysia, when it comes to decriminalizing marijuana.

“If a pharmaceutical company is pushing for the use of cannabis on the basis that it has medical benefits, I would be very skeptical,” he says. Shanmugam adds that Singaporean authorities were leaving it in the hands of doctors and medical experts. “If a reputed medical association says they need cannabis for medical use, then we will take it very seriously,” he said.

Shanmugam also said that they weren’t going to follow in Thailand’s footsteps any time soon. “We assess Singaporeans and do surveys and Singaporeans really do not want to be in that situation,” he says.

During an interview with Astro Awani, a Malaysian broadcaster last month where they were discussing the legalization of marijuana around the region, Shanmugam said: “There is a good reason why we have the mandatory death penalty.”

“These are matters for Government and as a matter of policy, for a long time, we have decided that once a certain threshold is crossed, in order to have the deterrent effect, people must know that the mandatory death penalty will apply,” he said.

Given the feedback from the Ministers, it seems that it will be a long way from now if Singapore ever decides to decriminalize medical marijuana.

Despite that, other Asian neighbors are seeing the potential benefits of doing so in their own countries. Just a few hours ago, Malaysia’s Health Minister Khairy Jamaluddin announced that they have begun research to gauge attitudes towards medical marijuana in the country by registering with the National Research Medical Register (NMRR), which is a database of medical research.

In addition, Khairy said that the Institute For Clinical Research is working on compiling and analyzing medical practices detailing how cannabis is being used in Thailand as well as in other countries. “Besides that, there are also several clinical trial research projects being drawn up by a group of ministry medical experts regarding the use of cannabis in treating patients such as chronic pain and cancer pain,” he says.

SINGAPORE IS STILL NOT WEED FRIENDLY, READ ON… 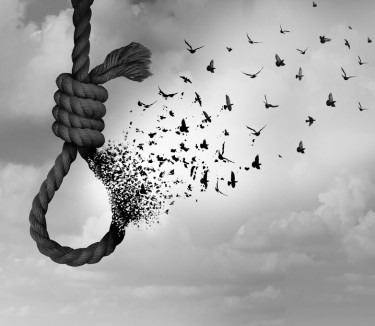 SINGAPORE HANGS A MAN FOR 1 KILOGRAM OF CANNABIS!

“It’s going to be a very interesting year,” says Brightfield Group’s Managing Director, Bethany Gomez. With sales expected to hit $8.8 billion by 2027, the Canadian cannabis market is on fire. Thanks to consumer demand, large LPs have mostly abandoned the “sea of green” monocrop concept and have narrowed in on premium flowers. The CBD …

According to a recent poll conducted by vertically integrated marijuana operator Ayr Wellness as well as real-time market research organisation Suzy, cannabis users are preparing to incorporate the plant into their Thanksgiving celebrations as the holiday season is drawing ever so nearer. Despite the effect inflation would have in 2022 on consumer spending budgets, the …

CBD & THC for Relaxation CBD and THC are perhaps best known for their relaxing effects on the human body. While THC reduces pain and relaxes your muscles, CBD relaxes the nervous system. Both work together to reduce the likelihood of an anxiety response to a stressor. They also help improve sleep, including making it …

Last week, US President Joe Biden asked his attorney general to look at rescheduling cannabis. Right now, authorities refer to it as a “Schedule I drug.” But what does that mean? And what would it mean if the government rescheduled or de-scheduled cannabis altogether? Rescheduling Cannabis in the United States It began in 1970 with …