Whether For or Against Marijuana Legalization, Most American Voters Agree Cannabis Businesses Should Have Banking Access 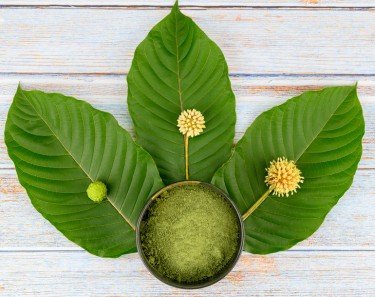 Kratom and cannabis are two substances that have been used for centuries by indigenous cultures as herbal allies. Although they both come from plants, there are many differences between these two products.

There are the active ingredients and the locations where the plants are grown. Another significant difference is the legality of these products throughout the United States.

Learning the similarities and differences between kratom and cannabis is vital. It will help you understand the benefits of both products and which one you should consider adding to your daily wellness routine.

The Kratom and Cannabis Active Ingredients

Despite coming from plants, the active ingredients of kratom and cannabis are significantly different.

As for cannabis, its active ingredient is cannabinoids. It is a natural chemical that can affect the body in multiple ways. The most prominent cannabinoid Is THC which is intoxicating, and CBD, which is non-intoxicating.

Where Are Kratom and Cannabis Legal?

Cannabis and kratom have different federal, state, and city legal statuses. For example, kratom is legal at a federal level, and cannabis isn’t. However, cannabis is legal for medicinal and recreational purposes in 38 states, whereas kratom products are banned in six states.

Due to these conflicting legal statuses, certain stigmas have formed around both products. As such, some prohibitionists are making it their mission to reduce access to kratom and cannabis. Thankfully, advocacy groups and movements, such as the Kratom Consumer Protection Act, are doing their part to ensure safe and legal access for adults across the country.

Where Are Kratom and Cannabis Prohibited?

Even though kratom and cannabis come from natural plants, both have a long history of prohibition primarily driven by misinformation.

Detractors of cannabis would often exaggerate the potential side effects, much like kratom. Due to unscientific arguments and misconceptions, users of these products have faced discrimination.

The lack of regulation hasn’t helped the situation. For decades, both products were largely unregulated. It made it difficult for the average person to know what kratom and cannabis products were safe to use and of a high quality. Thankfully, change is occurring, and it’s become easier to understand where to purchase items.

Kratom doesn’t quite have the same following, but it has begun to grow. Thanks to the legalization of both substances being supported by underground movements, the benefits of using the plants beyond ritual and recreation are coming to light. As such, it’s leading to more products getting created, such as:

The good news is that studies into kratom are ongoing. While it’s known that the plant is safe to consume, as further advantages are made available, it’s expected to grow the industry even further.

Where Are Cannabis and Kratom Grown?

Cannabis is known to be cultivated in countries around the world. Within the US, it’s primarily grown in highly sophisticated indoor operations.

As for kratom, the plant is native to Papua New Guinea, Indonesia, Thailand, Myanmar, and Malaysia. But most of the world’s supply comes from ancient-growth forests within Southeast Asia.

What the Research Says on Cannabis and Kratom

Due to decades of prohibition, research into cannabis and kratom is still in its infancy. Studies are getting funded and conducted thanks to the interest in both plants and the growing industries.

How to Choose Between Kratom and Cannabis?

Understanding the similarities and differences between kratom and cannabis is just the first step. Much like using any herbal ingredients, it’s vital to know how to use them safely and responsibly. That means speaking to a medical professional, especially if you’re taking prescription medication.

You should also consider where you purchase your products from. Choose businesses that are doing their part to legitimize the industry. Look at where they source their products and how they test them. This will ensure you’re getting high-quality and safe items.

MORE ON KRATOM, READ ON… 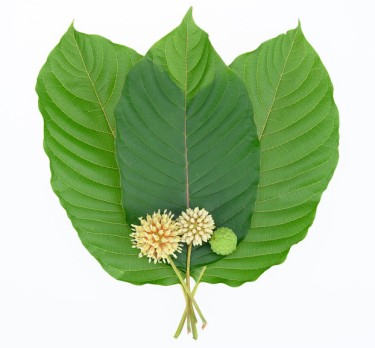 WHAT ARE KRATOM LEAVES EXACTLY AND HOW DO THEY WORK?

Previous What Are the Most Useful Hemp Products on the Market Today?

Next Breaking Bud - Are We Messing with Cannabis Too Much?

Dune’s drug economy is not as fictional as it appears. It can be read as an allegory for many real-world events: the Scramble for Africa, the colonization of the New World and more. Indeed, Author Frank Herbert drew from many real-world experiences to build his world and create the iconic and troublesome melange, which was …

Lighting Up Later in Life

I think we tend to picture cannabis as an activity for the youth. But really, there’s nothing stopping adults from lighting up later in life. Indeed, aside from the old hippy stereotypes, many people of all ages use cannabis both recreationally and medicinally. In fact, findings show us that cannabis use by older adults has …

The popularity of CBD oil is increasing. This is due to the continuous legalization of cannabis use, for both medical and recreational use. As a result, many cannabis stores and dispensaries are popping up and selling CBD oil. In addition, cannabis oil can be used in multiple ways. For an inexperienced cannabis user, finding an …