Legalization has led to more cannabis consumption, but also decreased consumption of these other drugs

Over the past twenty years, we have seen an unprecedented increase in the acceptance of cannabis on a planetary scale. Even in the east, where punishment against drug trafficking and consumption was severe – have we seen cannabis markets emerge.

It’s safe to say that the global “attitude” towards cannabis has shifted quite dramatically and continues to morph within the public eye.

With this continued social redefining of what cannabis means within the public space, a new study suggest that legalization may have increased cannabis consumption by up to 20% according to the paper.

Entitled, “Trends in Alcohol, Cigarette, E-Cigarette, and Nonprescribed Pain Reliever Use Among Young Adults in Washington State After Legalization of Nonmedical Cannabis” – which is pretty self-explanatory and a highly specific title.

The age groups they were discussing were two main groups, which were “18-20” and “21-25”. They utilized data from the State of Washington from 2014 (two years post legalization) until 2019 (right before the world slipped into the seventh layer of hell).

What they found was pretty interesting;

This is an important finding as they mention in their “Discussion”:

Contrary to concerns about spillover effects, implementation of legalized nonmedical cannabis coincided with decreases in alcohol and cigarette use and pain reliever misuse. The weakening association of cannabis use with the use of other substances among individuals ages 21–25 requires further research but may suggest increased importance of cannabis-specific prevention and treatment efforts.

According to this data, it seems that cannabis legalization may be associated with a decline of usage of alcohol, tobacco and prescription drug abuse. All of these elements are incredibly beneficial  to society as a whole.

Of course, the study also suggest that it would be best to place a heavier emphasis on cannabis related treatment and prevention methods. This makes sense since it seems that cannabis within the legal setting is quickly gaining market share.

With more young people choosing cannabis over alcohol, and with vaping intruding in the market share of cigarettes – not to mention Phillip Morris advocating for a smokeless future – this trend will continue since there is way more profit to be made within the vaping industry.

Overall, it seems that the “experiment” of cannabis legalization is going quite well. Considering that alcohol usage is linked with violent crimes.

A number of individuals that serve time in jail have committed alcohol-related crimes. Offenses range from minor to serious and include property crime, public-order offenses, driving while intoxicated, assault and homicide. On average, roughly 40% of inmates who are incarcerated for violent offenses were under the influence of alcohol during the time of their crime. Many of these criminals had an estimated blood alcohol content (BAC) level of more than three times the legal limit at the time of their arrest. – Source(1)

While the study in question didn’t say by how much the alcohol consumption decreased, even if it’s 5% we’re talking about potentially thwarting 70,000 alcohol related violence. Of course, I’m not suggesting that violent people would not commit violence if they were stoned – there is no evidence to suggest that cannabis is a deterrent to violent impulses – but it certainly isn’t an accelerant as in the case of alcohol.

Typically, people who smoke weed tend to be “calmer, and more relaxed” whereas people drinking alcohol tend to become more belligerent in their behavior. Even if legalization potentially help thwart 10,000 potentially violent events each year – wouldn’t that be worth it?

Where do we go from here?

While cannabis legalization isn’t all sunshine and happiness, there are many things that can be improved. However, when we look at the overall impact that cannabis may have on society – it seems that by keeping it illegal is costing society more than the cost of legalization.

As the study suggested, a far more rational and effective strategy would be to refine prevention and treatment programs – especially since this affects a minority of the total pool of consumers. When you have effective “exit strategies” in place, and educate the public accordingly and remove the taboo from adult drug consumption – you can have a healthy drug policy that focuses on the health of the individual as opposed to punishing the masses for the potential ills of the few.

Right now, we should no longer debate the question whether cannabis is good for society or not. This has been answered. Legalization is the only path forward.

The problems we have to be focusing on now is, “how do you legalize on a planetary scale?” We’ll certainly see many models arise depending on your geographic location. Which one is the best? Time will tell!

One thing I do know is that one way or another it will balance itself out, providing freedom for home growers and smaller “farmer’s market” style commerce, as well as major corporate cannabis. The truth is that there’s enough for everyone to go around.

The biggest problem is getting greed out of the equation. While some regulation could be a good thing, this should be focused on quality control, consistency, etc for commercial use. However, in lesser markets, peer to peer bartering, home growing, etc – this should be as free as it possibly can be.

The fact of the matter is that when you embrace full cannabis acceptance and liberal legalization of the plant, you’ll eliminate the drug from the list of drugs the cartels sell.

When the cannabis plant becomes as common as the tomato – there would no longer be a place for it on the black market.

Yet this should only be the first domino of many. The entire concept of drug prohibition should be abolished. After over 50-years of actively “warring” against drugs I can say without a shadow of doubt that “DRUGS HAVE WON!”

If I want to shoot up heroin tomorrow, I may not know where to get it. But give me about 2-3 days and I can track it down. Need some coke? Acid? Shrooms? Any drug you can think of, I can probably find it within a week or two.

Illegality is not a deterrent to drug use and has consistently provided a payroll to drug cartels around the world. It’s a reason why the Sinaloa Cartel was (and still is) “big shits”.

Of course, it would be naïve for me to say that we should just legalize all drugs and place no restrictions on use – that would be like giving a toddler a live hand grenade to play with. I do believe that certain guidelines should be in place for certain drugs, but there are many drugs that should have little to no restriction for a consenting adult.

After all, nobody is advocating that kids do drugs – this is all within the context of consenting adults.

The point is, we’re at a stage in our global evolution where we have the opportunity to close the chapter on a war that has only brought pain and suffering at the expense of everyone. This unsustainable policy has been weaponized against the people as a means of legally seizing property and people, forcing them into slave labor.

There is no end to the drug war. The only way we “win” is by completely removing all penalties, and creating a legal market for recreational drugs. Hell, Elon Musk is talking about jamming wires into people’s brains and we can’t go to a store to buy some acid.

Is this the “Clown World” I’ve been hearing about so much lately? 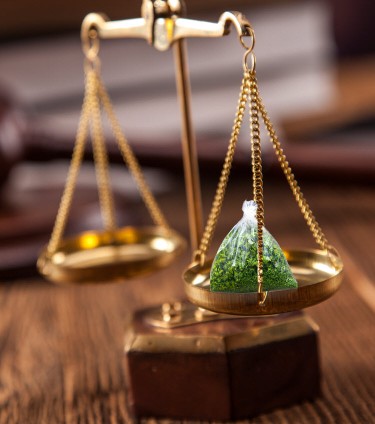 HOW WANTS MARIJUANA TO BE LEGALIZED, EVERYONE DOES!

August 8 is National CBD Day! This day is to celebrate one of our favourite cannabinoids and spread awareness about its benefits. And here are five reasons to celebrate it! CBD stands for Cannabidiol, the second most active ingredient in cannabis. CBD is also present in the hemp plant. Hemp and “marijuana” are technically the …

When I think of an overdose, I think of someone dying or at least coming close to it; the truth is, consuming more of a substance than we can handle is scary, even when not fatal. Thankfully, overdosing on cannabis is not really physiologically possible, and there is a lot one can do to mitigate the …

Are cannabis consumers naturally compassionate? Can cannabis make you a more understanding person? A study, the first of its kind, seems to have answered that question. And all signs point to yes. According to the study, cannabis consumers exhibit higher levels of empathy. Cannabis and compassion have gone hand-in-hand since the discovery of the plant. …