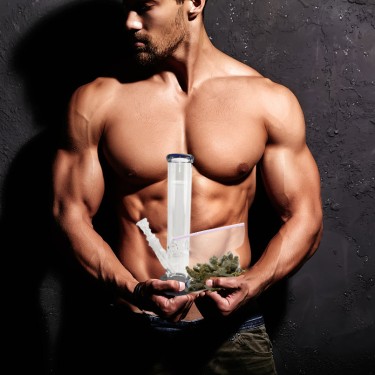 The increased intake of cannabis across different ages and climes has prompted inquiries into other effects of cannabis on human health. The natural herb is known for its euphoric and relaxing effects on the human body however there is still a great deal that is not known about other effects. One of which is its effects on sexual health, particularly that of men and the level of their testosterone. Read on as we intrinsically examine the effects of weed on testosterone levels and if there is any truth to the thought that weed lowers testosterone.

After moving on from the age of prohibition, the cannabis world is now in a time of legislation and acceptance. This period has seen the legalization of medical and recreational marijuana markets across different states in the US. Concomitantly, the use of weed has also increased among the populace as more people are comfortable with the use of the herb and there is less stereotyping. The recent report by the CDC puts the number of people using cannabis at over 48.2 million people which is quite significant. The National Library of Public Medicine has also released its findings which state that men use cannabis more frequently than women. With the increase in sales of cannabis among men, it is important that the long-term effects of weed consumption on men be properly understood.

Men whose age falls between the age of 18 and 25 have the highest rate of weed consumption according to reports. These men and those in the age brackets above are very likely to be sexually active which makes this inquiry important. It will help to give the much-needed clarity on the possible adverse effects of weed on male sexual health. Lower testosterone levels are associated with gynecomastia and erectile dysfunction.

The effects of the endocannabinoid system were first explored in the 1990s when it was understood to regulate chemicals in the body. Since then, further research has shown that endocannabinoid receptors are also present in the male reproductive system. The receptors can be found in the testis, prostrate, spermatozoa, and vas deferens.

A study done using mice was used to properly understand the expected effects of cannabis on testosterone. The test showed that THC which is the psychoactive substance in cannabis attaches itself to the endocannabinoid system receptors that are responsible for the production of healthy testosterone. This attachment invariably reduced the production of testosterone in the test subject and lowered its levels. While these results seem very definite for the mice, it is still not clear how they will apply to humans considering opposing anecdotal responses.

The classification of cannabis as a Schedule 1 drug by the FDA has seen an increase in scientific research on the effects of cannabis on humans. The aim of this recurrent research is to provide substantial evidence that can help to push the advocacy for declassification. Most of the studies conducted so far have been done on animals. One such study was recently carried out on non-human studies to see the effects of cannabis intake on testosterone levels. The results were similar to those carried out on other animals as there was a decrease in the size of testes and a reduction in sperm quality and count as a result of lower testosterone levels.

The general belief would be that these results observed in non-human primates will be similar to what is to be expected in male humans. The available studies on male humans seem to suggest the same. A study was conducted by the New England Journal of Medicine in 1974 to see the effects of weed use on testosterone in male humans. The results of the test showed that male humans aged between 18 and 28 who do not smoke weed had higher testosterone levels than those who did. The average testosterone levels of those who did not smoke weed were almost double the levels of their counterparts.

It is worthy of note though that a study carried out on the correlation between weed use and testosterone levels in male humans showed no relationship. A clinical trial in 1989 also posited that there were no changes in the testosterone levels of men who smoke weed. A survey conducted in 2017 with 1500 men showed no difference between the testosterone levels of men who smoke weed and those who did not. What this means is that the matter of the true effects of cannabis on testosterone is not yet conclusive as the jury is still out on the matter. This means more research is needed to further understand the true scope of the relationship before conclusions can be made on the matter.

It is obvious from the studies carried out that cannabis reduces the levels of testosterone in animals, however, there is still a measure of uncertainty when it comes to male humans. The absence of considerable research means that we cannot stamp our feet yet on conclusive results. There are results to support a negative effect, those for limited or no effects and those for positive effects. This means that we cannot conclude presently how weed affects testosterone levels in men. Hopefully, with more research being done, we get a clearer picture.

MORE ON TESTOSTERONE AND MARIJUANA, READ ON.. 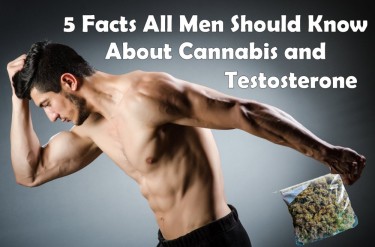 FUN FACTS ABOUT MARIJUANA AND TESTOSTERONE?

Cannabis Mastermind Groups – What Are They and Can You Start Your Own?

Feature image courtesy of aigas.co.uk Are you a cat person? Do you vibe with felines? If so, this crazy cat facts crossword puzzle is purrfect for you. For all the dog people willing to try their luck, have no fear! This is not the writing of a crazy cat lady; I offer only facts… with …

Hell No to Hell Yeah! – Can You Change Someone's Mind about Cannabis?

The rapid acceptance and legalization of cannabis in the United States should serve as a plus to the argument that cannabis is not as dangerous as perceived, with more than half of the states have legalized cannabis for medical use and a number of states also legalizing it for recreational use. Keep in mind that …