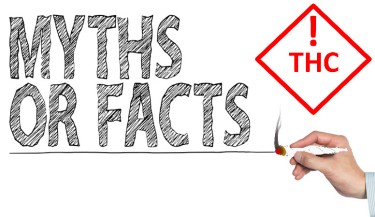 I don’t know about you but I despise the concept of “Fact Checkers”. I have no problem with people providing accurate facts about any particular story – but the way “Fact checkers” have worked over the past few years have been highly subjective. You’d think “Fact Checkers” would be wholly objective in their analysis – however, the “fact checkers” got it chronically wrong about many of the things about Covid, about what politicians said, or anything that strayed only a few degrees from the “official narrative”.

Which makes one think that fact checkers are merely an extended arm from the establishment designed to challenge any opposing view by claiming it’s “false” – for example the Lab Leak Theory. For two years, you’re told that you’re a racist conspiracy trans-hater Trump Supporter if you suggested that “maybe the virus escaped from the lab that was working specially on the virus that we all endured for the past two years. It was ludicrous, “anti-science” to question that it jumped from a bat or pigmy or some animal to humans.

Fast forward two years into the future and the Senate Releases a report claiming that a Lab Leak is the most probably reason for the pandemic. Sure it’s a “GOP Led committee” however, the evidence in the report is the same evidence that has been suggested countless times by other world experts.

The point I’m trying to make here is that since fact checkers obviously have a bias, we cannot consider them to be fact checkers – but rather propagandists who utilize double-speak to create an impression that what they say is actually based in fact.

The reason I’m bringing all of this up is because the “facts” have been misinterpreted for decades when it comes to cannabis. And today, I decided to play the role of a fact checker myself (I prefer myth buster instead), and analyze and interpret the findings of one psychologist “busting the myths of weed”

So let’s take a closer look at what the psychologist has to say.

According to the article,

The science is conclusive: the THC concentration in marijuana is on the rise. A recent study published in The Lancet found that this increase in potency brings with it a slew of serious mental health risks for marijuana users.

The study revealed that high-potency cannabis use was associated with a fourfold increase in the chance of addiction when compared to low-potency cannabis use. The research is in line with the real-world trend in cannabis addiction treatment, which, in the past decade, has seen a 76% increase. According to CDC estimates, around 30% of all marijuana users in the U.S. meet the criteria for Cannabis Use Disorder.

The truth of the matter is that nobody ever claimed this as a truth. Most cannabis advocates claim, “Cannabis is the least dangerous of the recreational drugs out there. The people claiming that cannabis has no inherent “risks”, are either ignorant or willfully being deceptive.

There isn’t really anything on this planet that doesn’t come with some “cost” to use. However, there are certain things that are “less risky” than others. For example, it’s a known fact that cannabis has “fewer risks” than alcohol. Statistics support this notion as well as when you’re looking at the LD-50 of any substance.

Similarly, drinking 1 beer vs drinking 1 shot of whiskey will have different risk profiles. For example, 3 beers might not get you as drunk as 3 shots of tequila.

Potency issues are then a matter of education as opposed to its inherent risk. I personally have used high potency cannabis on several instances only to have nothing adverse happen to me. Perhaps, it’s because I used it in moderation, perhaps because I understand my tolerance threshold. In fact, I’m sure if you were to take the LANCET study and filtered age groups, you’ll notice most people having adverse effects from high potency cannabis are under the age of 25.

This isn’t to say that there isn’t any evidence that high potency cannabis in large quantities can create mental ailments. Furthermore, in relation to what the CDC thinks is “cannabis use disorder” is kind of a joke. It’s metrics created by people who don’t smoke and who for the longest time placed cannabis in the same risk category as heroin…it only took over 50 years to change tha…oh wait, cannabis is still technically categorized as risky as “heroin” and by definition, if those are the categorizations of the drugs – how are we supposed to take anything serious from an agency that obviously isn’t following the science when it comes to classifying these drugs.

Whether you want to pawn off the responsibility to the DEA or not, the truth is that until the federal government gets their shit together – we can’t take any of these “studies” seriously.

Marijuana is touted by some as a magical herb that relieves you of your anxiety and improves your quality of life. Science, however, says that reality is more nuanced.

A study published in the Journal of Translational Medicine found that while CBD may be helpful in managing symptoms of anxiety, THC is not. In fact, THC has anxiety-inducing properties.

If you are a recreational user, chances are that your strain of marijuana has a high THC-to-CBD ratio. Of the two cannabinoids, THC is what produces the ‘high’ that people enjoy.

Be a discerning consumer of cannabis: understand the difference between THC-dominant and CBD-dominant strains. Speak to a mental health practitioner if you feel your marijuana use is spiking your anxiety in your day-to-day life.

Marijuana isn’t “touted”, it’s reported by people who suffer from anxiety  disorders. However, these anecdotal reports are hardly ever taken into account and then when they create arbitrary rules for the substance in question which don’t reproduce similar results – they claim it as false.

The truth of the matter is that THC can induce more anxiety if taken in large quantities. However, in the right combination, the effect of euphoria can also help mitigate anxiety symptoms. This is because of the nature of anxiety.

When someone is anxious, they are typically worried about “something”. The euphoric effect from the THC can technically work as a means of dissociating oneself with the source of the anxiety for a short period of time which in effect would mitigate the feelings of anxiety.

Of course, one would need some creative thinking abilities to actually frame the problem in such a manner – however it doesn’t seem that these academics are very creative.

Pop culture is full of anecdotal evidence that marijuana makes you a better writer, musician, or artist. Let’s explore this claim through a scientific lens.

A recent study published in the Journal of Applied Psychology discovered that while users may think they are more creative while under the influence, the drug had no bearing on the actual creativity displayed.

This is explained by the finding that those under the influence reported feeling more jovial and, consequently, had a lower bar for what they believed was a creative idea. Although the researchers predicted that the joviality would bring about higher levels of creativity in those under the influence, they were unable to find any objective evidence to support this.

Here once again the conclusion is erroneous. There are different type of creative processes and for these researchers to claim that “cannabis has no bearing on whether someone is more creative” as a result of cannabis, based on their arbitrary definitions of creativity – is false.

For example, one way these researchers determine creativity would be to ask a question like, “Think of 50 uses for a pencil that isn’t writing or drawing”. While this definitely includes some type of creativity – it’s still linked to logical thinking.

Compare this to writing a song from the way a particular beam of light hits your eye through the window. Completely different process.

As a creative individual, I can definitely tell you that cannabis DOES help with creativity. It doesn’t make you more creativity, but it helps silence the criticism, the self-doubt, the fear of trying, and allows you to connect to the “feeling” in your heart in relation to what you’re doing.

If you’re painting, writing songs, writing music, a book, play, etc – it can help. If it is used to come up with different uses of boring ass shit…you’ll be like, “Why?”

I think it’s high time we require a portion of scientists to be cannabis users as well if they are going to make claims about cannabis. Experiencing a drug is very different than researching a drug without any first hand experience.

Also, I’m not saying that everything the psychologist said was wrong, however, it was framed in a very biased manner. Therefore, these myths are busted! 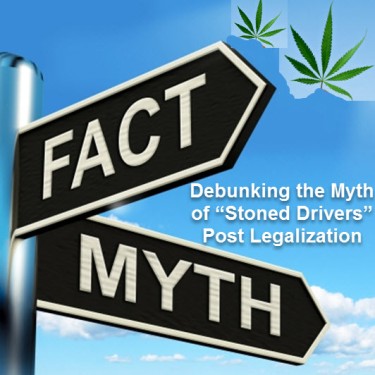 After a year of back and forth and numerous deliberations, Delta-8 is finally legal in Kentucky, although temporarily. This implies that Kentucky residents can use, possess, sell, distribute and produce hemp-based delta 8 products as the new law states.   The state’s health department and the Kentucky Hemp Association (KYHA) have been in a legal …

For Oregon residents, the new year came with both festivities and new cannabis regulations. The regional regulator Oregon Liquor and Cannabis Commission (OLCC) has approved several changes to the legal statute governing cannabis use in the jurisdiction. The authority gave the final go-forward to these changes on December 28, in line with the efforts it …

What’s up with cannabis topicals? Why aren’t they more popular? Cannabis topicals make up less than 1% of total cannabis sales in North America. And its popularity is slowly decreasing in both Canada and the US. Why? They have greater bioavailability than capsules, for instance. You can find near-instantaneous relief by directly applying cream or …

Numerous physiological and psychological variables are described by degenerative disc disease. The general phrase covers a variety of spinal disorders, including facet joint syndrome and stenosis. Early studies suggest that CBD may one day be used to treat the condition’s physical harm and psychological stress.   The most common cause of chronic pain and disability …