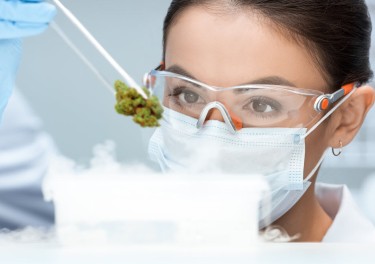 When we go to the store to get a sealed bag of chips, say potato chips, we notice the bag is filled with empty space or “air” — that isn’t air but Nitrogen. Every pack of chips is sealed with Nitrogen to preserve the chips and keep them from losing their crispness. This space or air is what manufacturing companies refer to as “slack fill.” For many years now, bags of different snacks have been filled with Nitrogen to help preserve the product; it keeps the product fresh and ideal for consumption. And since Nitrogen is good enough to protect potato chips, it is equally vital in preserving cannabis in packaging. Here’s why

If oxygen is allowed to enter cannabis packaging, a lot is at risk; loss of freshness, a significant risk of weight degradation (flower), and higher chances of product developing mould and other dangerous microbes. For decades now, Nitrogen has played a vital role as an additive to food products and generally consumed packaged goods worldwide. In fact, Nitrogen is a principal element in our daily lives, making up 78% of the air we breathe, yet many people are unaware of its importance on packaging and product’s shelf life.

A recent survey by the Brightfield Group indicated that an average cannabis user does not understand Nitrogen’s role in packaging and why the gas is so important in packaging. After questioning several budtenders and cannabis users, the survey discovered that several misconceptions and myths about Nitrogen are spreading across the cannabis space.

Nitrogen is an odourless, colourless and tasteless gas present in all living things and the air we breathe. The gas is safe to ingest and breathe in (we do that daily). As a matter of fact, the beverage and food industry, for decades now, has been making use of the nitrogen dosing method. The nitrogen dosing method helps eliminate oxygen from food and beverage packaging, replacing oxygen with Nitrogen to help preserve the packaged content(s).

Similar to other types of food additives, Nitrogen has been subjected to meticulous safety assessment measures before it is certified safe for food use and human consumption. The Joint Food and Agriculture Organization / World Health Organization Expert Committee on Food Additives (JECFA) has also appraised the food-grade safety of Nitrogen. The joint commission concluded that Nitrogen is safe when consumed and used in product packaging in the correct quantity following Good Manufacturing Practices. The same assertions also apply to using Nitrogen as preservatives in cannabis packaging. So, when you next order your exceptional nitro-brew coffee or open a chilled beer, remember the creamy, tasty, and rich mouthful is made possible by the nitrogen additive.

It is also vital to understand that Nitrogen lacks any freezing properties in its gaseous state. This is to debunk the second myth surrounding nitrogen gas. Only in the liquid form does Nitrogen have freezing power. Nitrogen also does not degrade the potency and quality of cannabis. Substituting oxygen for Nitrogen in cannabis packaging creates an atmosphere that preserves quality. Nitrogen-filled packaging helps slow spoilage by creating an atmosphere unsuitable for algae and mould growth. Thus, it ultimately helps to prolong the shelf life of cannabis products. Nitrogen helps protect and cushion delicate flowers in the packaging when handled adequately during transport.

Addressing the final myth, for Nitrogen to work as a preservative, the package must be adequately sealed with nitrogen gas. Once the package is opened, the cannabis product is immediately exposed to air containing moisture and oxygen. From basic biology, oxygen and moisture are the essential prerequisites for algae and mould growth; this is why it is not strange to see mould growing on products after exposure.

Without Nitrogen protecting food and beverage products in a controlled environment, the contents are susceptible to mold growth, oxidation, and spoilage. Hence, it is best to use only products as quickly as possible once you open them to the natural atmosphere.

Why Use Nitrogen Gas for Cannabis Storage?

Nitrogen is an inert gas that does not react with other molecules and has been used for decades to preserve perishable goods during storage and transport. Nitrogen is still preservative in typical food like chips and wine.

Two primary reasons Nitrogen is used as a preservative are its inert nature and heavier density compared to oxygen. As a result of its density, Nitrogen is used to push out oxygen in packaging so it does not cause the product to deteriorate, and this also applies to cannabis.

The reason for the airtight slogan is that oxygen is the last element you want resting with cannabis compounds like THC. Oxygen is entirely reactive and will interact with THC molecules in cannabis and convert it to CBD. This reactive nature of oxygen is known as oxidation. It is what makes apple sciences turn brown and make metal rust.

You should note that there’s nothing wrong with CBD; it is a cannabinoid that offers numerous medical benefits. However, if what you need from your cannabis product is more psychoactive, you would want your THC intact as much as possible. This is because CBD gives a more relaxed and sleepy feeling rather than the usual high. This means you must keep your cannabis away from oxygen as humanly as possible.

So, when next you open a bag of snacks and discover it is filled with ‘air’, you should know it is not only a marketing strategy to make more profit but a way to preserve and protect the snacks from spoilage and damage from handling while keeping the freshness intact.

As nitrogen-infused cannabis packaging continues to grow, the industry will evaluate how this form of packaging can become a well-known CPG product while embracing the technologies that CPG builds to gain more acceptability from customers.

NITROGEN ON CANNABIS PLANTS, READ ON… 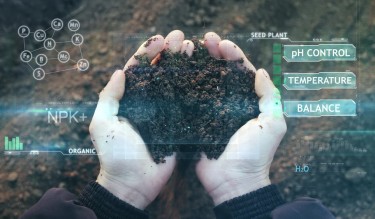 NPK RATIOS IN YOUR CANNABIS GROW, HOW MUCH NITROGEN IS IT?

Poor cultivation practices led to the mandatory testing of cannabis during Canada’s medical era. More than one cultivator was at fault for incidents involving banned pesticides, though. And in 2019, one of the guilty producers led to more mandatory tests and new licenses after a different violation. Mandatory tests for license holders A report on …

The US Government intends to lower the nicotine content in commercial tobacco. The Biden administration claims it’s for public health and safety, but the unintended consequences of such a decision are apparent. Canada has a similar cap on how much THC one can put in an edible cannabis product. This policy reveals some insight into …

CBD was a last resort for the family of ten-year-old Sophie*. CBD is well known now, but back in the day, CBD was an undesirable chemical for growers because it mitigates the high caused by THC. Then in 2006, Paige Figi gave CBD oil to her daughter Charlotte to help manage the pain caused by …

Gallup Poll Shows That Cannabis Use Has Overtaken Tobacco Use For The First Time Ever In The USA   For the first time in history, more people are smoking cannabis compared to tobacco.   Based on the results of a new Gallup poll, cannabis use is at a record-high. Specifically, they found that just 11% …