What are the most active ingredients in hemp and cannabis?

How Mom’s Are Breaking Stigma Around Cannabis 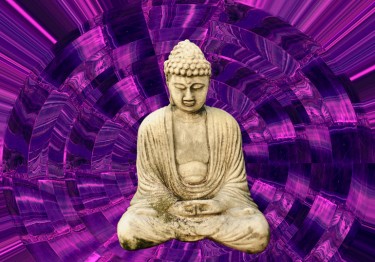 Going on a psychedelic trip is all the rage these days. Whether you’re into magic mushrooms, LSD, ketamine, or any other hallucinogenic drug, they are all touted for their ability to help treat mental health problems especially where pharmaceutical medications have failed to do so.

The “trip” comes with tremendous benefits. Countless individuals have found relief after years of struggling with depression, post-traumatic stress disorder, obsessive-compulsive disorder, and many other conditions that rob one’s quality of life. While some people only have to medicate once or a few times a year to feel the effects of psychedelics, some want to be able to enjoy the same effects without having to go on a hallucinogenic trip.

Thanks to a brand new discovery, this may be a possibility in the near future.

Chemistry researchers from UNC-Chapel Hill, Yale, UC San Francisco, Stanford, and Duke have just culminated a seven-year experiment where they were able to come up with a non-psychedelic substance that engage the 5-HT2A, the same brain structures that psilocybin and ketamine do. They tested the substance on mice, and their findings revealed that they didn’t encounter psychedelic effects.

This is breakthrough news for the researchers to come up with a drug that targets the same neurons to yield antidepressant activity in the way psychedelics and even SSRIs do. More importantly, they found that the compound’s results were immediate and lasted long even if the mice were only given one dose.

“We were very surprised the compound had any anti-depressant activity similar to ketamine and psilocybin, both rapidly acting antidepressant psychedelic drugs,” explains Bryan Roth, MD, PhD, the study’s co-senior author. “We were basically running a chemistry experiment to see if we could create a compound to activate 5-HT2A. Once we achieved that, we decided to run experiments in mice,” he adds.

“We don’t know if we’ll see the same effects in people,” Roth says. “But we hope to find out. It would be a game changer to create a one-dose, long-acting therapy to help people with treatment-resistant depression and other conditions.”

“For us, the project began as an opportunity to expand the new virtual libraries with 75 million tricked-out molecules from the Ellman lab,” explained Brian Shoichet, PhD, co-senior author of the study. “It was only when we started to see the unusual signaling from the new compounds and their amazing permeability into the brain that we as a team started to think these compounds might have interesting effects in vivo,” he added.

“What we saw was completely unexpected,” said Roth. “Not only did the compound bind the 5-HT2A serotonin receptor like we thought it would, but it had the same anti-depressant drug action as does ketamine but not the same hallucinogenic drug action,” he said.

Roth, Shoichet, and their teams acknowledge that they still have a lot of work to do. However, it’s certainly promising and can help millions of people worldwide.

Scientists See Urgency of Looking for Ways to Treat Depression

Roth and his team aren’t alone: there is a clear urgency in the medical and scientific community to discover ways we can treat depression.

SSRIs (selective serotonin reuptake inhibitors) are the most widely prescribed antidepressants globally. This class of pharmaceutical drugs work on the brain’s nerve cells which are responsible for regulating emotion. As serotonin is one of the primary neurotransmitters in the brain, that which is affected by depression, SSRIs help make more of it available between neurons to improve regulation and communication.

While SSRIs do work very well for some of the population, there are countless people who struggle with its side effects. These include, but are not limited to: headaches, blurry vision, agitation, dry mouth, drowsiness, sexual problems, and much more. On top of that, it takes several weeks of taking SSRIs for any improvement in depressive symptoms to be felt.

This is why the concept of psychedelics was so promising: it worked immediately and its effects lasted for a long time. In many cases, as much as 6 to 12 months after just one dose.

But many find that the hallucinogenic properties of psychedelic drugs to be a nuisance.

Even back in 2018, there has already been an interest in finding non-hallucinogenic psychedelics. David Olson, a chemical neuroscientist, worked on finding other alternatives to LSD, MDMA, and DMT – some of the most popular psychedelic drugs that are used for recreation as well as for its therapeutic benefits. In his search, he took to online forums such as Reddit to discover what recreational drugs individuals have already developed but failed due to its lack of hallucinogenic properties. He referred to them as “psychedelic duds”.

However, Olson found that many of them could actually help promote neuronal growth, one of the primary mechanisms of psychedelic drugs for treating depression. He then got to work in his own lab to synthesize molecules, resulting in modified versions of ibogaine and DMT.

Olson eventually co-founded Delix Therapeutics, a preclinical startup focused on creating non-hallucinogenic medications to help people suffering from psychiatric conditions. In 2021, they announced that they would be launching 2 compounds by 2023 for phase 1 trials which are designed to help treat brain disorders.

Doctors recognize the importance of using these compounds for treating depression and other brain disorders in the real world. According to Dr. David A. Merrill, Ph.D.: “Non-psychedelic anti-depressants also do not require the intensive staffing, space, and safety requirements necessary for classic psychedelics. It’s easy to imagine that non-hallucinogenic psychedelic-like substances that retain their anti-depressant and anti-anxiety properties but do not have psychedelic properties could be given to patients to take home and self-administer or even be delivered to patient’s homes without needing to travel in for the prolonged office-based sessions used with current psychedelic therapies,” he tells MedicalNewsToday.

These developments are exciting, to say the very least – and we do look forward to more news on this aspect.

PSYCHEDELICS FOR MENTAL HEALTH, READ ON… 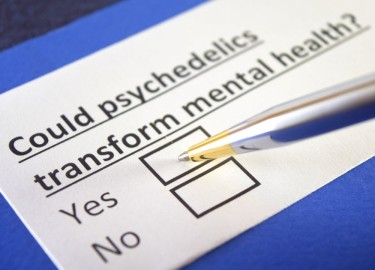 PSYCHEDELICS FOR MENTAL HEALTH, WHAT IS WORKING TODAY?

Next What Happens to the Marijuana Industry if Cannabis Gets Descheduled Next Month?

The relationship between art and drugs is a matter of intrigue for many people. It is true that art and drugs often find enthusiastic allies in one another. And, there is a prevailing stereotype that artists of all sorts often use drugs to help them create art. This is not a baseless assumption. It’s not …

At times, getting enough deep sleep can be difficult. Deep sleep, also called slow-wave sleep, is when your heart rate and breathing are at their slowest. Your brain waves slow down, blood pressure lowers, and your muscles relax. During this type of sleep, your body repairs tissues and strengthens its immune system.   Getting more …

Have you ever thought about getting high while on vacation? Then cannabis tourism is likely the answer for you. Cannabis tourism crosses tourism with cannabis (obviously). Generally speaking, cannabis tourism allows you to partake in a variety of activities, depending on where you’re visiting. For the most part, you will probably go about smoking weed …

As one area of focus in transitioning away from fossil fuels, biofuels appeared to have a promising future. Unlike corn or other biomass used for biofuels, Hemp biofuel has not reached its potential highs. What is Hemp biofuel, what is its potential, and why hasn’t it taken off yet? Hemp’s versatility has always been among …

Cannabis strains (cultivars) cause plenty of debate. Seeds from a single variety can express a multitude of phenotypes and profiles. And clones of a single phenotype can mutate and succumb to change. Terpene and cannabinoid profiles can, however, be kept consistent down a long lineage of generations, clone after clone. In fact, genetic stability has …