Can You Sue Your Neighbor Over Smelly Marijuana Plants?

Does the US Have an Efficient Cannabis Market Already?

Does Cannabis Boost the Analgesic Benefits of Opioids?

I Got High By Accident…on Full Spectrum CBD! 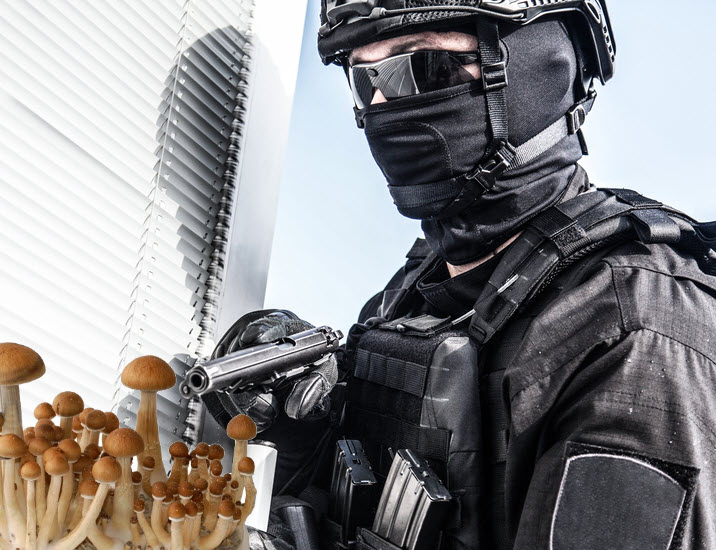 Magic mushrooms are one of the most powerful entheogenic plants known to man. It isn’t surprising, then, that people have actually established a church using magic mushrooms to communicate with God directly.

Last week, the Zide Door Church of Entheogenic Plants in Oakland, California sued both the city and the cops over a raid from back in 2020 which they felt harmed their religious rights. Police officers confiscated some $200,000 worth of magic mushrooms as well as marijuana from the church, reports Vice. According to the church, they are “a non-denominational, interfaith religious organization that supports the use and safe access of all entheogenic plants with a focus on cannabis and mushrooms.” Church members are of the belief that psychedelic mushrooms are essential for the evolution of religion and communication.

Dave Hodges, founder of the Zide Door Church, told Vice that back in 2020, the church was raided by the Oakland police though there were no arrests made. Oakland decriminalized magic mushrooms by 2019, and marijuana use is already legal in California. However, it still isn’t legal to sell these substances though the church is one of the few locations in the country where customers can purchase magic mushrooms without having to pay taxes or legal penalties for as long as they are a member.

Hodges disclosed to the San Francisco Chronicle that they actually don’t sell these drugs. The church’s members, which are around 60,000 strong, pay $5 a month in membership fees to receive “sacrament” which are mushrooms and marijuana that are grown by the church.

However, according to the Oakland Police Department, a significant amount of smoke was coming out of the church during their 4:20PM Sunday services that day in August 2020. This prompted even the Alameda County Health Department to complain about them “creating respiratory health issues” for the children in the area.

“I was about five minutes away from the church when I got a call that the cops were there. They were still clearing people out of the building when I arrived. I started yelling at them that they’re violating the city’s order, and my religious freedom, and that I’m the one responsible for all of this,” he tells the Oaklandside about the incident. “Basically, I was telling them to just arrest me,” he says.

“This wasn’t about whether we were doing something wrong,” Hodges disclosed to the Oaklandside. “It was about how the police can take money from something that they think is wrong.”

Though the Oakland Police Department didn’t respond to the Oaklandside, Police Capt. Rendell Wingate told CBS News about the Alameda County complaint. “We have several churches in the city of Oakland and they are non-profit and not known to sell cannabis or mushrooms,” he said. “This is the first for-profit religious establishment I’ve seen in my 28 years as an Oakland cop.”

Are Magic Mushrooms And Entheogenic Drugs A Religious Right?

Ancient civilizations and shamans around Mesoamerica have been using entheogenic drugs for centuries, and continue to do so. Magic mushrooms and peyote are just among these plant medicines that are widely used among these nations for spiritual and religious purposes.

So why has the American government – or our police – decided that entheogenic substance use should be outlawed?

After all, magic mushrooms as well as cannabis are both legal in Oakland as well as the rest of California. Going back to the day of the raid, perhaps it would have been rational to ask the Zide Door Church to contain its smoke if they are going to be using such drugs as part of their ceremonies. While there are schools and young children in the area, it still seems fair to ask individuals not to consume in public to prevent young children from getting second hand exposure. But there should be nothing wrong for the church to ask for $5 in membership and for them to distribute entheogenic substances as they see fit?

Besides, entheogenic and psychedelic drugs have come a long way: they were once seen as drugs that would fry your brain (thanks to the War on Drugs), but they now have solid science to back up claims of their numerous mental health benefits.

They May Soon Be A Legal Right

President Joe Biden’s administration recently announced that psilocybin and MDMA may be approved by regulators within the next two years as designated breakthrough therapies specifically for the treatment of depression and PTSD respectively.

A federal letter issued in May 2022 states that top government officials are gearing up for the approval of psychedelic drugs. It’s been a long time coming since former US President Richard Nixon demonized the hippie movement of the late 1960’s, launching the endlessly ineffective and dangerous War on Drugs. Thanks to growing scientific and medical evidence that controlled substances can actually have benefits, the War on Drugs is slowly but surely dying down.

“Studies have shown that psilocybin produces substantial and sustained decreases in depression and anxiety among patients with life-threatening cancer,” said Sen. Cory Booker in a statement. “While typically terminally ill patients are allowed to access drugs that are in FDA clinical trials, they are barred from accessing Schedule 1 drugs, despite their therapeutic potential,” he wrote.

While there’s so much that still needs to be ironed out by state and federal governments alike, cases like those of the Zide Door Church may continue happening. Hopefully, as federal regulations loosen up, more people will be able to experience their right of consuming entheogenic substances as they please – though we still believe it’s reasonable not to want to enable people to express smoke in public. 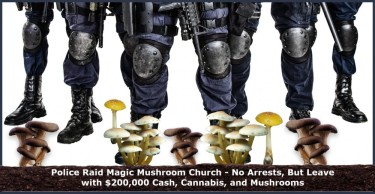 Is the RICO Act a Serious Problem for the Cannabis Industry or Just a Bunch of Smoke?

The cannabis industry has always had to fight and claw for everything it has gotten from the hands of the law. From its present stance before state governments to the numerous open medical and recreational markets. It has always been a struggle and it looks to continue to be as cannabis businesses are now being …

Should doctors screen patients undergoing anesthesia for cannabis? According to the Americans Society of Regional Anesthesia (ASRA), the answer is an unequivocal yes. These doctors and other medical professionals base their conclusions on a single study. According to researchers at the Cleveland Clinic, cannabis users experienced 14 percent more pain the day after surgery than …

The probability of treating fibromyalgia with psychedelics in the nearest future has significantly increased following Silo Pharma Inc’s latest announcement about its novel psychedelic compound, which is still in its developmental stage. The reputable pharmaceutical company has begun dosing its newest formulation of Ketamine SP-26, which will be used topically to cure or manage fibromyalgia. …

Want To Find Out How Marijuana Makes Cannabinoids? New Study Sheds Light   Marijuana wouldn’t be what it is today without the hundreds of cannabinoids it contains. Cannabinoids are essentially chemical substances of varying structures found within the plant. When cannabis is consumed, these cannabinoids bind with receptors found around the brain and body, …