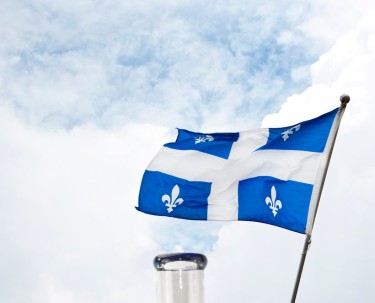 Cannabis in Quebec has been legal since 2018, yet statistics still show that 82% of cannabis users in the state are getting their products from the black market. This has reduced the effectiveness of the regulated cannabis market in the region and led to a loss of revenue. This has made us inquire into the reason why users are preferring the black market over cannabis stores. This article will feature responses from cannabis users within the region. We will also analyze some of the common problems associated with the cannabis market in Quebec.

Quebec has always been known to have an active base of cannabis users in its region. Data before legalization showed that over 150 tons of cannabis were actively consumed in Quebec in 2017. This was stated by the president of the Société québécoise du Cannabis (SQDC), Jean-François Bergeron while giving a speech in 2018. The problem however is that this trend was not transferred during the first year of operations of the SQDC where they sold 27 tons. This means that if we are to be consistent with the numbers of 2017, over 123 tons of weed were outsourced illegally within the past year.

The Montreal Gazette recently spoke to four different everyday smokers in Quebec on why they choose to buy illegal pot. The responses of the individuals gave a greater insight into why the trend is so common in Quebec and how the cannabis industry can work to mitigate some of them.

The first issue posed by the responders is that the cannabis stores are usually plagued with long waits whereas illegal dealers can easily get the product to your doorstep in no time. Angele, one of the persons interviewed explained that she watched the introduction of the- program with a lot of interest and enthusiasm. However, she was disappointed to meet long queues within the first week of operations. She also stated that the stores easily ran out of stock and only opened for a few days a week. This made access to the product stressful and ultimately killed her interest to get her weed from cannabis stores.

In contrast, Angele explained that she and her friends have been using their dealer for a number of years now and he has remained consistent throughout. He is never out of stock and he actively supplies on time and with ease to the buyer. The same issues of long lines and discomfort with accessing the products were also echoed by the other persons being interviewed.

A good number of cannabis users are still not comfortable with the idea of walking into a store and purchasing cannabis over the counter. This has hampered the growth of cannabis stores as most people still prefer anonymity which is assured with black market dealers. This was shown in the responses from the individuals interviewed as they claimed they preferred to remain anonymous while procuring their products. Cannabis stores do not have provision for this anonymity which is why many regular cannabis users are more open to using illegal sources.

Quebec presently has the least number of stores among the Canadian states with legal cannabis laws. This has since proven to be a problem for regular cannabis users as the logistics of going far distances to get cannabis seems to be hectic. The regulated market for cannabis in Canada requires that a number of bureaucratic processes must be passed before licensing. Likewise, other requirements for operating cannabis stores have greatly limited the number of available stores within the region. While there are ongoing steps to greatly increase the number of cannabis stores in the region, it is still not enough to overhaul the black market.

Cannabis stores in Quebec are very particular about the composition of the cannabinoids present in the cannabis strain. Strains with high THC content are said to be effective in producing an energetic high. Likewise strains with high CBD content help with relaxation and dealing with sleep disturbances. These are the major things that cannabis stores consider and speak about when it comes to cannabis strains however some consumers want more. Edibles are limited in cannabis stores because the regulation in Canada does not want cannabis to become attractive to underage persons. This has made some of the options that regular cannabis users want scarce in the stores. The illegal cannabis dealer on the other hand doesn’t have such problems. This makes the illegal pot more attractive to Quebecers as they can have access to special edibles that they naturally won’t find in legal cannabis stores

In every business that involves demand and supply, price is a very big determinant of customer character and this is seen in the cannabis industry as well. Cannabis stores are known for their regulated structures in which you know the price of the product you are procuring as it is fixed. Illegal cannabis dealers on the other hand are more flexible which means the price can change depending on various factors. Responses from the individuals interviewed showed that they believe they can get good prices for products with illegal dealers compared to the fixed prices that come with cannabis stores. This is another reason why many Quebecers prefer to get their medications from illegal sources compared to licensed cannabis stores.

While there are many positives on the side of the buyer to support buying cannabis from the market, there are also negatives attached. The quality of weed on display in cannabis stores is well-stated compared to an illegal market where a dealer can pass off low-quality weed as a medium-quality weed. Nonetheless, the data cannot lie and it has shown that the majority of the revenue for cannabis in Quebec is being diverted to the black market. Time will tell if the policies being proposed will bring about a change in this trend, but till then the illegal market will continue to thrive in Quebec.B

Previous What is Full Spectrum CBD?

Next The Cannabis vs. Viagra Debate

Aurora Cannabis laying off 12% of its workforce – Cannabis News, Lifestyle

Aurora Cannabis announced it is laying off 12% of its workforce as the company reorganizes. A spokesperson said, “Today we delivered against that commitment as we announce a corporate reorganization that will allow Aurora to operate as a leaner, more agile, and future-focused company, fit for success in the evolving global cannabis industry.” Aurora is …

The cannabis industry is seeing more and more demographics than ever. Those with ailments or conditions, and the elderly are turning to cannabis more frequently. These certain demographics, especially those who are new to the cannabis scene can easily be targeted for scams. That is not to say those who are well versed in their …

https://www.forbes.com/sites/ traversmark/2022/11/05/a-psychologist-busts-3-common-myths-about-recreational-marijuana/   I don’t know about you but I despise the concept of “Fact Checkers”. I have no problem with people providing accurate facts about any particular story – but the way “Fact checkers” have worked over the past few years have been highly subjective. You’d think “Fact Checkers” would be wholly objective in …

The government of Canada places a high value on the well-being of its veterans compared to their neighors to the South. One of the ways it sought to show this is by setting up a reimbursement policy for the medical use of cannabis by veterans. This policy was implemented after input from all concerned stakeholders and  …