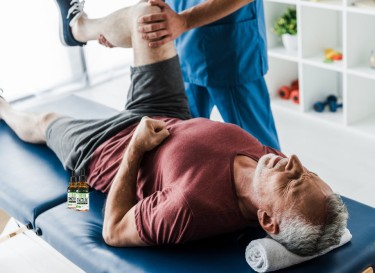 Spinal stenosis is a condition that occurs when the space within the backbone is too small. As a result, the nerves on the spine as well as the spinal cord are exposed to pressure which causes pain in the neck and lower back.

Spinal stenosis usually affects men and women aged 50 and up. However, younger individuals who were born with a narrow spinal canal are also at risk for this condition, as well as those who suffer from other spine disorders including scoliosis or injuries. Wear and tear in the spine, such as what happens with arthritis, is the most common reason why people suffer from spina stenosis. In mild cases, individuals will not have any symptoms but others will suffer from pain, numbness, tingling, and muscle weakness.

Treatment for spinal stenosis varies depending on the severity of symptoms. Doctors will usually prescribe NSAIDS and pain killers, though these pharmaceutical medications have dangerous side effects and can be addicting – and the addictions are life-threatening. Antidepressants, opioids, and anti-seizure drugs can also be recommended. For severe cases, the use of physical therapy together with medications can improve the symptoms.

However, there is a need for natural medication to help alleviate the symptoms of spinal stenosis. Cannabis may help.

A new study conducted by researchers at the Thomas Jefferson University in Philadelphia analyzed the impact of hemp-based CBD gel caps on 48 patients with an average age of 75, all of whom had spinal stenosis. The researchers reported that these patients, all of whom had lower back and leg pain, reported improvements after taking 15mg of hemp-derived CBD twice daily.


They added that there was a 2 point reduction using an 11-point scale during the trial phase. The patients’ sleep quality, appetite, and overall quality of life were improved – and they did not experience any side effects using CBD.

“This open-label, prospective, observational study found that treatment with hemp-derived CBD gel caps was associated with significant improvements in pain scores and several quality-of-life measures,” the researchers concluded. “CBD gel caps were not associated with any adverse effects. Using CBD to help alleviate pain in spinal stenosis is supported by the evidence in this study,” they wrote.

There are several other studies that back up the efficacy of cannabis for treating and improving the symptoms of spinal cord conditions.

In a 2019 study, also by researchers at the Thomas Jefferson University, they assessed patients who suffered from spinal cord injuries (SCI) and who also had a history of cannabis use. Out of a national sample, 42% of respondents said they were either current or past cannabis users. Sixty-three percent of them said marijuana offered “great relief” especially for treating spasticity and pain. Meanwhile, 30% said it provided limited relief and just 6% said they experienced no relief.

Most respondents also said that the use of marijuana was more beneficial in treating spinal cord injury symptoms compared to prescription drugs. “Our findings support the notion that MC (medical cannabis) may have an important role – either as adjuvant therapy or as monotherapy – in treating a number of common symptoms experienced by individuals living with SCI. There is certainly a need for expedited clinical trials evaluating efficacy of MC in chronic SCI, and no justification for cannabis’ continued classification as a Schedule 1 drug, a designation indicating that it has no accepted medical use,” the authors wrote.

A 2021 study conducted by University of Sao Paolo investigators sought out to assess how CBD affected the motor function of animal subjects – rats – who had cryogenically induced injuries of the spinal cord. The rats were given either CBD or placebo through injections before, after, and daily for 6 days after surgery.


The researchers concluded that treating the rats with CBD resulted in better locomotor skills by the end of one week. “Cannabidiol improved locomotor functional recovery and reduced injury extent, suggesting that it could be useful in the treatment of spinal cord lesions,” the concluded.

Medical researchers have discovered various ways that cannabis helps people with spinal cord injuries. For example, in a University of Manitoba study, synthetic cannabis called Nabilone was given to people who were experiencing muscle spasms, which is a symptom of people with spinal cord injuries as well as other conditions. The researchers found that 90% of people given Nabilone reported improvement in symptoms.

It can also help address insomnia, bladder problems, and quality of life among patients.

More researchers and scientists are studying the impact of cannabis as well as CBD on spinal stenosis, as well as other kinds of spinal disorders. The growing body of evidence we have so far reveals that consuming marijuana products, whether orally or topically, is beneficial in treating a vast range of symptoms associated with conditions and injuries affecting the spine.

If you or a loved one is suffering from spinal cord disorders and would like to explore using cannabis products, be sure to speak to your medical provider and let them know beforehand any existing medications you are taking.

SPINAL DISEASE AND CANANBIS, READ ON… 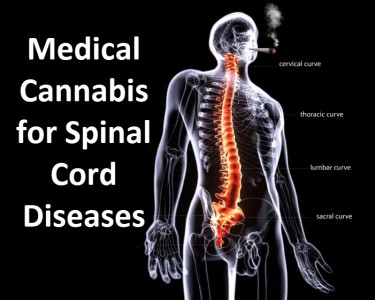 Previous Does Your Medical Marijuana Card Work in Other States?

Is CBD Legal in Sweden? CBDSverige Sits Down with Cannabis.net to Talk CBD in Sweden

The U.S. Court of International Trade (CIT) recently issued an important ruling that may set the course for cannabis accessories to be imported internationally into canna-legal states. The federal court’s order clearly exempts states with cannabis laws from the federal ban imposed by the Controlled Substances Act (CSA).   Cannabis businesses can now import or …

The Supreme Court of Canada will rule on whether Quebec‘s ban on growing cannabis for personal use is constitutional. Janick Murray-Hall v. Attorney General of Quebec will be heard on Thursday, September 15. Quebec’s Cannabis Growing Ban  How did Quebec end up the odd-duck out with their home-growing cannabis ban? In 2018, the federal government …

Influenza left the chat in 2020. Meanwhile, Covid-19 stole the spotlight – especially in statistics. Scientists urged that strains of coronavirus are atypical of the flu. More difficult to ignore, however, is how mechanisms related to CBD and CBG treat Covid-19 and superinfections after influenza. Influenza can weaken the immune system, allowing for severe infections. …

Best CBG Capsules CBG (stands for cannabigerol) is extracted from hemp and marijuana plants that have been harvested early. Capsules are a great form factor for anyone looking for a no-frills, easily-transportable option with good bioavailability. Taking CBG orally is the method most commonly used in studies of CBG thus far. For this list, we …

If Japan Legalizes Medical Marijuana, What Does That Mean for the Rest of Asia?