The Diffrence Between The Strains 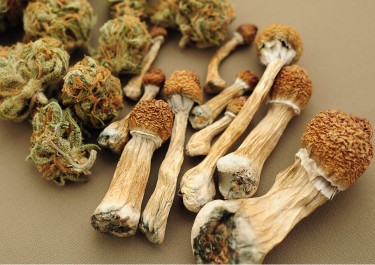 Should we consider cannabis as a “low-key psychedelic?”

I’ve been smoking cannabis for roughly 20-years now and I definitely would classify cannabis as a “psychedelic”. If you’ve ever “greened out” from consuming too much cannabis edibles – you probably too can attest to the psychedelic nature of cannabis.

Of course, unlike classic psychedelics like LSD or Psilocybin, cannabis hallucinations when under a heroic dose is rarely a wonderland of scenic happenings and more like you’re being sucked into a black hole with for a few hours, typically until you pass out and sleep it off.

However, I have also experienced mild hallucinations from cannabis in the past. I can remember an audio hallucination I experienced for a short period where I would hear a drum pattern radiate from my bedroom ceiling.

I wasn’t freaking out. On the contrary, the beat was pretty fire and I would listen to it while experiencing the buzz of a fresh bong-rip as I drifted off to sleep. I also have had a few visual hallucinations where I saw things in different perspectives.

Let me put it in context for you.

Once while traveling through California, I was performing music at different spots, and for a week or so had been hustling 3rd Street Promenade because “everyone was doing it”. I said, “sure” and went and played for a few weeks there to see what the fuss was about.

While it was certainly nothing like I expected, I still remember those awkward performances on the streets with shoppers not giving a shit about who’s entertaining them – as long as they are entertained.

Long story short – the week was pretty hectic, we barely made any album sales and worst of all – I hadn’t smoked weed in a few days. This being right next to Venice beach where weed was merged with the atmosphere.

Eventually, my buddy and I decided to go for a walk to go sit and watch the beach when we smelled this amazing odor of potent bud. I could smell the potency.

I went over to the guy, asked him if I could bum a hit or two and told him about my shitty week. The dude was nice and let us smoke some of his ganja.

Needless to say, it was definitely potent! Not wanting to seem like lightweights, we stuck around for a few more rounds of which eventually we bid our goodbyes.

My buddy was completely gone…we eventually had to find a bench to rest at for him to regain his senses. It was here, where I felt the intense buzz of the cannabis in my body, that I looked through the fence protecting us from a massive drop that I could see these sea gulls in the distance.

My eyes focused in on them and all of a sudden, they were flying right in front of my face…still small, but almost as if they were 3D avatars of the birds flying in my immediate space.

It was trippy AF and I decided to mumble some incoherence to my buddy – who’s eyes were completely closed with his head tilted to the side (I believe he was recharging). However, after a failed attempt, I simply continued to trip out on the hallucination.

I knew it was an hallucination. I wasn’t freaked out. And so I enjoyed it.

However, is an hallucinogen the same as a psychedelic?

Technically, they are the same thing since most psychedelics are hallucinogens, but cannabis hallucinations are not like classic psychedelics. At least in low doses it isn’t.

But when you green out and stumble down the road of “WTF!” You immediately recognize the psychedelic nature of cannabis. And let me tell you something, she is NOT to be fucked with!

All it took was a few green outs for me to learn to respect the Jane…that was it. I haven’t had a green out in over 10 years because I now know to take it easy and use cannabis for what it does best – chill me out.

There are plenty stories of people who tripped hard on some weed. Here are some of their stories.

I think marijuana has psychedelic properties that are underrated. When I hear seekers using mushrooms or DMT for mystical research, I feel like marijuana in heavy doses can lead to a similar state.

I think the experience could be related to the initial blast off of the DMT experience when consuming heroic doses of it. Except, unlike DMT, you’re stuck in blast off while being sucked into a black hole. It can be a very scary experience.

However, if you learn to relax and breathe you will ride out the harshest aspect of the experience. Even though you can diminish the intensity, the effects can last a long time, so patients is also a virtue in these situations.

Nonetheless, I agree with the Redditor on their assessment of calling cannabis a psychedelic.

Most likely not talking about fractal or melting vision. I understand how cannabis can be that way, especially after not consuming for a while or eating edibles.

Last edible I had was too strong and I had the worst, most delusional, illusionary night going in and out of sleep. It was tragic haha.

Oh yes, I can relate!

Have you ever gotten so high you realized that cannabis is a psychedelic? Let me know in the comments!

DO LARGE DOES OF CANNABIS MAKE YOU TRIP, READ ON.. 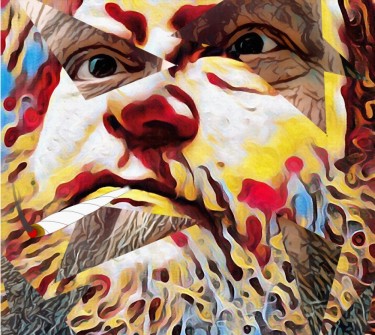 LARGE DOSES OF CANNABIS MAKE YOU HALLUCINATE? IS THAT TRUE?

Previous Whether For or Against Marijuana Legalization, Most American Voters Agree Cannabis Businesses Should Have Banking Access

Overtourism and Why Amsterdam May Ban Tourists from Cannabis Cafes

Cooking with Cannabis Around the World

Are you planning a trip to Canada soon? Specifically, to experience legal cannabis? Think again. We’ve got three reasons Canadian cannabis tourism sucks. So let’s get into it. 3rd Reason Canadian Cannabis Tourism Sucks – You Can’t See Anything Canada’s federal government didn’t legalize cannabis because we’re all self-owning individuals with the right to bodily …

Specific Cannabinoids Help Reduce Blood Pressure, Says Studies   High blood pressure is one of the most common conditions afflicting older adults globally.   Also known as hypertension, experts say that around half of the American population has this condition. But many do not even know they have it – that’s why it’s also called …