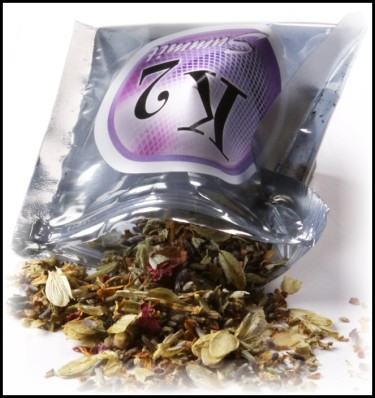 According to the Australian Institute of Health and Welfare, Almost 40% of the people there have tried an illegal substance at some point in their lives. That might seem normal in this modern world, where many people cannot raw-dog reality sober as a monk.

The Interesting part is that Australia’s government has enforced many laws against drugs and illegal substances, and even spends between $400 to $700 million annually on drug law enforcement, yet, illegal drug use is increasing every year, so clearly something isn’t right.

Maybe the governments of the world had it all backward all this time, and maybe legalization is the way to regulate drug use and save people’s lives globally.

According to the CDC, Marijuana copycats have sent thousands of people to emergency rooms over the past decade. Some have even died, including a 17-year-old boy “who suffered a cardiac arrest after reportedly taking a single ‘hit’ of K2/Spice,”

Synthetic weed, laced with foreign, untested chemicals has become extremely popular in states and areas where Marijuana is prohibited by the law.

These substances mentioned above are completely legal and the government doesn’t seem to do anything about it, even though these chemicals are untested and unregulated. Meaning that people are injecting literal chaos into their bodies, thinking it is some good herb that will help them relax and chill.

People don’t seem to realize that the dangers of introducing untested substances to their bodies and minds are far greater than getting caught with Marijuana. Therefore people just purchase them knowing that at least they are safe from the law.

The black market does not give a rat’s ass about health, it sells whatever is profitable

If you expect a dealer on the street to monitor the quality, and make sure the drug is safe for consumption then you are mistaken; not because the dealers don’t give a fuck about your well-being (a lot of them actually don’t) But, it’s simply because they’re just selling whatever makes them the most money.

And in order to make a lot of money, you’re gonna inevitably reduce the quality of the product, it is human nature to seek more profit at the expense of others with less knowledge, and it actually becomes easier when you’re a stranger to them, hell, some of them might even be using their own questionable products to take the edge off an already stressful life as an illegal drug dealer.

The point is that since drugs are illegal, people are still using them anyway, some researchers might even argue that drug prohibition increases the desire to use them even more.

The black market focuses on moving products as quickly as possible, and there is no incentive for them to ensure that the products are “on the up and up”. We now know that prohibition doesn’t stop consumption, and therefore, to hope that one day “demand” would die down – is wishful thinking at best.

What’s more, Drug Networks are becoming more sophisticated and have chemists who cook up new drugs, still not legally regulated. Why deal in illegal drugs when you can make a shit tonne of money from “grey drugs” or “unnamed-unregulated” drugs? .

Can you imagine waking up one day and seeing some shocking news all over your social media and news outlets, “SUGAR IS NOW BANNED EVERYWHERE!” It happened all of a sudden and people are raging.

The government that banned sugar is telling the people that it is one of the most dangerous substances on planet earth, it gives momentary pleasure and does a lot of damage to the body and brain. Potentially wanting you to do harder forms of sugar, like hard candy or chocolate bars!

This is not wrong actually, sugar is a very dangerous substance that we give to children, It’s undoubtedly the most addicting substance on planet earth, it puts cocaine to shame.

It is actually crazy how normal sugar is in our society, and funny enough, It was not a big deal until the obesity crisis hit the US and other parts of the world.

Back to the Sugar ban apocalypse, people will rebel against such a law by making it clear as day that they can put whatever they want in their bodies.

And they are not wrong either, we have a very limited time on this flying space rock, and as long as we are not harming each other, we can do whatever we want to ourselves; That’s how humans learn, grow, and evolve.

So there is actually no difference between what they call ‘illegal substances’ and sugar.

Too much of anything will likely kill you, and so is too much sugar.

Yet one is legal to use, given to children as a reward, and the other is frowned upon and your entire life could be wasted in prison for getting caught with it.

Same thing, different societal norms. People have the right to eat sugar and enjoy it in moderation, the same case applies to drugs. Within a free society, you should be the alpha and omega of your bodily choices. The government has no more right to tell you what goes into your body than it has to tell you what comes out of it.

The importance of education

Since all drugs except alcohol are illegal in most parts of the world, there is little to no drug education.

We hear that they are bad, nasty, and will ruin your life, ever since we were kids.

But once a youngster loses all hope for life, with the pressure of his family, school, friends, and relationships. He has a moment called ‘Fuck it “I am already down, why not try it, what’s the worst that could happen…”

The young teenager tries a few hits of a joint, and immediately feels relaxed, the thoughts that were bothering him seem not so important after all, he comes to the realization that he’s having a very positive experience with the so-called “bad drug”.

He feels lied to and deceived all of his life. He discovers a new joy, a new relief, called “drugs” and believes it can remedy all life problems. However, this is simply a mechanism of avoidance and often don’t pan out the way people expect. When it doesn’t work according to the constructed narrative – they begin experimenting with other substances to see if “it will work”.

This is what happens when there is a lack of proper drug education. .

Proper drug and substance education will likely make people more aware of what drugs are and how to deal/use them with purpose, and it will rapidly reduce the bad drug-related events and help people avoid addictions and substance abuse in their daily lives. But if we continue with the “DON’T TALK ABOUT DRUGS!!!” approach, we’re essentially throwing teens into the deep end with sharks and asking them to swim!

Prohibition of drugs does not stop the flow of drugs, It enhances it and makes way for new untested drugs.

This one is pretty obvious to almost anyone with a functioning brain, the more the law is fighting drugs, the more people are curious about them, and the more intriguing they seem. Hence the increase in drug use after every war on drugs, ever.

Drug lords all over the world are thrilled with these drug wars, they thrive on prohibition because it is just free marketing for them, and a new opportunity to launch new drugs that only chemists know what is in them and their effect on the consumers.

Just imagine how much it would suck for all of the big drug trafficking organizations if they hear that they would be competing with the legal market, who provides higher quality product with guarnateed safeties. What do you think would happen to their profit margins? That would be the end of any criminal who got rich by selling drugs, that is the end of their unethical career. Why wasn’t the war waged that way you might ask? Well…politics.

All of what is mentioned above might seem pretty far-fetched to some, and others might even think that it is impossible to just simply legalize all drugs, isn’t that insane? Well…what if I told you Portugal did it already, and their results are phenomenal?

Portugal was in the grip of heroin addiction, not only that, but since there was a hygiene crisis, people had to deal with addiction accompanied by HIV. Portuguese addicts were dying slowly and miserably until the government did the unthinkable.

“It was almost impossible to find a family in Portugal that did not have drug-related problems,” said João Goulão, the architect of Portugal’s revolutionary drug policy.

in 2001, Portugal took a radical step. It became the first country in the world to decriminalize the consumption of all drugs. They started seeing drug addicts as patients who needed help and not as criminals who deserve to go to jail.

A 2015 study found that since Portugal approved the new national strategy in 1999 that led to decriminalization, the per capita social cost of drug misuse decreased by 18%. And according to a report by the Drug Policy Alliance, the percentage of people in prison in Portugal for drug law violations has decreased dramatically, from 44% in 1999 to 24% in 2013.

All in all, there are a lot of clear pieces of evidence that the war on drugs and prohibition only leads to more drug consumption and harmful innovations by the black market sellers.

Legalizing all drugs does not mean encouraging people of all ages to do them, It just makes them safer and more regulated for the people who were going to do them anyway.

THE DANDERS OF K2 SYNTHETIC CANNABIS, READ THIS!

Previous How to Have the Best Trip Ever? Mixing Cannabis and Psychedelics Can Enhance Mystical Effects Say New Studies

What happens when cannabis farmers begin growing psilocybin? That’s not the set-up of a joke. That’s a serious question. British Columbia‘s craft cannabis farmers, patient advocates, and psilocybin aficionados met in Duncan, B.C., this past June to discuss the answer to that question. TheraPsil, a non-profit that advocates for psilocybin therapy, hosted the event alongside …

What is the environmental cost of one cotton tee? In some parts of the world, it amounts to 2.7k litres of water, 1.2 pounds of fossil fuel, .1-pound pesticide and .2 pounds of fertilizer. That’s just for manufacturing and transporting just one single cotton tee. If you dive deep into the figures, you will find …

Our knowledge of human disease and its connection to the Endocannabinoid System has grown over three decades as science connects the dots. Adding to this, a genetic failure within the production of 2-AG causes a deficient endocannabinoid system in children. Now known as NORDS, the clinical syndrome includes several unique symptoms. (1) An endocannabinoid explained …

Cannabidiolic acid (CBDA) is a minor cannabinoid with significant medicinal promise. Recent research suggests that CBDA could be an alternative treatment for managing or curing inflammation, anxiety, cancer, and seizures. The therapeutic potential of CBDA is the newest discovery of cannabinoid-based drugs.   Introduction To CBDA Although research is still in the infant stage, researchers …