Cannabis Skunky Smell & the science behind it

Does endocannabinoid deficiency cause Parkinson’s Disease?

5 States That Could Legalize Weed This Week? 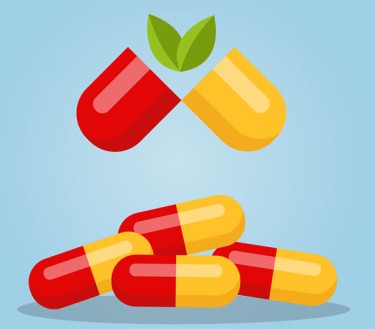 While many cannabis producers and marketers might not want to openly declare it, excessive use of cannabis is detrimental to health. Cannabis Use Disorder has been the name used to describe this condition and has seen been as a matter for the pharmaceutical industry to give an answer to. It would seem that Segal Trials has done just that as its new drug is set to commence clinical trials for cannabis use disorder.  Read on as we explore all that there is to know about the new drug that is set to begin its clinical trials.

Cannabis Use Disorder is a condition where severe use of cannabis leads to dependency in the user and promotes deleterious effects. Common symptoms of cannabis use disorder include depression, restlessness, anxiety, irritability, anxiety, and dysphoria. It is also known as cannabis addiction or marijuana addiction. The point of tagging a condition as cannabis use disorder is when the user doesn’t cease its use despite apparent social and health problems being linked to its use.

The prolonged use of cannabis which causes the user to develop tolerance to the effects of THC is one of the mechanisms causing cannabis use disorder. This causes dependency in some chronic cannabis users and any attempt to cease causes withdrawal symptoms. Another factor that can promote the early onset of this condition in some individuals is the drastic increase in the potency of cannabis taken. A change in the mode of delivery can also hasten the development of dependency and eventually cannabis use disorder.

The issues associated with a dependency that comes with cannabis use disorder are there for all to see but a pharmaceutical solution is already on the horizon. Segal Trials, a clinical research network based in South Florida recently announced that it will soon commence Phase 2B study for a new drug for cannabis use disorder. The drug designated as AEF0117-202 as disclosed in a press release on October 5 is being created by Aelis Farma. The Phase 2 study that is about to commence is a random, double-blind, placebo-controlled study. The study will consist of 4-arms, a parallel group and a multicenter towards determining its efficacy.

The new drug is being classified under a new class of drugs called sCB1-SSi. It will be the first of such drugs chosen as a clinical candidate towards the treatment of cannabis use disorder. The drug is expected to react to the same endocannabinoid receptors as THC in the body. This effect is expected to create a stop in the dependency and halt the progression of deleterious symptoms that might come with withdrawal.

For the purpose of the trials to be carried out to determine the efficacy of the drug, a criterion has been set to classify how much cannabis is too much. People with cannabis use disorder are defined as those who use cannabis five times per week or more. Such selected individuals are to be chosen as study participants. A group of these participants are to be administered the trial drug orally while another group will be given a placebo.

Three different doses of the trial drug (0.1mg, 0.3mg, and 1.0mg) are to be given to the study participants in capsules. Results from the test will justify the hypothesis that since AEF0117 acts across similar receptors as THC, it can alter some of the effects of cannabis. The Medical Director and Chief Scientific Officer at Segal Trials, Rishi Kakar believes the study will help people desperate to end their reliance on cannabis.

The cannabis withdrawal symptoms being used in the study include cravings, restlessness, decreased appetite, irritability, and mood and sleep difficulties. A recent study by the Center for Disease Control and Prevention shows that 3 of 10 cannabis users suffer from cannabis use disorder. Another study also shows that there is a 10 percent chance that people who use cannabis will become addicted. This shows the importance of the work being done by Segal Trials on the development of a pharmaceutical drug for cannabis use disorder.

The trial for the new drug to be done by Segal Trials is said to be done at the Center for Psychedelic and Cannabis Research. The centre was specifically built for such structured trials to promote patient comfort and patient safety while conducting the trials. The team has also worked on psychedelics to conduct a clinical trial on the efficacy of LSD D-tartrate for treating general anxiety disorder. This serves as a foundational basis for which the group seeks to establish this new drug as a solution to cannabis use disorder.

The absence of an approved drug for cannabis use disorder has also increased the incidence of the condition. The lack of a proper definition of the condition for a long time resulted in a lack of clinical research on it for quite some time. This in turn created an absence of considerable literature that is needed to facilitate the development of the pharmaceutical drug.

The development of the new drug and the commencement of its clinical trials are definitely comforting news for many. The menace of cannabis use disorder is one that many have continued to shy away from for quite some time. However, if the results of these clinical trials come back successful then we can be looking towards the development of a new era. An era where cannabis dependency and withdrawal symptoms are a thing that can be corrected by the work of a pharmaceutical pill.

CANNABIS PILLS AND MEDS, READ ON… 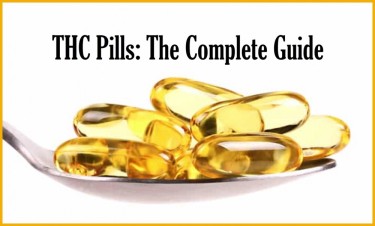 WHAT ARE THC PILLS? READ THIS!

Previous Weed Election Results - Is 2 for 5 Good Enough for the Cannabis Industry, Anymore?

What Happens to the Marijuana Industry if Cannabis Gets Descheduled Next Month?

A proposed legislative and administrative reform in federal cannabis law in the United States would remove cannabis from Schedule I of the Controlled Substances Act. Since 1972, the proposal has been put forth numerous times. The category, which has the strictest restrictions, is set aside for medications without any recognized medicinal applications at the …

A Guide To Choosing The Right Cannabis Strain For You 2022 Edition   There are so many ways to consume marijuana these days, but inhaling cannabis flower remains to be the most popular way to medicate.   Whether you are a medical or recreational consumer, the benefits of smoking flower can’t be denied: it’s convenient, …

The law is supposed to make sense but sometimes, it doesn’t. Some laws are timeless and agreeable to all, others have an expiry date. Keeping our laws current costs taxpayer money so if a law is outdated, it’s often ignored rather than struck down. As a result, there are some extremely stupid laws that are …

Photo by: LexScope For many newcomers to smoking, bongs can be quite intimidating and there isn’t always someone to show you how to smoke a bong the right way. The first roadblock is all the bong-related jargon. How can you figure out how to smoke it if you don’t know what it is? Terminology for …