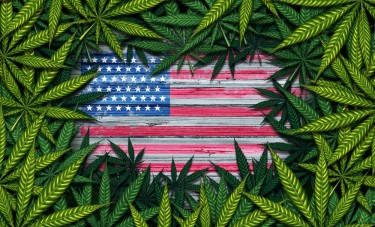 Maine-based cannabis firm, Maridose, announced some days back that they’ve been awarded federal licenses to supply and distribute cannabis concentrates, extracts, and flowers for pharmaceutical and research purposes.

U.S laws prohibit the use, sale, and distribution of cannabis for medical and recreational purposes. However, it permitted the University of Mississippi to investigate the effects and properties of cannabis use. In the past year, the government has come under pressure from residents, cannabis industry stakeholders, and key operators in the sector to legalize cannabis. The government has explained several times that this process cannot be rushed because it has to be convinced cannabis is fit for consumption and commercial production.

It is exhilarating that the government has decided to hasten the research process by licensing more facilities to supply cannabis to federally licensed cannabis research institutions. Additionally, the field of legalized medical cannabis research will become more accessible for private investors to develop cannabis-based products commercially.

Maridose is one of a few companies to receive this authorization from the United States federal government via the Department of Justice (DOJ) and the Drug Enforcement Agency (DEA). The federal agencies described this development as a step toward eradicating the monopoly of cannabis research. Since 1968, the University of Mississippi has had a monopoly on marijuana research —growing and testing these plants for pharmaceutical reasons. The University was the only producer of legal schedule 1 cannabis for 54 years, and it supplied licensed researchers throughout the country.

According to the memo, Maridose and other newly-licensed facilities will grow cannabis, separate the extracts and plant materials, conduct scientific research, and create products for medical consumption. The Maridose facility is located in Brunswick Landing, Maine.

Maridose founder Richard Shain, via a statement, expressed his excitement about the awarded license. He stated that the team is excited and proud to be among the first selected cannabis facilities. He added that this license is a giant step for the future of cannabis and science in the United States. Shain explained that their newly-gotten registration number—RM063095— is the firm’s reward for working diligently with the DEA for over five years. Now, they stand to make more profit from growing and supplying cannabis flowers and concentrate on federally recognized cannabis research companies within and outside the United States.

Shain emphasized how proud his company is to receive one out of the DEA’s minimal number of licenses. He noted that almost every other cannabis business operating in legal states could not export their products via state lines, except the other state is also legal. Cannabis remains a schedule 1 substance; hence operations for non-licensed companies are at legal risk at the federal level. Now, Maridose can legally ship products across state lines and country borders without the fear of national repercussions.

The DEA licensed Maridose weeks after it completed its Maine facility. Shain explained that the DEA license permits them to work with private, international, and public organizations to accelerate output. Investors will also enjoy major tax advantages not available to medical and recreational cannabis operations in legal state markets.

Additionally, cannabis scientists will have unlimited access to multiple cannabis strains. Not to mention that investors will be able to legally invest in this field and advance the U.S cannabis industry.

Maridose LLC is a cannabis biopharmaceutical research and product development company based in Boca Raton, Florida. The privately held corporation has a team of international experts who research and develop cannabis products using microbial technology and standardized cultivation techniques. Their newly licensed facility for premium cannabis cultivation and research is located in Brunswick Landing, Maine.

Fraunhofer USA is a collaborator with Maridose. With 72 institutes and research units worldwide, its parent company, the Fraunhofer Institute, employs over 26,000 people. The second-most inventive research institution worldwide, according to Reuters, is Fraunhofer. Fraunhofer has never worked with marijuana before, but a collaboration with Maridose marks their entry.

Tikun Olam, a pioneer in the study of medical cannabis, has granted Maridose a license to use its intellectual property. With more than 30,000 people in the world’s largest patient database and more than 50 years of cannabis study, Tikun Olam has developed the most thoroughly studied cannabis strains. Doctor Rafael Mechoulam lead many of Tikun’s groundbreaking research projects were carried out by the man known as the “Father of Cannabis Research” and “Discoverer of THC.”

Maridose will create goods on-site, giving businesses and researchers rapid access to various strains and priceless patient insights to direct their work. Millions of people in this nation will eventually have access to marijuana strains that Maridose will develop, as well as industry-leading research, thanks to the clear route made for businesses like Maridose.

Prof. Lumir Hanus, the top analytical chemist in cannabis research and the person who discovered Anandamide, the first endocannabinoid discovered in the human brain, serves as the board’s scientific advisor. Hanus’ finding is acknowledged with serving as the foundation for all endocannabinoid system research over the past 30 years. The science and expertise of cannabis are still being advanced by Prof. Hanus’ studies.

Maridose is the sixth business to get the DEA and DOJ licenses, and it is on a mission to offer customers top-notch cannabis-derived products that address significant health and wellness issues.

It is impossible to overstate the momentous importance of the government’s decision to increase the production of cannabis strains for research and development.

Cannabis is a therapeutic drug that shouldn’t be kept from the world. With the DEA and DOJ licenses, companies like Maridose will be able to legally share the veritable goldmine of cannabis-derived medical treatments with people that need it. The actual offense would be remaining silent despite knowing that cannabis can benefit others.

Shain concluded his statement by stressing that the latest development is a reward for thr company’s patience and tenacity. He noted that the journey, though long, has been fulfilling. There’s even a long and probably more difficult path ahead. But, in the end, it’ll all be worth it.

Should Psychedelics Be Sold Openly in America?

Democrats have a legalization plan. US Senators have introduced yet another cannabis legalization act. The Cannabis Administration and Opportunity Act (CAOA) legislation would create a tax and regulatory structure for legal cannabis. America’s National Cannabis Industry Association (NCIA) has applauded the act but remains cautious about the impact on small businesses. Democrat Senators’ Legalization Plan …

Within the last year, there have been different ideas to scale up the cannabis industry. One of the popular strategies was for growers considering identifying geographic locations where cannabis is widely grown. The growers said they got their idea from appellation and terroir designations in agriculture and winemaking.   Terroir is a phrase used to …

Today Marks the Beginning of Sober October   A few years ago, Joe Rogan and his group of booze drinking, weed smoking, comedian friends started a challenge where they would stop drinking, stop smoking weed, and do exercise everyday for the entire month of October.   For many years, I really didn’t see the need …

Eating edibles seems like a recent development. But did you know that ancient people used cannabis as food during dynastic China? For quite a while, we have known that ancient Chinese villagers used cannabis as a food source. Decades ago, archeologists uncovered texts detailing the P’o Chu-i, a porridge that resembles modern-day congee. The ancient …

One of the latest studies shares new insight. This study, entitled: The Neural Basis of Psychedelic Action, was led by Alex Kwan, Ph.D., an associate professor at the Meinig School of Biomedical Engineering in the College of Engineering. Kwan and his team used optical microscopy, optogenic manipulations, and viral tracing, with the intention of understanding …