For violations that began in 2019, a Las Vegas-based cannabis testing company finally faces a $62,500 fine and a 10-year ban from the market. The business is charged with inflating THC concentrations and changing results from heavy metal and microbiological testing in the past.The ban may stick as the state’s Cannabis Compliance Board (CCB) rejected the request to have sanctions for offenses relating to THC potency, microbes, and heavy metals removed.

In a 44-page lawsuit, third-party cannabis laboratory Cannex is accused of breaking state laws by conducting testing procedures that lacked objectivity in 2019. The document claims that instead of safeguarding consumers by accurate and truthful testing, Canex developed processes geared to shield its clients’ financial assets without consideration for consumer safety. The CCB lawsuit named five of Cannex’s top cultivation clients as those with whom the lab allegedly engaged in illegal testing practices to preserve their clients’ enterprises and, consequently, their own.

ACC Industries, THC Nevada (FloraVega), Silver Sage Wellness, Nevada Group Wellness (Prime Cannabis), and Integral Associates are the names of the five companies (Essence). Note that ACC Industries did not come up in any searches; however, the CCB website lists the remaining four companies with active licenses.

The CCB complaint said that Cannex was engaging in the following activities in addition to processes designed to increase THC potencies artificially:

According to data from the lab’s heavy metals testing, the lab routinely retested Silver Sage Wellness Cultivation samples that tested positive for cadmium.

Cadmium is a carcinogenic substance, and the Centers for Disease Control and Prevention claim that breathing in too much cadmium damages one’s lungs and may possibly be fatal. According to the lawsuit, most, if not all, of Silver Sage Wellness cadmium failures were retested at least twice, with some as many as four or five times more, during the review period.

Cannex indicated that numerous samples that tested positive for cadmium between September and November 2019 have passed due to this strategy. This allegation is demonstrated by the 22 samples [specified in the complaint] that all first failed for cadmium. Microbiological errors brought on by unapproved retesting were also mentioned in the CCB complaint.

The complaint claims that THC Nevada had a microbiological fail rate of roughly 31% over the period looked at by state inspectors—September to November 2019. Allegedly, Cannex retested every sample that failed and reported passing results. This led to a reported microbiological fail rate of only 13% for that period, the complaint alleged. Of all the failures, 13 samples initially returned negative for Aspergillus, and Cannex then retested all 13 of the failed Aspergillus samples and documented positive results.

Deliberating On A Decision

At their regularly scheduled meeting on September 27, the members of the Nevada Cannabis Compliance Board (CCB) rejected two motions made by Cannex Nevada LLC (now operating as LettuceTest LCC) to have the corporation’s disciplinary action removed. Cannex recently updated its state license in July 2020 as a Nevada facility for testing cannabis for both medical and adult-use reasons.

The regulators went into detail about the 22 violations found during an investigation in December 2019 and the ongoing test results analysis. They reiterated how the company conducted activities meant to improve THC potency for specific clients. It is crucial to mention that Cannex’s license to operate was canceled in 2017 when it was established that the company continually violated the standard testing regulations.

At a CCB special meeting on September 15, Kimberly Maxson-Rushton, a partner at Cooper Levenson, asserted on behalf of LettuceTest, aka Cannex. He claimed that all alleged violations at the testing facility occurred in 2019 (preceding the CCB’s formation) when the Marijuana Enforcement Division (MED) acted as the state’s industry regulator. Maxson-Rushton asserted that the testing facility demonstrated compliance and met a statutory standard through a corrective action plan with MED representatives. As a result, the CCB members have no choice but to disregard their current complaints—made in 2021—because they replicate what has already been fixed.

According to Maxson-Rushton, even if Cannex disagreed with the 2019 audit and inquiry, they went ahead to satisfy the company that controls their license by proving compliance. So it begs the question once more: “Why did the Nevada Cannabis Compliance Board file a complaint in 2021 when all of that was finished in 2020, before [the CCB] was even in place?” The CCB members, however, disputed the notion that Cannex had already modified their alleged 2019 breaches during their second meeting on September 27.

CCB member Dennis Neilander at the meeting, expressed critical claims on that issue. He explained that he doesn’t believe the party making the motion has fulfilled its burden of dismissal based on his evaluation of the evidence, and the hearing officer’s judgment has been reached. In light of those facts, he concluded that he would therefore support denying the motions.

At a meeting that will be scheduled in the following weeks, potential disciplinary action will be considered.

The legalization of medicinal use  in Nevada followed the success of two ballot initiatives in 1998 and 2000. In 2013, a unique piece of law allowing licensed sales was approved. The first medical marijuana dispensary opened on July 31, 2015. Cannabis usage for recreational reasons became legal in Nevada on January 1st, 2017, after the approval of Question 2 during the 2016 election while the first cannabis sales under legal provisions happened on July 1, 2017.

According to a statement made on September 14 by the Nevada Cannabis Control Board (CCB), applications for consumption lounges will be accepted starting on October 14 at 8 am and running through October 27. Applications must be filed through the Customer Portal for Accela Cannabis.

The Nevada Cannabis Commission Board has a tough decision to make. Whichever decision they take will pass a vital message to other third-party cannabis laboratories in the state. 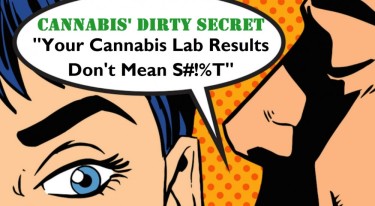 Previous Is CBL a cannabinoid

Next If Japan Legalizes Medical Marijuana, What Does That Mean for the Rest of Asia?

How Does Cannabis Impact Women’s Fertility and Ovulation?

Before we begin – there will be talk of weed! However, in order to make this article be the most effective it can be – Let’s start at the beginning.   For as long as I can remember, I have been working on aligning my unconscious mind with my conscious desire. I first started meditating …

Why are cannabis prices falling when inflation is at record highs? The simple answer is there’s more supply than demand. Producers have excess inventory, and to sell it, they have to cut prices. According to Statistics Canada, prices for dried cannabis flower have dropped between 8.3 and 10.2 percent over the last year. Flower prices …

There is, will, and can only ever be one Wu-Tang Clan. The Wu-Tang Clan has a career-long connection to cannabis, including performing at the 2017 Cannabis Cup. There’s much to explore when it comes to the cannabis and Wu-Tang Clan. Some questioned Ol’ Dirty Bastard’s claim that “Wu-Tang is for the children” at the 1998 Grammy …

Gummy bears and gummy worms have been enjoyed as a tasty snacks for years! Who knew gummy bears could have positive effects on your health? After all, isn’t candy bad for you? Looking at Hemp gummies vs. CBD gummies, the results are very different! Both derive from the hemp plant and contain excellent health properties; …

More Studies Prove That Cannabis Improves Patients’ Quality Of Life   Individuals who suffer from many different kinds of medical conditions often have to comprise many aspects of their life. This is especially true when it comes to pain.   Pain conditions rob patients’ quality of life, making it difficult to live what they knew …