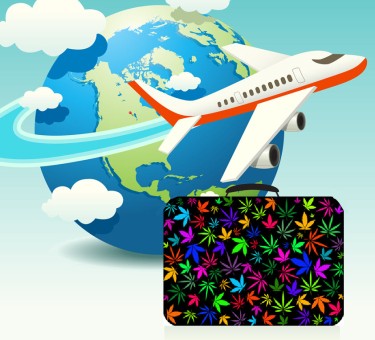 Traveling can be considered one the most exciting things to do in the world as it incorporates the freshness of a new place with the feel of vacation or at least not working.  As people who smoke cannabis and like to travel, we are always very aware of the cannabis laws enforced in any country we go to for a visit. If you enjoy smoking cannabis and don’t want to end up in prison during your holiday, I suggest you read on to learn about the ten countries where the laws on the use and possession of marijuana are more strict. Here are the ten countries where cannabis is seriously prohibited.

In Singapore, the trafficking, use, and or possession of cannabis is punished with the death penalty by hanging ( I shouldn’t have to say, but there has never been a pardoned case so far).

In this country, possession and use of cannabis and other drugs are punishable by 50 lashes and about 20 years in prison. Substance trafficking is punishable by the death penalty. In the case of foreigners, you will get deported after the sentence has been served.

Indonesia has one of the highest number of visitors in the world in the world. Regardless, the nation does not distinguish between citizens and tourists in such matters. Sentencing for drug possession range from 4 to 20 years in prison and can get as serious as the death penalty in some instances.

In the UAE, the prison convictions range from 4 years to an inconsequential life sentence for possession of drugs. Some cases that include trafficking could lead to a sentence of death by decapitation.

The Philippines, quite a beautiful country, I must add, is no friend of marijuana. The drug trafficking penalties range from two extremes (life imprisonment to execution). Selling about 1.5 grams of cannabis can earn someone a sentence of life in prison.

Making use of any form of recreational drug (including marijuana) attracts punishments by public flogging, imprisonment pensa, or deportation. Trafficking of large quantities of drugs can attract death by the beheading penalty.

The last sentence you could get for possession and or consumption of cannabis in Taiwan is a minimum of 7 years in jail. But trafficking and possession of large amounts can attract the death penalty.

Here, drug trafficking and possession attract hefty prison sentences and even up to the death penalty if it exceeds 50 grams. China records the most executions carried out per year (over 1000), according to Amnesty International. Note that the drugs most consumed in China are: cocaine, methamphetamine, and heroin.

In Iran, the sentences for possession of cannabis range from flogging to life in prison.

Possessing any part of the ant in Cuba can earn you up to 4 to 10 years in prison. For larger amounts, the sentence could be increased to 8 to 20 years, and the death penalty to come if the offense was done by a state official.

It’s not all bad, and you can still travel to explore other cannabis-friendly countries as a smoker.

Individuals are booking more trips than ever that include stops in countries where marijuana use is legal, thanks to the legalization of medical and recreational marijuana in the United States and other countries.

Here are some countries you can go to and still enjoy your joint.

Amsterdam has a long history of being the cannabis traveler’s mecca and is still a popular destination. Since marijuana has been accepted but not technically legal to use in The Netherlands for many years, tourists from abroad seeking a more luxurious vacation destination frequently frequent the coffee shops that sell marijuana. It’s vital to remember that while smoking marijuana at coffee shops is permitted, doing so in your hotel room is illegal. That doesn’t necessarily mean that you will be charged by the police; it’s just something to be aware of.

Interesting fact: Coffee shops were initially shut down when Covid first started closing down companies in Amsterdam. They were reopened a few days later, though, since they were judged “vital.”

Just have to thank Canada for their highly progressive cannabis laws, a good thing for smokers; if only the USA would do the same. Canadians and foreigners are permitted to keep up to 30 grams of marijuana in their vehicles and on their person in public from Vancouver to Montreal. The Great White North was a well-liked vacation spot for visitors from the United States and other countries before Covid. It’s reasonable to expect that as soon as the borders open up again, cannabis tourism in Canada will begin to take up again.

One of the best spots on earth is this Caribbean Sea island paradise. Since as early as 2004, when the sole source of marijuana was a Jamaican on the beach, in the street, in a hotel lobby, at an airport, etc. Tourists can now find legal dispensaries (for those who are 18 and older) with rare strains and consumption areas. Although it is prohibited for anybody besides Rastafarians to smoke marijuana in public, marijuana use is so ingrained in Jamaican culture that it is hardly given a second thought. In Jamaica, you can feel secure using marijuana as long as you treat others with respect.

Belize allows for the private use and possession of up to 10 grams of cannabis, but the adult-use market has not yet been established in this nation on the Yucatan Peninsula. Although it is officially forbidden, the Belizean government usually allows it as long as visitors behave properly and don’t fight in public.

The highest average per capita use of cannabis in Latin America is found in this blunt-shaped nation, where it is permitted for individuals to possess and use the drug privately at home. Public usage is still not permitted, just like it is in the other nations on our list.

Just like the wages of sin is death, the repercussions of smoking in the countries with those stringent laws are real, so you should think twice about even traveling to those countries with any substances. 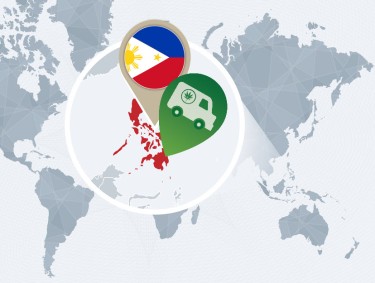 IS THERE HOPE WITH DUERTE GONE THAT THE PHILIPPINES CHANGE?

King’s College London Begins 6,000-Person Study on Cannabis andMental Health   An academic institution in London has begun a £2.5 million investigation into the impact of marijuana on the brain. One of the top 10 colleges in the U.K., King’s College London, recently declared that it was about to commence research on how cannabis affects …

Smoking concentrates/extracts has become rapidly popular in the cannabis community, and chances are you have heard of it. This style of cannabis consumption is often called “dabbing” – not to be mistaken for the popular dance move. The act of “dabbing” is a little different than smoking flower, but don’t be intimidated! Dabbing is the …

What you are reading was written purely for your entertainment. It’s about joy, hopefully, some laughter and cannabis, of course. After all, cannabis can be pretty funny sometimes. From getting the giggles to doing something ridiculous, the plant inspires chuckling. Cannabis is like mother nature’s messenger; it reminds us to feel good, be healthy, eat …

The sale of marijuana in the state of Arizona maintains its overall growth and development, thanks to the massive blowup in sales of recreational marijuana. But as sales of adult-use recreational cannabis are going up, medical cannabis revenues are taking a nosedive which started last year.   The two controlled marijuana markets in the state …