Despite the industry’s assurances that social equality will level the playing field, the majority of varied license applicants and holders believe the odds are stacked against them, and they are right.

Juan Aguirre had worked in Michigan as a nurse manager and medicinal marijuana caregiver before making vital connections in the field. He stated that you probably wouldn’t know where to start if you had never managed a licensed facility.

The businessman was one of four owners of social equity stores who spoke about their difficulties utilizing government-run initiatives designed to help them in their operations during the investigation about cannabis social equity organized by MjBizDaily.

Ryan Brown, a social equity candidate, struck an arrangement with a landlord to hold property in the middle of Los Angeles while he went through the application process for obtaining a delivery license. He said that extensive administrative delays with the city’s Department of Cannabis Regulation (DCR) and other roadblocks prevented the transaction from happening.

Brown was ready to pay the $1,500 deposit, but the landlord raised the price. Later, the landlord leased it to another proprietor of a business. Brown said, “I ended up losing the land.” Brown has been trying to get a marijuana permit under L.A.’s social equity scheme for more than two years.

Throughout that time, he has spent over $15,000 on various applications and city expenses. And as a result, has profited nothing. He asserted that the money he had put into investments with DCR and elsewhere “simply went down the toilet.” “DCR took no action to protect me. For one day, I didn’t do any business.

Aguirre registered for the Illinois lottery in December 2019 by submitting ten $2,500 applications.

This summer, the state finally issued its first 185 licenses to social equity applicants following years of legal disputes, administrative delays, and challenges presented by the coronavirus pandemic. Aguirre received social equity status after his company, Illinois Kindness, hired ten employees, half of whom had to meet one of the following criteria.

His business received a temporary permit for a dispensary in the Chicagoland region, one of the 17 state regions allocated for cannabis businesses, in late July.

The next priority for Aguirre is to acquire real estate, which is a major concern for the majority of marijuana business owners. He told MjBizDaily that he’s still looking for a location that will work for target customers. Once the facility is finished, they plan to sell the license to the highest bidder. This decision is majorly due to Investor fallout.

The company is considering additional spaces in Pilsen, a thriving Latino and arts area on Chicago’s Lower West Side that has undergone a substantial change recently to become one of the bubbling communities in the city.

According to the retailer, the problem is that there aren’t many real estate opportunities accessible there due to the numerous zoning restrictions close to churches, schools, and other existing or potential dispensaries. He also claimed that multistate corporations had taken control of many top-tier areas, thus restricting the map in the crowded city. You have these MSOs that have put their stock in the places that they think are wonderful real estate.

It’s worth mentioning that Aguirre recently lost a Democratic Congressional primary in June while running on a platform of medicinal marijuana business potential, universal income, and health care.

The average amount applicants spend when seeking social equity in New Jersey is less than $1,000; thus, hefty application fees that burden operators in marijuana marketplaces across the state are less of a concern.

Beyond real estate and money, one of their top concerns is finding moderately priced and dependable legal aid to help them manage the state’s complex web of paperwork and other procedures.

According to Justin Crosgile, who last summer received preliminary approval from the New Jersey Cannabis Regulatory Commission for a marijuana retail license, the legal aspect of it could be a worry. An engagement letter from one law firm, covering legal services for the provisional application only, was provided by Crosgile to MJBizDaily. Their flat fee alone was $100,000.

Nike John, a Bostonian, could not obtain neighborhood approval on her own; she required community outreach events, evidence of support from neighbors, and a letter from the local city councilor. This process took over a year to complete.

The Boston Cannabis Board allegedly denied the social equity applicant’s initial application because she didn’t reside close enough to the city and didn’t have enough local support.

The board also suggested a $15,000 traffic study be conducted in the vicinity of the proposed dispensary’s location in Charlestown’s renowned waterfront neighborhood. According to John, she received more letters of recommendation than any other applicant accepted—more than 200. John, raised in the city and now resides in the Dorchester district, stated, “They didn’t want me to open.”

She added that she was the first nonwhite candidate to open in a predominantly white residential district in Boston.”

She pushed the city to commission a traffic study, revealing that the storefront wouldn’t affect traffic. This cleared the way for the license approval in May, six months after she initially submitted her application. John is pleased that she followed her mother’s advice to work in the cannabis market despite the hurdles.

Many people in social equity desire to see more significant improvements in their local communities, including increasing diversity among business owners and executives. Many of them entered the cannabis industry at the time since there weren’t many minority owners, and there still aren’t many. They should start to see more of these soon.

SOCIAL EQUITY AND WEED, READ ON… 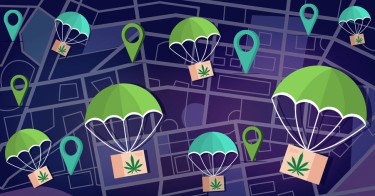 Next Flower Is Still King in the Cannabis World, But For How Long?

In British Columbia, outside of Vancouver, it will be illegal to possess LSD. For three years after January 31, 2023, though, possessing up to 2.5gs of a few other drugs will no longer be an offence in the Canadian province. An exemption has been granted in British Columbia that will decriminalize certain drugs including opiates, …

The government of Canada places a high value on the well-being of its veterans compared to their neighors to the South. One of the ways it sought to show this is by setting up a reimbursement policy for the medical use of cannabis by veterans. This policy was implemented after input from all concerned stakeholders and  …